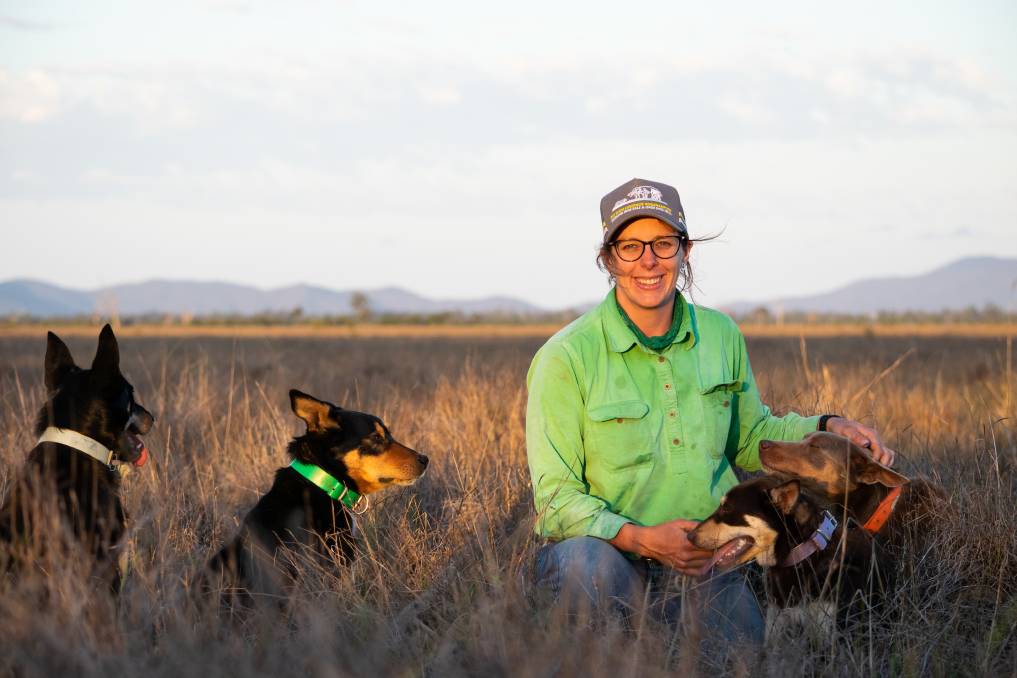 Ellie Carter says her path hasn't always been straight but it's led her to where she wants to be now.

Meet the English girl who was inspired by a western classic.

As a young, horse mad girl from Yorkshire in England, Ellie Carter had always dreamed of being a cowgirl.

At just seven years of age she can still remember sitting in her grandparents house in Ilkley, West Yorkshire and watching a young and vibrant Doris Day dance across the television screen in the 1950's western classic Calamity Jane.

Drawn to the character's confidence, charisma, and her ability to 'outdraw, out-stalk and outride any man in Deadwood City,' Ellie became inspired by the very notion of it all.

Growing up on small block near Skipton on the edge of the Yorkshire Dales, she spent much of her early life competing in many local pony club events and shows.

"I wanted to leave school flat out at age 16 and just go and ride horses for a living but my Mum's a teacher and she was like 'you're not leaving school, you've got to get something so that you can go to University if you want'," she recalled.

"So at 16 I decided to leave home and school altogether to go study equine management for two years at Warwickshire College to get a national diploma in horse management. 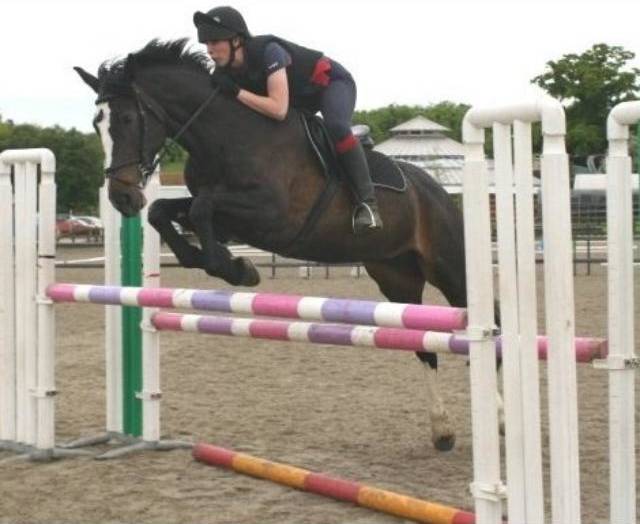 Competing in the UK.

After finishing college Ellie went on to work as a stable hand for a renowned eventing lady, and it was through this job that her life would soon take an interesting turn.

"I'd always wanted to go travelling so when the work ran out at the stable I told my boss I was thinking of either heading to Australia or Canada because I wanted to go and be a real cowgirl," she said.

"She happened to have really good family friends in Victoria that owned a Hereford and Merino place down there. My first thought was 'I don't really know where that is but I'll give it crack.'

"I'd just turned 19, and two days later I was on a plane to Australia. I ended up getting the job in Victoria and literally became the original backpacker."

I wanted to be a Calamity Jane. - Ellie Carter 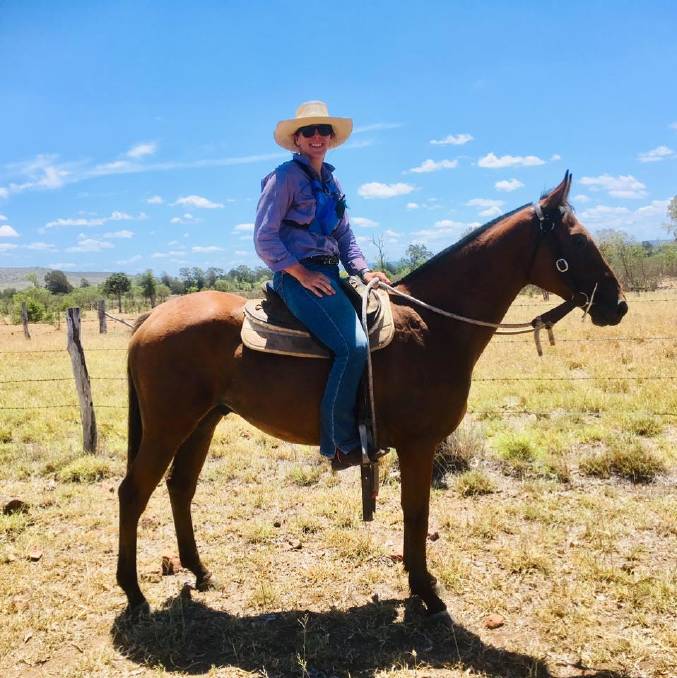 Ellie traded the jodphurs for jeans and even got herself a Stock Horse gelding called Yorkie, named after the area in which she grew up.

Initially only intending to spend one year in Australia, before heading to Canada for a year and then back home, Ellie soon realised that things in life rarely ever go to plan.

"Where I worked in Victoria for my first year was a beautiful Grampians, Western District property and I loved it there but I was chasing an outback cowgirl experience. I wanted to be a Calamity Jane,"she said.

"I got a hold of the Outback Magazine and emailed all the stations listed on the back, because that's what someone told me I needed to do If I wanted to get a job as a cowgirl and landed a job up near Camooweal.

"I had no money by this point and thought 'now what's the cheapest way for me to get from Ballarat to Camooweal."

A Tiger flight, a sleepless night on an airport bench, a strange hostel and a Greyhound bus ride later, Ellie had finally arrived in Mount Isa. "I did nearly a year up there on a couple of different properties and absolutely loved it; riding horses, chasing cows, campdrafting," she said.

"I was living this great life. It gets under your skin up there and I remember thinking to myself 'I don't think there's any turning back now'. I couldn't go back to Yorkshire and work in a building society or something.

"There's nothing wrong with the UK, its very beautiful but I just love agriculture and I love Australia. There's so much freedom and opportunity. I would never have had the opportunities I've had if I were still in the UK."

Ellie has forged quite a career for herself within the Australian agriculture industry over the past decade.

After heading back to Victoria to complete a degree in agribusiness through Marcus Oldham College, she returned north a few more times before taking up a job as an agriculture consultant for the Fitzroy Basin Association in Rockhampton.

"I worked at FBA for four and a half years where I met a lot of landholders and became exposed to a lot of different grazing operations," she said.

"I got to a stage where I was over the office lifestyle and wanted to be outside with the animals, on the land again because that's my passion. Being out bush is why I love Australia so much." 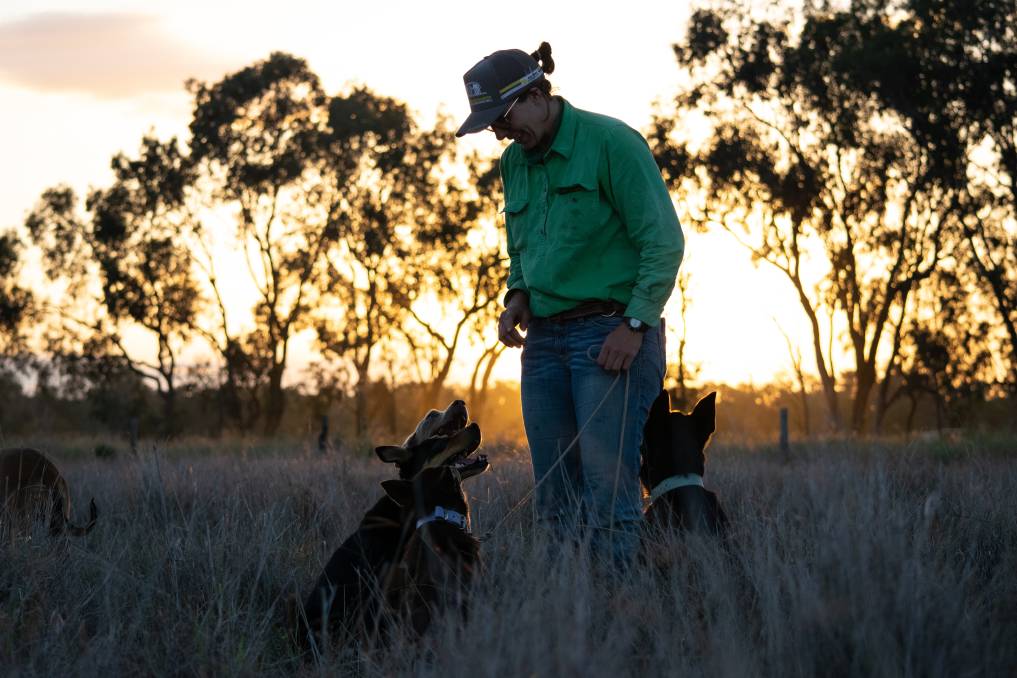 Now this British powerhouse is back to getting her hands dirty after landing herself a job as an assistant manager at Tarramba, a 8094 hectare cattle property near Banana early this year.

"Working in a management position on the land has been a steep learning curve for me," she said.

"I really appreciate how much skill a landholder has to have to run a successful business. You've got to manage people, grass, animal nutrition, you're a vet at times, and a plumber, a boiler maker a mechanic. You've got to know so much."

Ellie has also been involved in an Advancing Beef Leadership Program which has put her into contact with many Industry mentors to help her develop her own goals.

"I want to buy my own property one day and when you read all the newspaper articles now you can be easily deterred by the sight of land prices these days," she said.

"It can be off putting but I've got myself a good mentor and every great thing that ever happens in life starts with one small step.

"I want to be able to utilise what I've learnt and apply it to my own farm one day. I'd love to own my own property and grow veggies and potentially do multispecies grazing. That's a long way off but its the goal and Ill get there. You have to believe it." 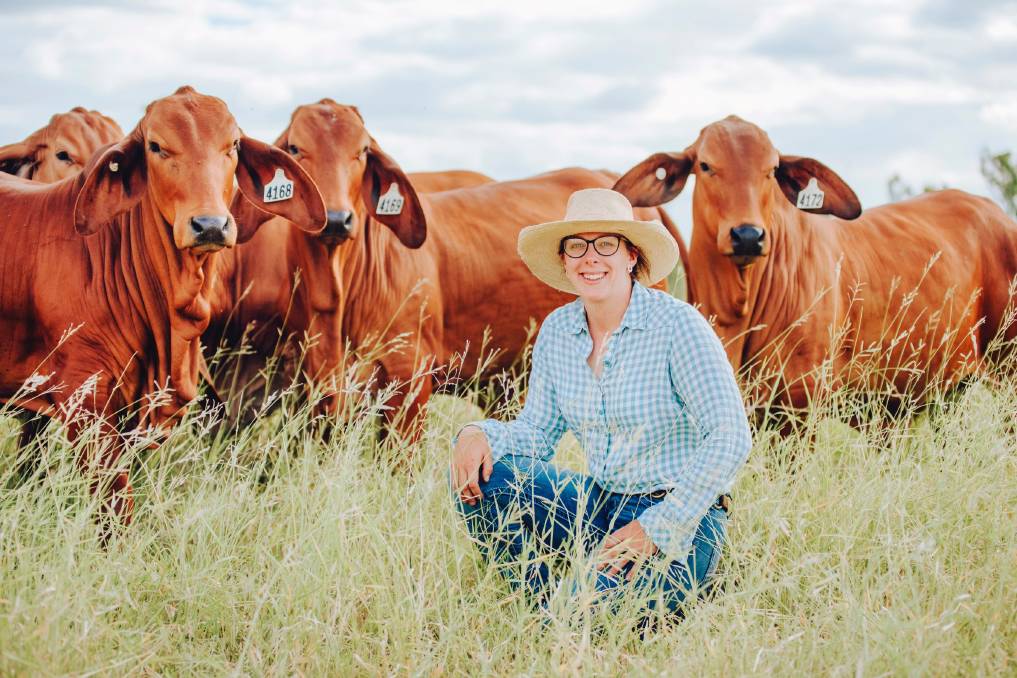 Ellie is certainly living her Calamity Jane dream to prove that if you're passionate and willing to put a bit of work in there are opportunities galore.

"Sometimes I just stop the motorbike, or sit on my horse and look out over the paddocks with cattle happily grazing and the dogs by my side I'm filled with such joy," she said.

"I love the lifestyle and love learning and there is heaps of opportunity for that when you're working on the land."