The event was postponed following the cancellation of the Ekka. 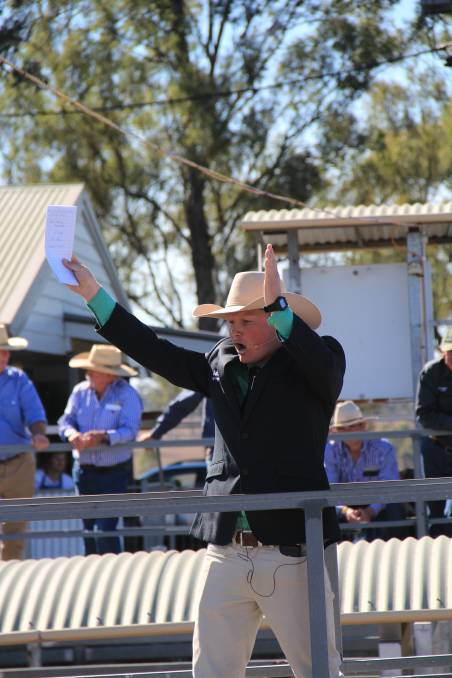 The Australian Livestock and Property Agents Association has announced a new date and venue for this year's Queensland Young Auctioneers Competition state final after its forced postponement earlier this month.

The top 10 young auctioneers will head to Roma on October 12 and work their craft on a line of cattle in the new selling ring.

Traditionally held during the Royal Queensland Show, this year it will instead take place at the largest cattle selling facility in the southern hemisphere instead.

Also read: Look back on the 2020 competition winners

It follows on from the 2020 competition being held at Silverdale Saleyards, due to COVID-19 disruptions.

ALPA CEO Peter Baldwin said the young auctioneers would get a massive buzz in the event's new location.

"The competitors really will be up on stage," he said.

"We're talking about the best of the best in terms of numbers, status and facility.

"We are just over the moon that the Maranoa council and the agent's association have given us the go ahead."

Negotiations are currently underway with a Roma Saleyards client to source the 30 animals for the young agents to sell.

A dinner will be held that night to celebrate the competitors achievements.

Those who can't attend in person will be able to tune into ACM's livestream of the competition.