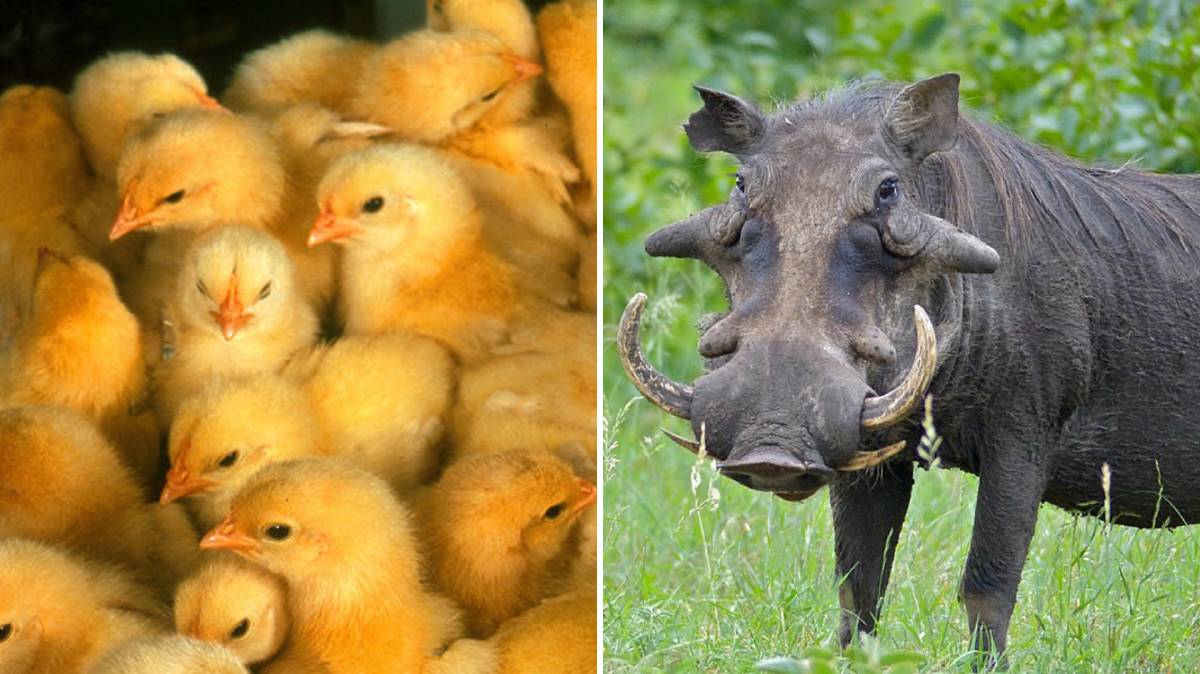 Gene technology could end the practise of culling male chicks in the poultry industry, while warthog genes could be used to stop African swine flu killing pigs.

For more than a decade, the cropping sector has benefited from gene technology, which has been used to make species more drought or pest resistant, or more resistant to certain pesticides.

But using the same technology in animals is still in its infancy. The only registered genetically-engineered livestock in the world is AquAdvantage salmon, which grows to market size in just 16 to 18 months rather than three years.

That could soon change, as researchers explore the practical applications of the technology and government policy slowly shifts.

Although fast-growing animals are the focus of AquAdvantage, CSIRO team leader in generic engineering for biosecurity Dr Mark Tizard said the current wave of research was "not aiming to create super-sized cows or eggs".

Instead, the focus is on solving problems that are important to both the agriculture sector and consumers, such as improving animal welfare.

"Using technology to modify animals and improve their resistance to disease is really valuable - it saves the industry costs and it improves the welfare of animals," Dr Tizard said.

"It makes a tangible difference to the public, who would be happy to know these animals are living healthier lives."

Overseas trials have successfully removed a tiny piece of a receptor on the surface of cells, which is used by the Porcine Reproductive and Respiratory Syndrome (PRRS) virus to infect pigs.

"It basically blocks the virus from sticking and infecting pigs," Dr Tizard said.

There is research that has transplanted a gene segment from warthogs into pigs, to stop them from having a fatal response to African swine flu.

"Warthogs don't have the same response to the disease, when they get it, it's like a common cold and once they shake it they're fine," Dr Tizard said.

"Changing that one gene gives pigs resilience - not resistance - to African swine flu."

All of this has been made possible by gene editing technology known as CRISPR, best described as "molecular scissors".

The CSIRO has been working on using gene technology to determine the sex of chickens before they hatch, which could end the practise of culling male chicks in the poultry industry.

A genetic marker can be placed on the chicken's male chromosome and bred into the egg laying hens.

When the eggs go through a scanner, the male eggs are immediately identified right after they are laid, before they go through the 21-day incubation process, and removed from the system.

The CSIRO has also worked out how to use gene technology to skip generations of selective breeding, which can be used in the cattle industry to move to hornless herds in years instead of decades, removing the need for dehorning and avoiding animal welfare issues.

Even though the process involves inserting cow genes into a cow, it still falls under the category of genetically modified, which has a lengthy and costly regulation process.

Dr Tizard said the potential for gene technology in livestock had been acknowledged by the government in recent years.

Policies and regulations have slowly been shifting to better accommodate the emerging field, but there is still some way to go.

"They've just reviewed some of the regulations and made amendments," Dr Tizard said.

"There's recognition there may be scope to improve things that don't pose high risk.

"We're not complaining about the regulations, we know they have an important role in ensuring the public is safe."