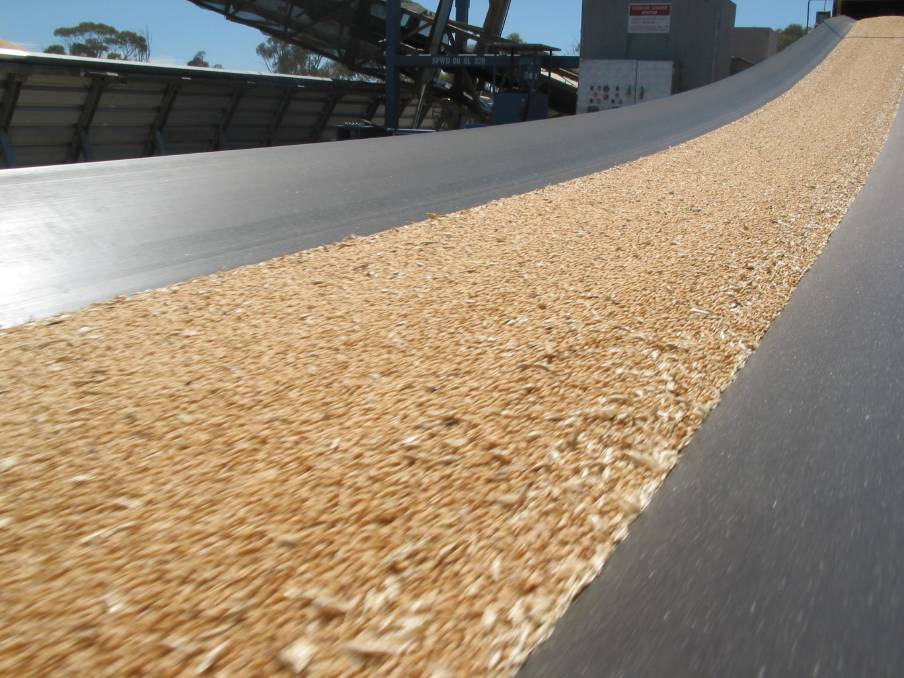 Local wheat growers are on a winner compared to those in many parts of the Northern Hemisphere who are grappling with unseasonal weather and lower production estimates.

Local wheat growers are benefiting from winter crop disasters and less production in the Northern Hemisphere.

The prospects of a record wheat harvest in Argentina this season have taken a hit during the past two weeks, as bad weather threatens to derail crop progress.

A lack of soil moisture and regular frosts in the northern and central regions are the biggest issues in the near term as the crops approach spring and enter the critical - and moisture dependent - reproductive phase.

The US Department of Agriculture's (USDA) Foreign Agricultural Service (FAS) released its latest Grain and Feed Update for Argentina on July 27 - before the recent weather concerns became apparent.

It expected the nation's wheat production to reach a record 20.8 million tonnes in the 2021-22 marketing year.

The report pegged the planted area at 6.65 million hectares and suggested it would have been higher, except for dry conditions during planting in parts of northern Cordoba, Santiago del Estero and Chaco.

The FAS predicted Argentina's wheat exports would reach an all-time high of 14 million tonnes, including wheat flour, which would eclipse the 13.5 million tonnes exported in 2019-20.

This estimate was also up more than 30 per cent from the 10.7 million tonnes that was expected to be shipped in the year to November 2021.

Barley production in Argentina was forecast to be 4.8 million tonnes for the 2021-22 marketing year.

Exports of barley out of the nation were forecast by the USDA to be 3.2 million tonnes.

This would be 28pc higher than the 2.5 million tonnes expected to be shipped in the 12 months to November 2021.

According to the Buenos Aires Grain Exchange (BAGE), planting of this year's wheat crop is almost complete.

Almost 100pc of the projected area had been planted by the end of last week, which was up 0.7 percentage points week-on-week.

The seeding action is concentrated in the southern agricultural regions of Argentina, where the season starts much later than in the north to minimise the risks associated with late-season frosts.

The deterioration in wheat crop conditions and soil moisture status since late July is the telling story.

Argentina's good-to-excellent crop rating dropped from 55pc to 47.6pc in the seven days to August 4.

The soil moisture status plunged from 64.9pc favourable-to-optimal to 56.6pc during the same period.

These are big changes when it is still winter and most of the crop has not reached the phenological stem elongation stage.

The BAGE production estimates are a little more conservative than those from the FAS.

Its estimate of 19 million tonnes - coming off 6.5 million hectares - is unchanged month-on-month, despite the reported moisture stress and frost damage in the northern and central provinces.

The good news is that the higher producing fields in the southern part of the country are in good shape, and are countering the production losses further north for the moment.

BAGE has pegged Argentine wheat exports at 12 million tonnes for the 2021-22 marketing year, which starts on December 1.

It has been reported that growers in the south of the country, where 95pc of the nation's barley is grown, have switched paddocks from wheat to barley this season due to better returns per hectare.

Meanwhile, export vessels departing the Argentine grains hub of Rosario on the Parana River are having to reduce cargoes by as much as 25pc due to very low water levels.

There does not appear to be any relief in sight, as the headwaters forecast is for conditions to stay dry for months.

The ongoing drought in neighbouring Brazil, where the river originates, has slashed dam releases to a minimum and led to increased draft restrictions for export vessels.

The Parana transports about 80pc of Argentina's farm exports, and stream flows are at a 77-year low.

This has seriously impacted shipments of the country's key exports, including soybeans, soybean meal, wheat, barley and corn.

It also comes at the peak of the Argentine row crop export season, and questions are mounting about the waterway's ability to handle the nation's winter crop export traffic late this year and into 2022.

The waterway also carries 90pc of Paraguayan and 50pc of Bolivian export trade, as it is the most efficient avenue to global markets for the two landlocked nations.

The drier than usual conditions are forecast to persist across southern Brazil for the next three months.

If stream flows do not increase, the dead freight component on each export cargo could rise to as much as 40pc during the summer months.

The Argentine government has taken the drastic step of asking citizens to limit their water use for domestic and industrial purposes in a bid to relieve pressure on the river.

According to the Rosario Grains Exchange, the low river flows will cost the country's grain farmers about US$315 million in the six months to August 31 this year.

Confirmation of a return to a La Nina weather pattern in the Equatorial Pacific, as the Southern Hemisphere spring approaches, is not a good sign for Argentina's winter crop prospects.

La Nina typically leads to below-average rainfall in Argentina, which is the opposite of what occurs in Australia.

In August last year, the same weather pattern developed across Argentina and resulted in a dry finish.

This took the gloss off what had promised to be a well above-average season.

A winter crop disaster in Canada, lower US wheat production, a Russian crop heading south in a hurry, quality issues in the European Union due to a wet harvest and now La Nina in Argentina leaves Australia the "sweetheart" of the wheat world right now.

Wheat is a volcano on the verge of eruption, and Australia is well placed to reap the benefits this year.

The story Australia is the "sweetheart" of the wheat world first appeared on The Land.