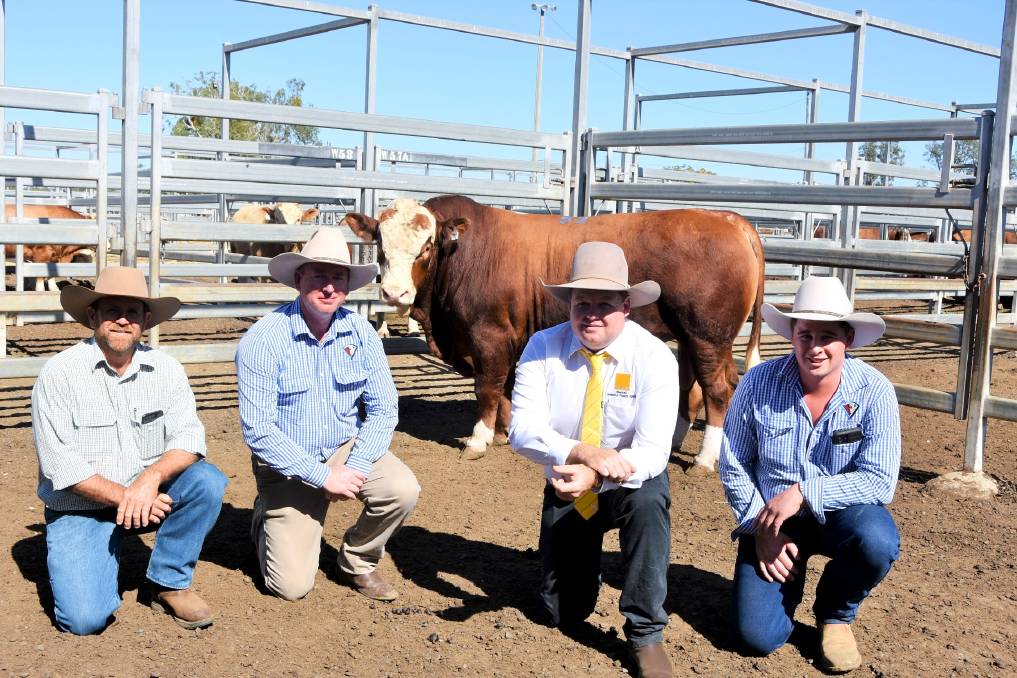 The first annual Queensland Simmental bull sale has been hailed a huge success, with 82 bulls selling to average $12,207 at Gracemere on Monday.

THE first annual Queensland Simmental bull sale will be one for the history books, following Monday's sale success, in which 82 bulls sold to reach a top of $22,000 at Gracemere.

Bulls were sourced from 12 studs across Queensland and interstate, with producers buying up big at the largest Simmental genetic offering ever catalogued, Australia-wide.

A son of Brenair Park Lemair, the 25-month-old sire prospect weighed in at 880 kilograms and scanned 143 square centimetres for eye muscle area. BIDDING WAR: Daraabah Quambone (P) had the figures and the appeal to back him in the ring. 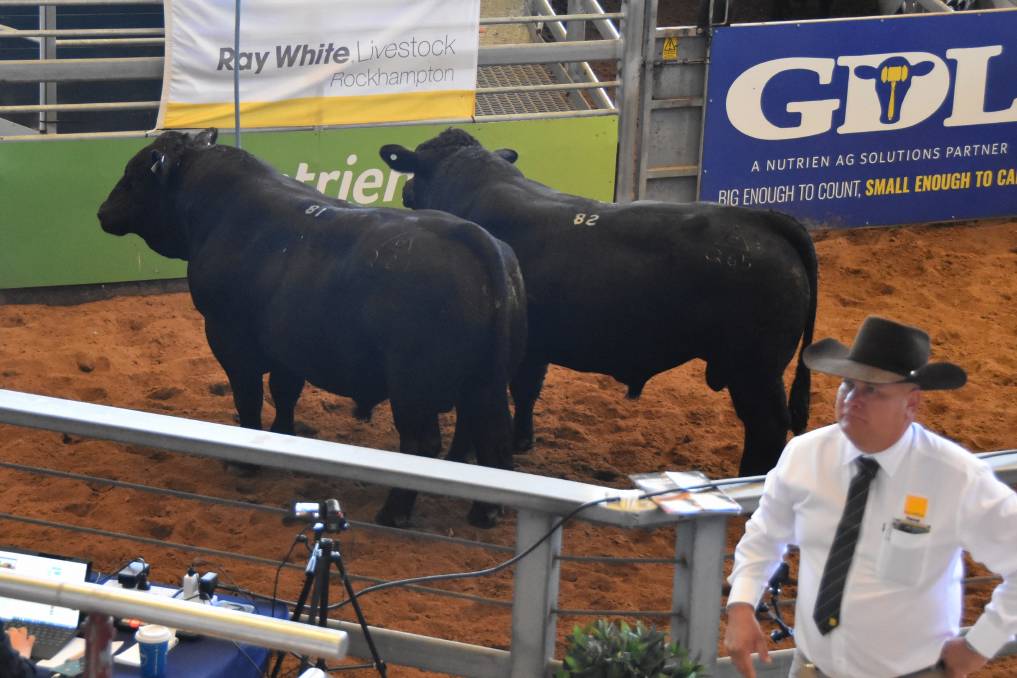 Bonnydale Q Maverick Q80 (P) sold for $21,000 to Brookston Pastoral Company at Mackay, and is pictured in the ring with Bonnydale Q Nashville Q65 (P).

Itching close behind the top bull price were four Simmental bulls which all hit the $20,000 market, and these bulls include: Grangeburn Quickdraw (PP), Daraabah Quade, Daraabah Quokka (P) and Lone Station Quattro (P).

"We're extremely pleased with the support that we had from commercial bull buyers," Mr Manwill said.

"It's difficult to put a new sale together, but we're really pleased that the vendors put together a quality draft that weren't over prepared.

"We think that was reflected in the sale price and 100pc clearance rate." 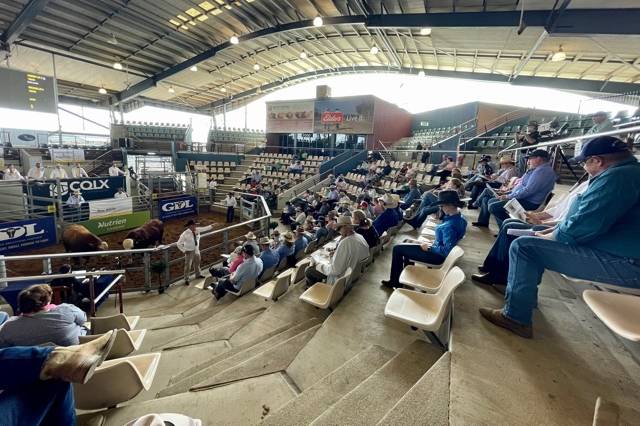 BUYING FRENZY: More than 100 buyers and vendors from across Australia attended the first Queensland Simmental bull sale at CQLX Gracemere on Monday.

Mr Manwill said the pressure was extremely tight to ensure that the quality of bulls were present on the day.

"Our primary market for Simmental is over Bos indicus cattle and our primary target market is for Brahmans and that's why we've placed the sale here in the Fitzroy Basin," he said.

"The future of Simmental breed, at least in Queensland, is as a crossover of Bos indicus cattle and it's a cross that's been working for a number of years, but it's gaining momentum now."