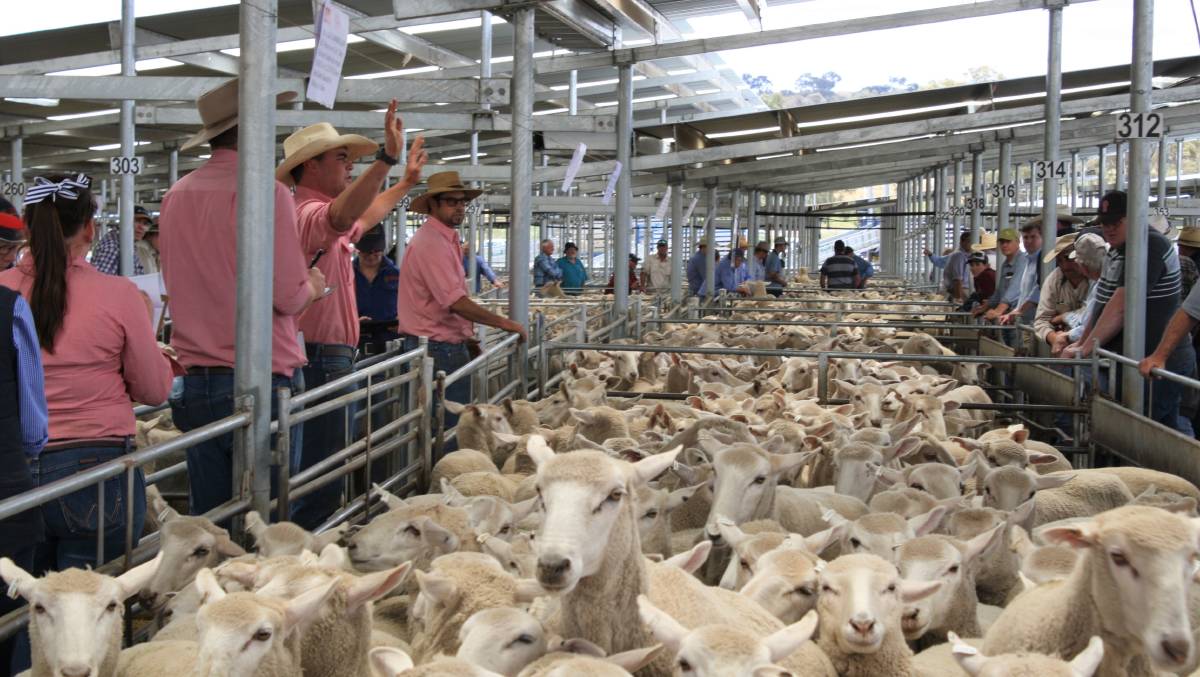 Australia's lamb and mutton markets are heading towards record territory as confidence overflows into saleyards.

The lamb market is surging toward record prices with no sign of the winter rally running out of steam anytime soon.

And confidence is brimming as the Bureau of Meteorology (BOM) suggested there is potential for a La Nina to returning in spring.

All eastern states indicators are trending well above levels the same time last year, with restocker lamb leading the way making the biggest gains in the last month.

On Wednesday restocker lamb was at 958 cents per kilogram carcase weight (cwt) - surging 21c in a day and 113c better than four weeks ago.

Meat and Livestock Australia livestock market reporter Leanne Dax reported the headline act last week was at Wagga Wagga with a yarding of more than 42,000 lambs and 8950 sheep.

The saleyard office reported a new gross high of $11 million dollars and the average price per head across the yarding was a whopping $226.

The report said demand was unrelenting from exporters and the sale consistently sold lambs 30kg carcass weight and above from $300-$335.20.

And according to MLA reports new season lambs have already hit some saleyards.

"With a month of winter left and a larger than expected lamb cohort of 2020 that has delivered strong supply throughout the traditional autumn/winter lull, analysis expects another increase in the spring flush for 2021," Mr Bignell said.

"This may place downward pressure on the lamb market."

On Wednesday, Cowra yarded 1534 new season lambs, accounting for 29 per cent of the yarding.

A month ago, no young lambs were registered at all, showing those lambs are beginning to hit the markets.

These lambs averaged 23kg cwt and the majority went to processors.

Since the start of July, new season lambs at Corowa have appreciated 84c to sit at 958c/kg cwt and average $220 per head.

While Cowra delivered most of its new season lambs to the processors, lighter types hit Warwick saleyards this week, averaging 17kg cwt, and the restockers were prominent purchasers.

The Eastern States Trade Lamb Indicator (ESTLI) has lifted strongly over the past month, rising 68c to currently sit at 925/kg cwt.

Merino and heavy lambs are also trading at elevated levels.

"This analysis suggests the highest prices paid in the winter peak of 2021 are at least six weeks later than 2020, with time still to run prior to the spring flush," Mr Bignell said.

"To put that into perspective, this would be an increase in $35.50 per head, assuming the lambs average 25kg cwt, to average $232 per head.

"The heavier carcase weight assumed is due to the seasonal conditions, which has seen turnoff weights for lambs lift while still being purchased by the processors for the domestic trade.

Mutton is also moving closer to that elusive 700c/kg landing at 694c/kg cwt on Wednesday.

For Victoria, its medium mutton OTH price is sitting at 666c/kg cwt, its highest price since hitting 670c/kg cwt in early April.