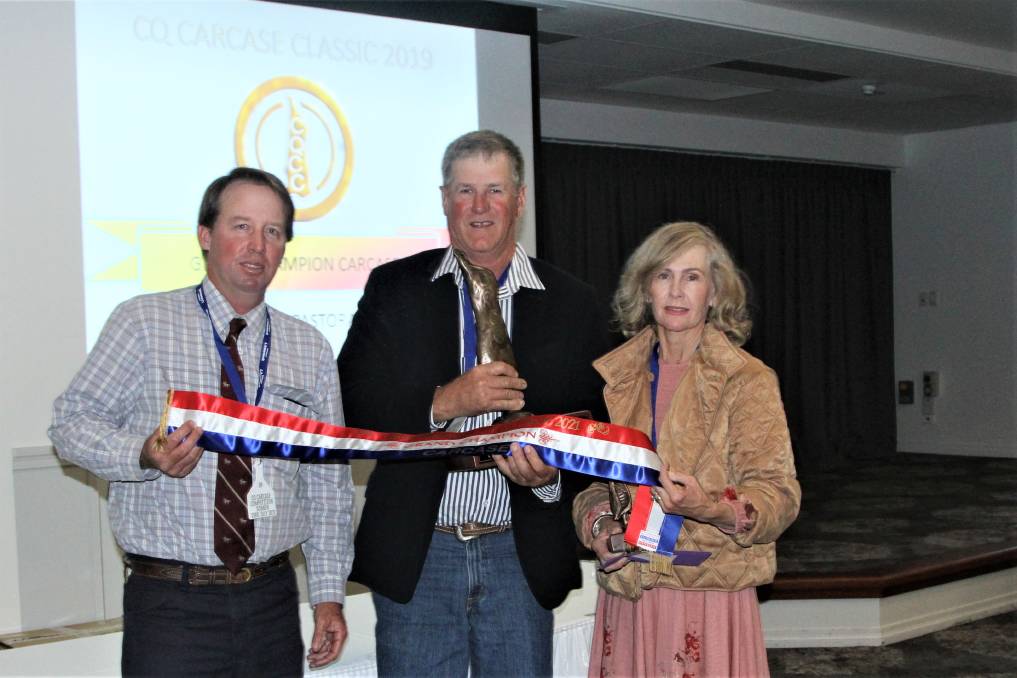 The Olive family continue to excel after 12 years of competing in the Central Queensland Carcase Classic, securing their second grand champion win in this year's competition.

Their Charbray heifer was awarded 161.96 points in the pen of three grain-fed steers or heifers, max four teeth, 300-420kg class.

Tim Olive and his family were stoked to get a spot on the podium, and grateful to have been able to share their success with other families who also won their share of awards on the night.

"We came off a big week with work and we were appreciative to have a night off with mates and then to have the success we did was an incredible moment," Mr Olive said.

"After receiving our kill feedback data from Teys, we knew we had a few good ones amongst our mix but you can never be too sure." 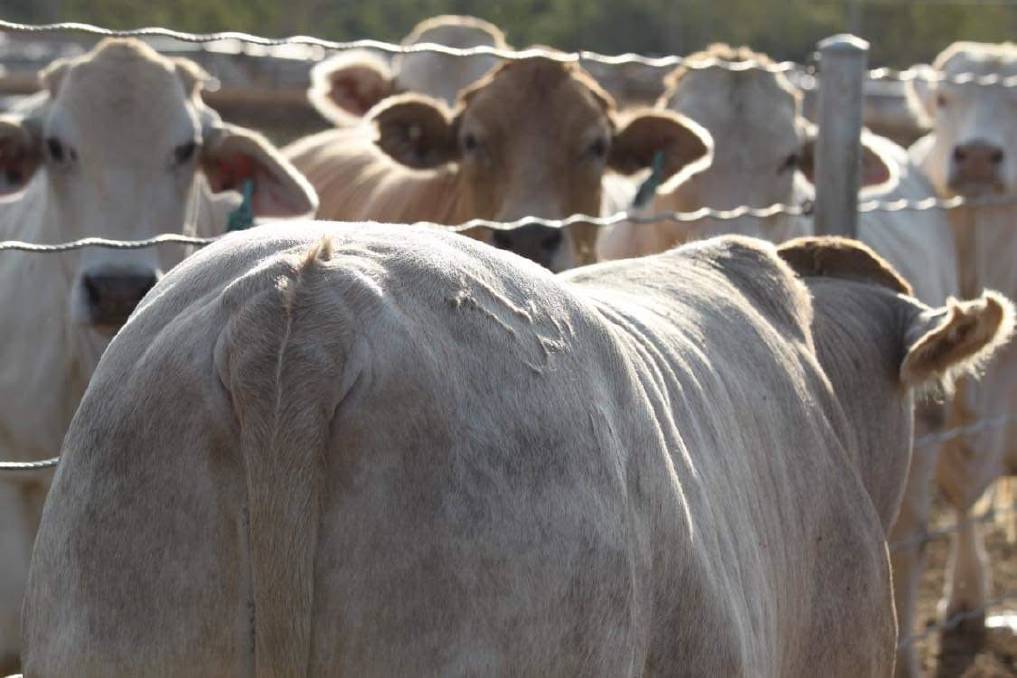 Tim and Lynette Olive entered some quality Charbray heifers and steers in this year's competition.

"Our commercial herd comprises of a Brahman female line and then crossbreeding with Charolais, Santa Gertrudis and Simmental bulls to breed F1s," he said.

"We also operate a 2000 SCU feedlot, which has been a blessing to our family over the past couple of years with the drought we've experienced."

The Olives have remained consistent over the years by continuing to provide a quality product at the end of the competition.

This was demonstrated throughout the evening as they went on to secure places in many other categories, including first, second, third, fourth and sixth place, with a run of quality Brahman-cross steers and heifers in the grain-fed trade steer or heifer, max two teeth, 180-300kg carcase weight class.

"We continue to aim to breed good quality cattle, whether that be a Brahman bull to breed females or a line of high yielding, soft steers or heifers to grade well at the abattoir."

Mr Olive commended this year's Carcase Classic, saying the competition does a great job of bringing together groups of like-minded individuals within the beef industry to celebrate over an annual catch up.

"It's a great competition because it encourages people to get out, have a go and support our beef industry, all while receiving valuable feedback and the recognition for the job they're doing after facing many environmental challenges," he said.

Motivated by their longstanding passion for beef, Mr Olive said the past few years have been extremely busy for the family with their expanding business, leaving them very little time to pursue other interests like horses, campdrafting, stud cattle and showing.

The CQCC has provided them with an opportunity to be a part of something that fits in with their busy work schedule.

"We aren't changing our day-to-day runnings, we don't have to take a day off amongst a busy schedule. We spend a day as a family in the yards selecting our competition cattle after watching them closely from entering the feedlot," he said.

In terms of how he selects his cattle, Mr Olive cheerfully says he won't give away all of his secrets but firmly believes an animal with a broad head will always follow through that animal's carcase.

"We entered a few different breeds this year as we are happy with the performance of all the F1s and purebreds.

"The grand champion of CQCC was a Charbray heifer who showed all replacement female qualities and that to us is very eye-catching."

After missing out on good rain like so many others throughout Queensland, the Olives were forced to decrease their herd numbers over the past couple of years and acknowledge the feedlot and its expansion has been a big saving grace for them.

"I am grateful for our family, for our girls and their grit to get through season after season of below average rainfall."

Looking forward to next year's competition, Mr Olive says: "We've been supporting the CQCC for the last 12 years and are proud of our two daughters Courtney and Alex who have now begun competing under their own name and with success."