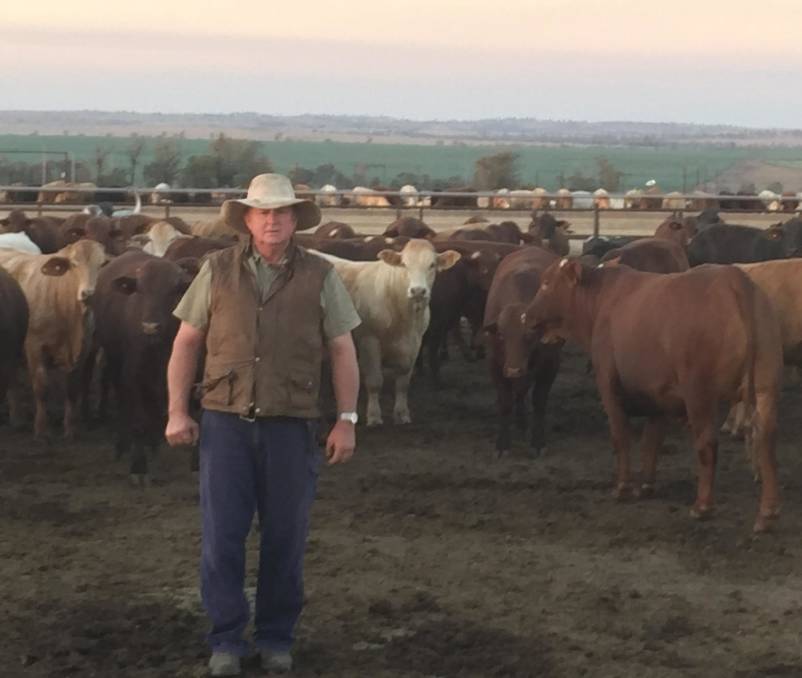 The competition kicked off in the July 15 issue of the paper and will run until it closes of August 18, at 5pm.

Then once drawn, the winner will be notified and the steers will be sold by Peter Daniel of Grant Daniel and Long at the Dalby Saleyards on August 25.

The winner will receive half of the proceeds, with the balance donated to the Royal Flying Doctor Service.

Mr Speed said he was happy to donate the steers this year and he reckoned it was about time he made a few donations to charity.

"The Santa Gertrudis Association and the Royal Flying Doctor do a lot for us, so I thought it was my turn," Mr Speed said.

"The steers are number 9's and are by my own sires that have been bred from all the genetics I use from the leading Santa Gertrudis Studs.

"They were bred at Linda Downs and were grown out at Retreat Station near Yaraka."

These steers are now in the 5000-head feedlot on Brigodoon where the Speed family will feed them for 100 days.

SGBAA general manager Chris Todd said this successful competition has been run for a number of years and it really was for a very good cause.

"We are extremely grateful to all members in the past who have donated, and really appreciate Brigodoon Cattle Company for this donation.