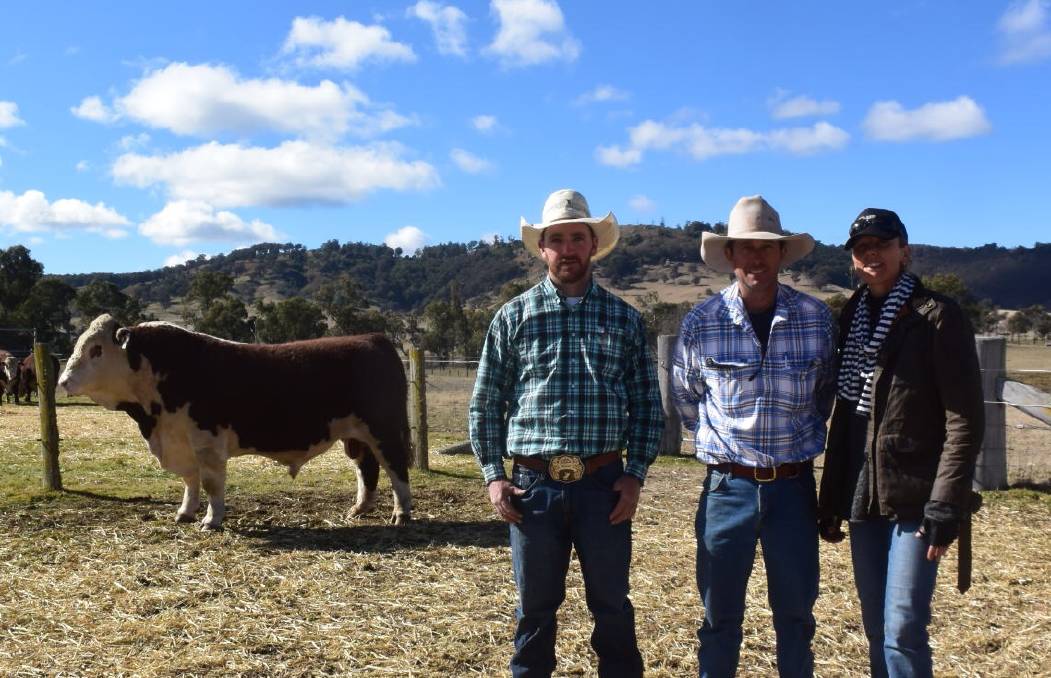 Volume buyers were first time buyers Shaun and Mindy Durdin, Heathwood at Springsure, Qld, who purchased four bulls to an average of $13,500 and a top of $18,000, pictured with Lotus stud principal Ace Hollis.

A full clearance of bulls at Lotus Herefords stud, Pinkett via Glen Innes, recorded bids to a top of $24,000 and an average of $9113 on Thursday.

Lotus Herefords, Old Farm at Pinkett via Glen Innes, sold all their two year old horned bulls, 44 on offer for a 100 per cent clearance, to a top of $24,000 at an average of $9113 during their annual sale on Thursday.

The August drop bull presented with top one per cent Estimated Breeding Values for 200, 400 and 600 day growth along with carcase weight (+74) and retail beef yield.

"He has a terrific top line right through. He's thick, soft, has length of body and for us is an outcross with the Lotus female herd to back it," said Mr Lisle.

"The end product is what you look for."

Volume buyers were first time buyers Shaun and Mindy Durdin, Heathwood at Springsure, Qld, who purchased four bulls to an average of $13,500 and a top of $18,000 for the heaviest in the draft, Lotus Q0030 (Herd Performance Register), 1010 kilograms with the largest eye muscle area at 144 square centimetres and a scrotal circumference of 42cm.

The bull, sired by Yallaroo King from a Lotus HPR cow line presented with top 1pc traits for 200, 400 and 600 days weights along with top 5pc figures for carcase weight (+73) and retail beef yield. 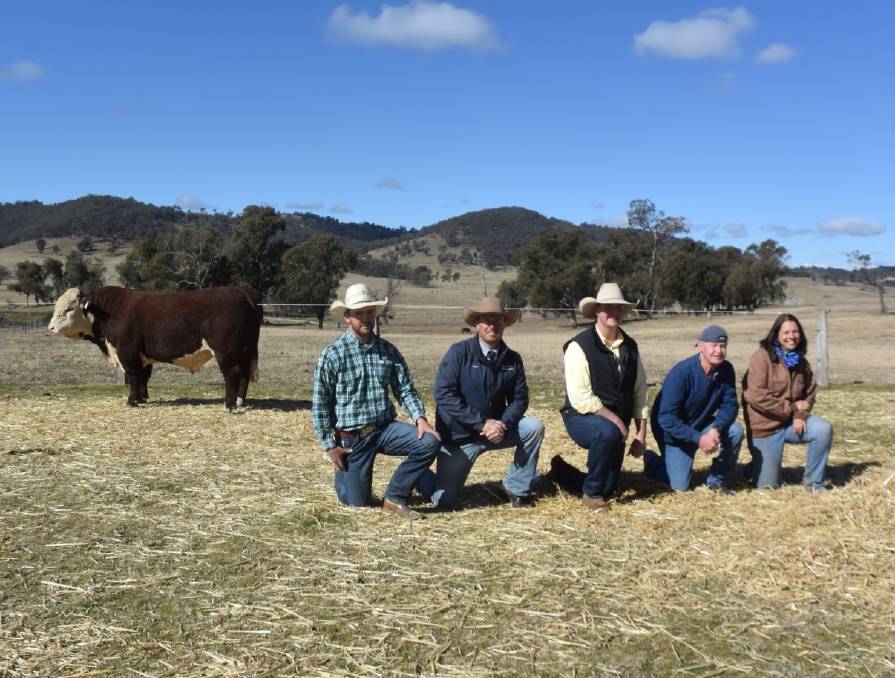 The Durdins will put their draft of bulls to Santa Gertrudis cows on buffel and native grass country to produce cross bred progeny for the 100 day feeder market.

Michael and Sue Moorhead, Baryulgil Pastoral on the Clarence paid $12,000 for Lotus Q0023 (HPR) by Burrawang Nugget from a Lotus HPR cow line going back to Warringa Joker. They will use him in their pure-bred Hereford and first-cross programs.