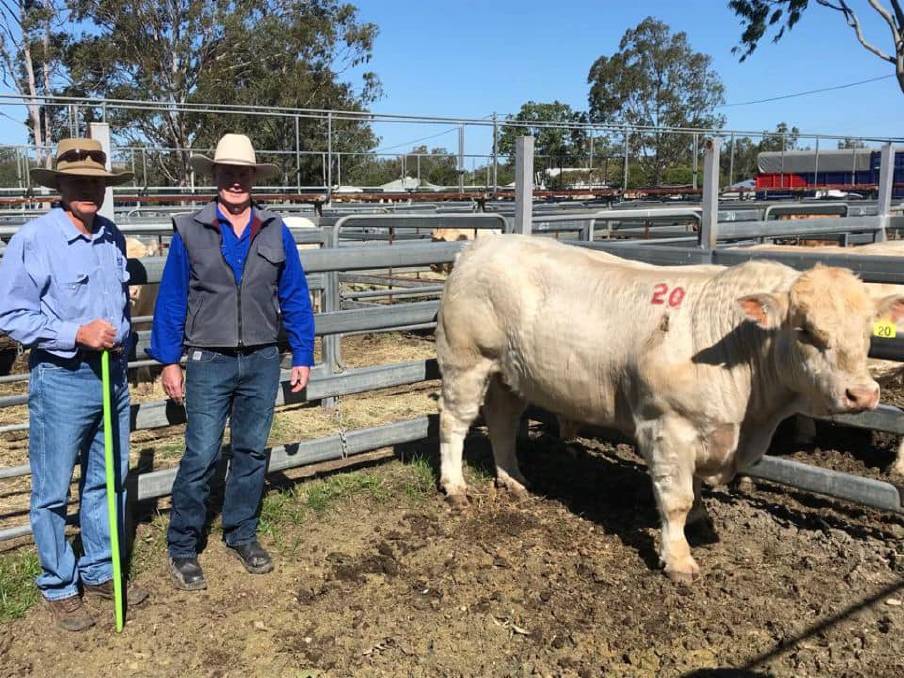 A total of 37 bulls were offered at the 14th Lilydale Charolais Invitational sale at Toogoolawah on Saturday.

Juandah Quinton, a polled bull from Greg and Kel Kelly's Juandah stud at Guluguba, was the first to achieve the top price of $13,000, selling to Michael Sullivan, Riverglen, Condamine.

The stylish bull was by LVH Fairfield and out of an Allednaw Helen cow.

A polled 23-month-old red factor son of Palgrove Hallmark out of Airlie Bunnie, he sold to John and Estelle Drynan, Esk, for $11,500.

Reids River R6E, an extremely thick-set homozygous polled sire prospect at only 14 months of age, was offered by David and Helen Reid, Reids Charolais, Haly Creek, and sold to Delcosta Pty Ltd for $9500. 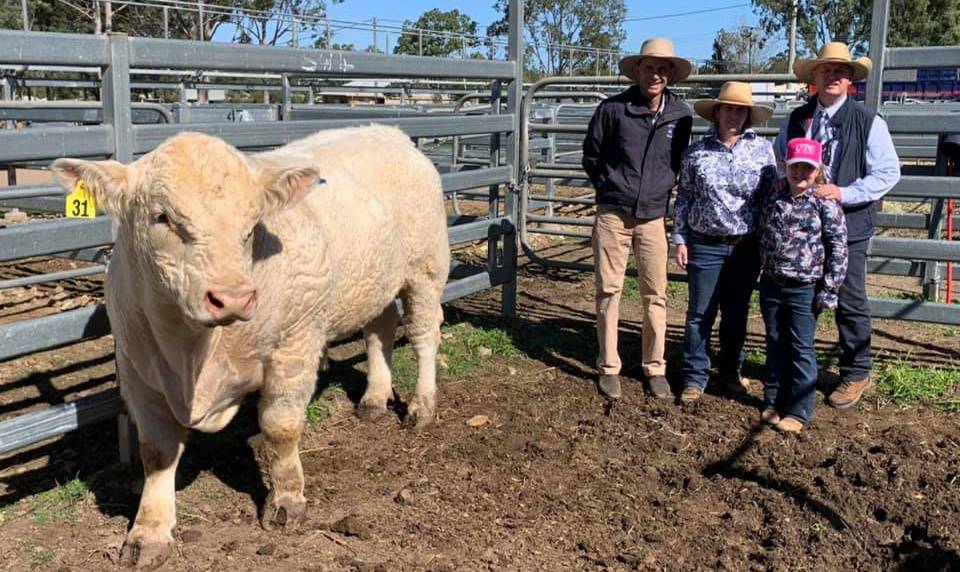 This bull was by the home-bred sire in Reids Nelson and out of Reids Monica.

This cow has Royal show and Beef Australia champions throughout her pedigree and is PTIC to Lilydale Pryor.

Mr Sticklen said it was hard to part with females of this quality but he was happy a young breeder like Stephanie Hartwig bought her.

"Steph is a young lady who has been supporting Lilydale Charolais and putting together her own stud for a few years," he said.

Mr Sticklen said it was great to see buyers return to the sale. "It's so pleasing to see so many regular buyers who have supported us over the last 14 years securing bulls again this year," he said.

"The success of the sale is a testament to the quality of breeders in the region."