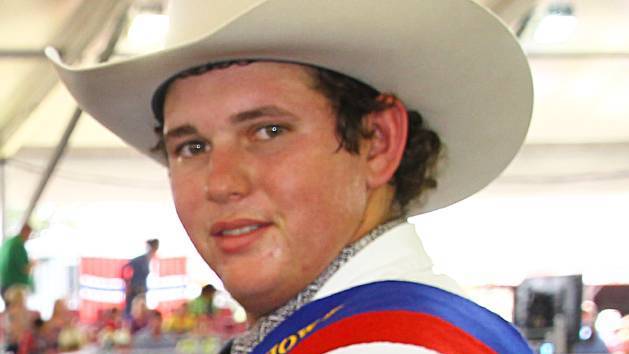 Mr McCoy was just 20 years old when he was killed in a single vehicle accident near Croydon on July 21, 2016 but there were two men in the car and there was doubt who was behind the wheel at the time of the crash, needing an inquest to make the determination.

Damon was the only son of graziers Michael and Noeleen McCoy and the accident happened on a road near the family's Prospect property.

The other man in the car, Nick Rogers survived the accident but when requesting the inquest Mr McCoy's family said Mr Rogers was "a domineering personality who would have persuaded Damon to let him drive the station vehicle, and had the propensity to drive dangerously".

There was also a Snapchat video Damon sent to a female friend that showed him in the passenger seat while police lost forensic opportunities to properly examine the crash scene including the missed potential for DNA on the windscreen.

Mr Rogers was also a disqualified driver at the time of the crash, with extensive traffic history.

However northern coroner Nerida Wilson has now ruled Mr McCoy was the driver of a Landcruiser when he misjudged a bend on the Claraville Road, a gazetted unfenced roadway, 27 kilometres southwest of Croydon.

The coroner said Mr McCoy ignored his father's recommendation not to take the Landcruiser for the drive as the vehicle was unregistered.

The coroner accepted that Mr Rogers was at the wheel at the time they left the homestead, however by the time they stopped at the Croydon Hotel to pick up alcohol, the bartender there saw Mr McCoy get out of the driver's seat and then return to the same seat after the purchase.

Mr Rogers was spotted at the wheel when they arrived at their destination an hour later. However when they returned to Croydon, they again stopped off at the hotel where another staff member identified Mr McCoy at the wheel.

The pair set off back to Prospect station when the accident happened.

The Coroner said Mr McCoy was speeding in a 100kph zone at the time and the car entered a spoon drain full with water on the side of the road, after rain on previous nights.

"Mr McCoy attempted to correct the vehicle and return it to the roadway which caused a rollover event during which the vehicle rolled between three and five times," Coroner Wilson said.

"Mr McCoy was ejected from the vehicle. Mr McCoy was not wearing a seat belt and died instantly from non survivable injuries."

Coroner Wilson said it was "more probable than not" that Nick Michael Rogers survived the accident because he was wearing a seatbelt.

"(He) extricated himself from the vehicle via either the driver side or through the windscreen cavity, which had blown out in the rollover," the coroner said.

The extent of his injuries meant he had no recollection of events.

He told police he did not drive at all that day, a statement Coroner Wilson did not accept as he was spotted by several witnesses driving earlier in the day.

The coroner found that the Snapchat message with Mr Rogers at the wheel was sent over three hours before the accident early in the journey and they swapped drivers at least twice in the journey.

With the accident happening around 6.30pm Coroner Wilson said the setting sun may have prevented Mr McCoy from observing the approaching bend.

Michael McCoy, who was first on the scene of the accident, told the coroner of his family's grief at losing their only son.

"To lose one of your own gives a whole new meaning to the word pain," Mr McCoy said.

"It changes you as a person. It changes the whole family dynamic because the suffering is relentless, and contrary to what people think, it doesn't get easier."

The story Damon McCoy at the wheel at time of his death, says coroner first appeared on The North West Star.