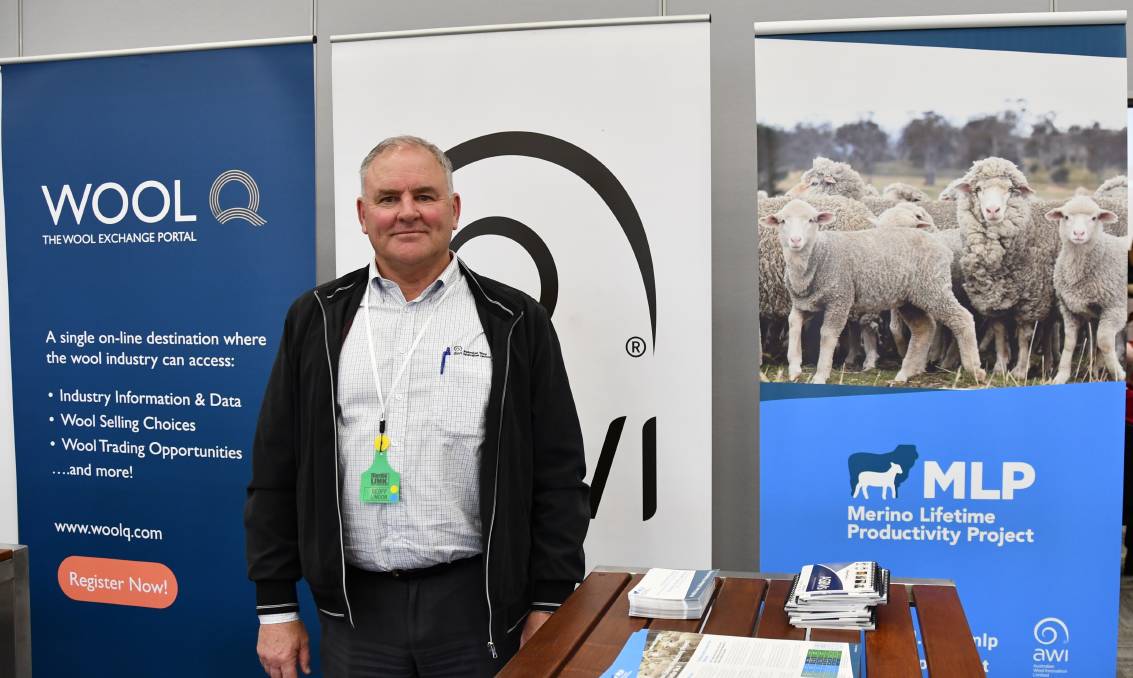 Mr Lindon is the program manager genetics and animal welfare advocacy for Australian Wool Innovation (AWI) and has been closely associated with the MLP project from its inception.

"We first started at Balmoral [in the western districts of Victoria] in 2015 and we are coming to the last reproduction cycle at Balmoral and will have the last fleece data towards the end of this year."

Mr Lindon noted the final MLP analysis will begin at the end of 2024 as the data from the last site in the New England trials comes to their its conclusion, which then be published.

"It is not really until we have collected all the data that we will be able to profess any robust lifetime results," he said.

Mr Lindon said the results won't be released until they have a clear picture of the implications for sheep breeders, although information has been provided throughout the running of the program.

"We have been releasing site reports, which have been continually updated," he said.

"We've also been able to fund 14 add-on projects across the five sites."

As a quick snapshot to the questions the MLP is trying to answer, Mr Lindon noted a thorough consultation process with sheep breeders had taken place.

He said the document is on the AWI website which has the whole array of questions - genetic orientated, financial orientated and management orientated intended outcomes listed.

"Improving profitability and genetic gain is heavily dependent upon our ability to select at a young age those who will be in the top one percent of lifetime productivity," he said.

"And when we get that one percent right it has a significant impact."

Mr Lindon told the audience, over the last 20 or 30 years, there has been a general trend amongst ram breeders to be selecting and selling rams at younger and younger ages.

He recalled the industry some fifty years ago selling rams when they were four tooths, but as genetics and management improved, rams were able to be sold a lot younger.

"Now with our access to genomics, there are breeders now selecting ram lambs at seven months of age," Mr Lindon said.

"There is this huge push about selecting animals at younger and younger age."

Mr Lindon pointed out one of the key outcomes will be when is the youngest age when accurate selections for lifetime productivity and profitability can be made.

"We also have to add an economic component taking into account the cost of the data," he said.

"As we collect more data, the accuracy of those sires improves over time."

Where is the 'sweet spot' between visual measurements and objective measurements, Mr Lindon asked of his audience.

"We have indexes out in the industry available through MerinoSelect into which a significant amount of investment has gone, and they are pretty solid and robust," he said.

"But what further fine-tuning can we have of those indexes and how can we give users of these indexes improved confidence that these indexes really will help them identify those animals which have high productivity and profitability."

Mr Lindon said a number of add-on projects are looking at the resilience and robustness around the lifetime ewe performance.

"Survival is particularly a critical issue, survival is currently not in the indexes but we have got quite a few MLP sires which have one hundred percent of their progeny still alive," he said.

"And we have sire groups with 70pc of progeny alive, so there are large financial implications around survival.

"But how can we put that into the index? - is there a better way to fine tune the data?"

Mr Lindon said welfare indexes are also being considered in terms of what the market is wanting now and in say ten or twenty years.

"We also have an add-on project based in WA, which is really looking at feed intake and feed efficiency," he said.

"Can we use some of these new measurements along with existing measurements to better take some of the current se 'per-head' production data into more fine-tuned information around the profitability per hectare?"