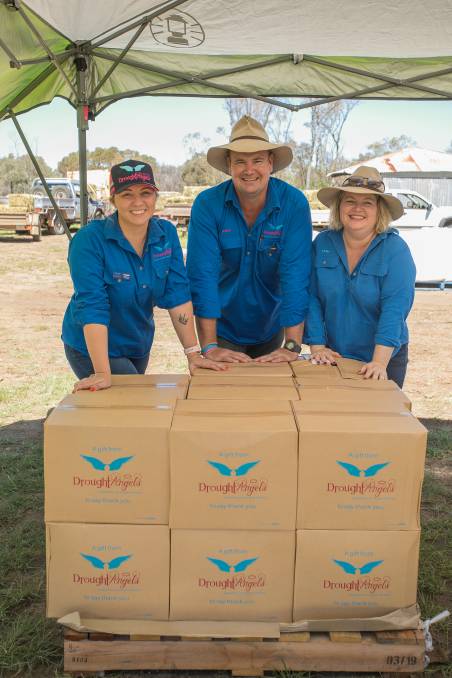 For Drought Angels founder Natasha Johnston, ensuring 'no farmer is left behind' has always been at the forefront of her charity's purpose.

Working in a regional cafe in the Western Downs back in 2014, Ms Johnston was inspired to help farmers after learning of a tragedy in their local area.

"My friend Nicki and I were working at a cafe in Chinchilla and we heard about a farmer trying to sell these cattle and the truck came to pick them up, but when they got there the cattle were too poor to go to market, so the farmer shot all his cattle, shot his working dog and then he shot himself," Ms Johnston said.

"I heard that story of that family and I needed to do something to help, because if I can save one life, and other families that are going through that, that's my goal."

This tragedy was the impetus for Ms Johnston to take action and form the Drought Angels charity, which has supported more than 4000 farming families and raised more than $20 million to date.

Ms Johnston's hard work and dedication with Drought Angels awarded her the Queensland Local Hero title in the Australian of the Year awards in 2021.

Her work in reducing rates of depression and suicide, as well as helping to keep farmers on their properties saw her nominated for the award by multiple people. 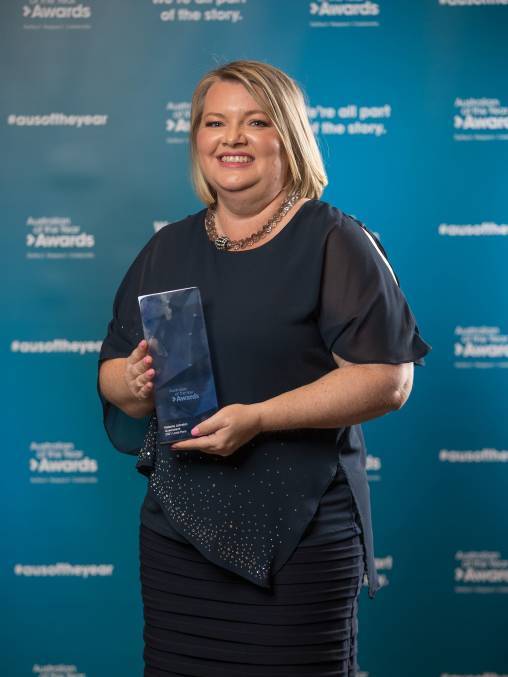 LOCAL HERO: Natasha Johnston was recognised for the work she does as founder and director of Drought Angels, supporting struggling farming families in Queensland.

Ms Johnston said it was a huge honour to receive an award that recognises people making a difference in their community.

"I certainly never expected to be recognised on that kind of a scale," she said.

"It certainly brought a lot of attention to Drought Angels and the work that we do, which is wonderful.

"I'm the kind of person that is just happy to kind of fly under the radar and do my thing and just know that I'm making a difference in people's lives."

Ms Johnston believes the recognition helps give people the drive to keep going and to know that their 'work is not in vain'.

"The farmer who put me on this journey that sadly took his life, I feel like his life hasn't been lost in vain," she said.

"When you hear that from them, that just puts the biggest smile on your face and it makes you feel so good inside that you are doing good things for others."

January 2022 will mark the 63rd anniversary of the Australian of the Year Awards, honouring and celebrating great Australians from all walks of life.

Nominations for the awards close at midnight on Saturday, July 31, 2021.

Nominating is simple and can be made online at australianoftheyear.org.au