When Warraka Kerri 3294 (PS) was knocked down for $50,000 at the Gympie Brahman Female Sale on Saturday, stud principal Sue Blakeney was understandably emotional.

Not only was it a sale record top price - surpassing the $34,000 record set in 2017 - but it was also a fitting tribute to the years of Brahman breeding by her late husband, Bill.

Offering five grey females that Mr Blakeney selected for the sale just before his passing, Mrs Blakeney said her husband would be proud of the result, which saw them achieve an average of $15,700.

In the end, it was Mr Nobbs that came out on top to take home the 'dynamic' female with a 'perfect pedigree'.

"I've been looking for a polled female as a donor for some time that has all the qualities that I'm looking for," he said.

"She's got a very good pedigree; both her grandmothers, on the sire side and the dam side, are breed-leading cows that have played a big part in my program so genetically she's got a perfect pedigree.

"And she's got the bonus of being poll, terrific bone, she's beautifully balanced and a tremendous underline with good teat placement.

"She's beautifully feminine and as good a polled female as I've seen in the Brahman industry before."

With a range of new genetics from United States stud JDH joining the NCC program in the next six months, Mr Nobbs said once she's old enough, they'll start an IVF program with her to a range of different bulls.

"We'll probably try some Elmo as well; that's the beauty of her, she's unrelated on the sire side to all of the stuff I've got, so she's going to be quite dynamicin our program for what we can do with her." 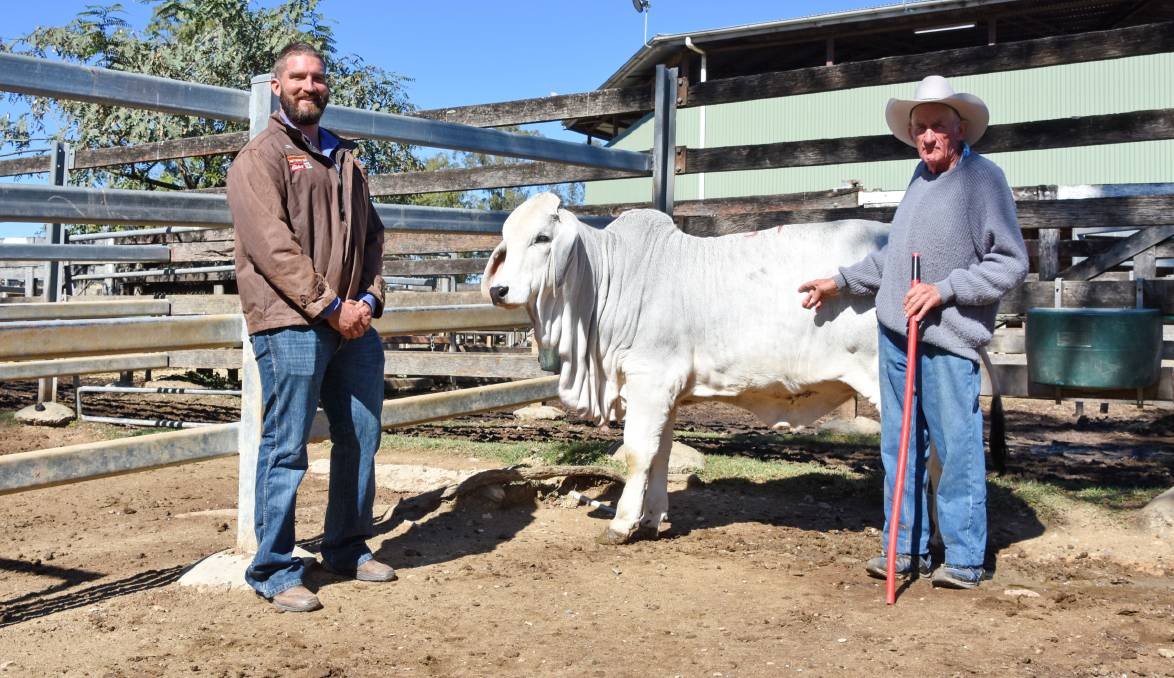 Clay Scott said they liked everything about the young heifer.

"She's a very nice animal to look at, from a proven sire line and a proven cow line," he said.

Despite not being able to go past her, they have no set plans yet.

"We'll have to put a bit of thinking into that. We'll definitely do an IVF program - it's hard to pay that sort of money for an animal and only have one calf a year.

"There's plenty of good sires at home and we'll try to find the right one."

It was Hayden Sommerfeld's Brahrock HJ Ruby Beth that topped the red section at $20,000.

Putting together a draft of eight females for an average of $3875, Roserae stud, Woolooga, was the largest volume buyer.

The Geddes family, Doonside stud, selected five for an average of $12,600.