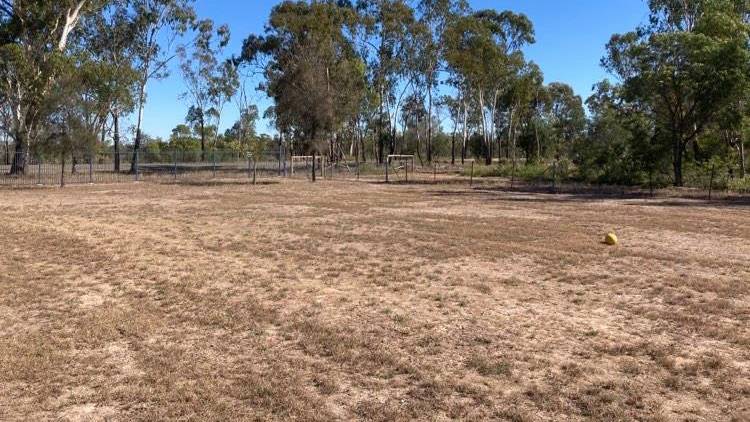 The dry play area at the Valkyrie State School.

The appeal by the Nebo ICPA branch for sufficient water storage for small rural schools such as the Valkyrie State School shocked delegates at Cunnamulla's 50th anniversary conference.

"This - how to get water to schools - shouldn't even be up for debate."

That was the astonished response to motions put to the Isolated Children's Parents' Association's conference in Cunnamulla this week by the Nebo branch, calling for one of the basics of life in the developed world.

The Valkyrie State School, in the heart of the Bowen Basin mining district, has been relying on a mining company to truck in water for both its school and residences, and its P&C has been unable to obtain signatures to excavate a dam so it can provide a grassed area for school sports activities.

Branch delegate Jessie Bethel said the school had relied solely on rainwater tanks since its establishment in 1974, as underground water was both too expensive to source and too saline to use.

It means children at the school have never had a grassed oval to play on, and had sustained injuries from playing on the dry gravel surface.

It followed other motions from the branch for the department to install further water storage at staff accommodation residences, and to undertake an audit of rural schools to ascertain whether the current number of rainwater tanks on the grounds were sufficient.

All three motions, plus another by the nearby Clarke Creek branch for the department to work collaboratively with small school communities to ensure that all schools, regardless of their geographical location, are equipped with an adequate water supply in a timely manner, told a worrying story.

The school at Valkyrie, 100km from Middlemount and 60km from Nebo, relies on rainwater for drinking, its kitchen supply, and for toilets and activities, and prolonged dry periods have put users in a permanent state of rationing.

The principal, often with a family, and other staff member have three rainwater tanks between them. 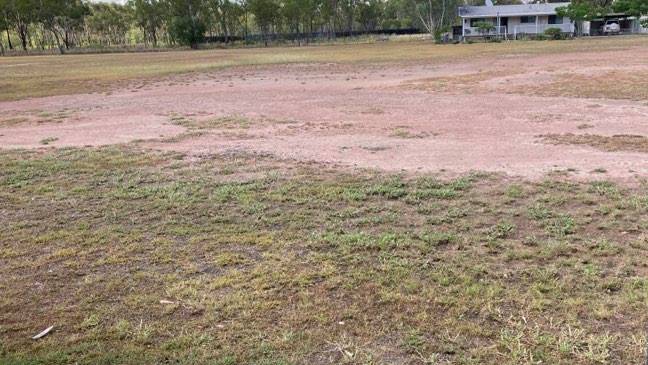 Another view of the Valkyrie State School's play area.

Most frustrating for the P&C is the difficulty it is having in excavating a dormant dam adjacent to the school grounds on a stock route.

"However, the Department of Education has declined to execute the agreement and we believe have not given this issue the diligence it desperately needs," she said.

The P&C is prepared to meet all costs involved with implementing and maintaining the dam.

"Our children are greatly disadvantaged by not being able to have physical exercise classes or sporting lessons," Ms Bethel said.

"It is baffling that the DoE is still resisting and delaying executing the water agreement.

"We are fortunate to now have the backing of our state Member Dale Last, who is taking the matter further in parliament on our behalf.

"In this modern world, it is simply not acceptable that our children attend a school that is bare of such a simple and vital resource as a lawn/oval and water for basic hygiene."

Fellow Nebo branch member Anne Stuart told the conference that "the blockies who selected this land had to fight for a school, now the P&C has to fight for water".

"They can see mining won't be here forever, it won't be able to supply that tank of water."

Departmental spokesman Geoff West told the conference it would be supplying three new rainwater tanks to the Valkyrie school, but Ms Bethel said while they were pleased to hear of the commitment, they had applied for them and were aware of the upgrade prior to the ICPA conference.

"We had hoped for greater reinforcement and assurances from the Department of Education," she said. "Their lack of response in a more substantial manner to the main issue seemed a side step."

Ms Bethel said she was disappointed not to get a greater commitment to the need for a permanent water source.

"I feel they are not affording us the proper due diligence and urgency this issue requires," she said.