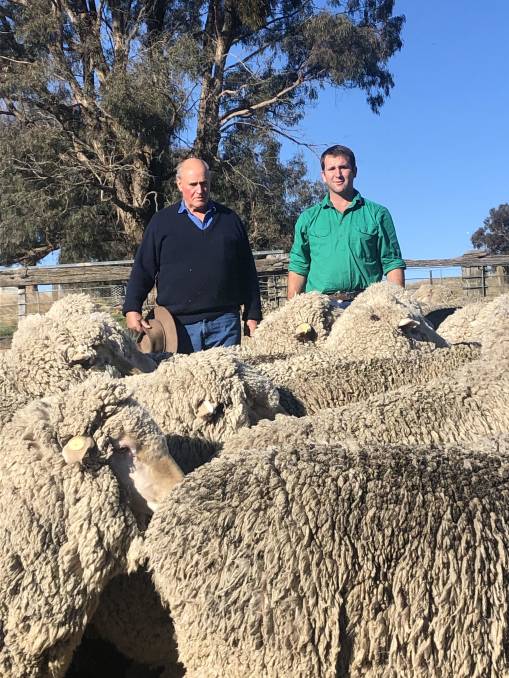 The Henderson family of Grogansworth Merinos at Bowning has announced the discontinuation of their beloved Grogansworth stud.

Long-time principals, Kim and Rocky Henderson, are making the move as part of a generational transition which includes handing the reins to son George and his wife, Allanah (Lan), who are now at the forefront of the business.

George said while he and Lan were passionate about the Merino industry, their interest was in the commercial side.

"We are proud of what we have achieved with the stud and are truly grateful for the many strong friendships it has brought us," Kim Henderson said.

The Grogansworth Merino stud was registered in 1985 and since 1997, 90 per cent of genetics introduced have been sourced from One Oak No. 2 stud, Jerilderie.

Since the foundation of the stud, Ian Marwedel had been the sheep classer, and as he retired he was succeeded by Michael Elmes.

During the operation of the stud, rams have been sold locally, into Victoria, Tasmania, Queensland and central NSW.

Kim Henderson said the stud's final annual ram sale will be held at Grogansworth on October 18, 2021, and a selection of sale rams will be displayed at the South West Slopes Field Day in Harden on August 31, 2021.

The Henderson family thanked their clients and service providers for their support in making Grogansworth Merino stud what it is today.

The story Change in direction at Grogansworth first appeared on The Land.