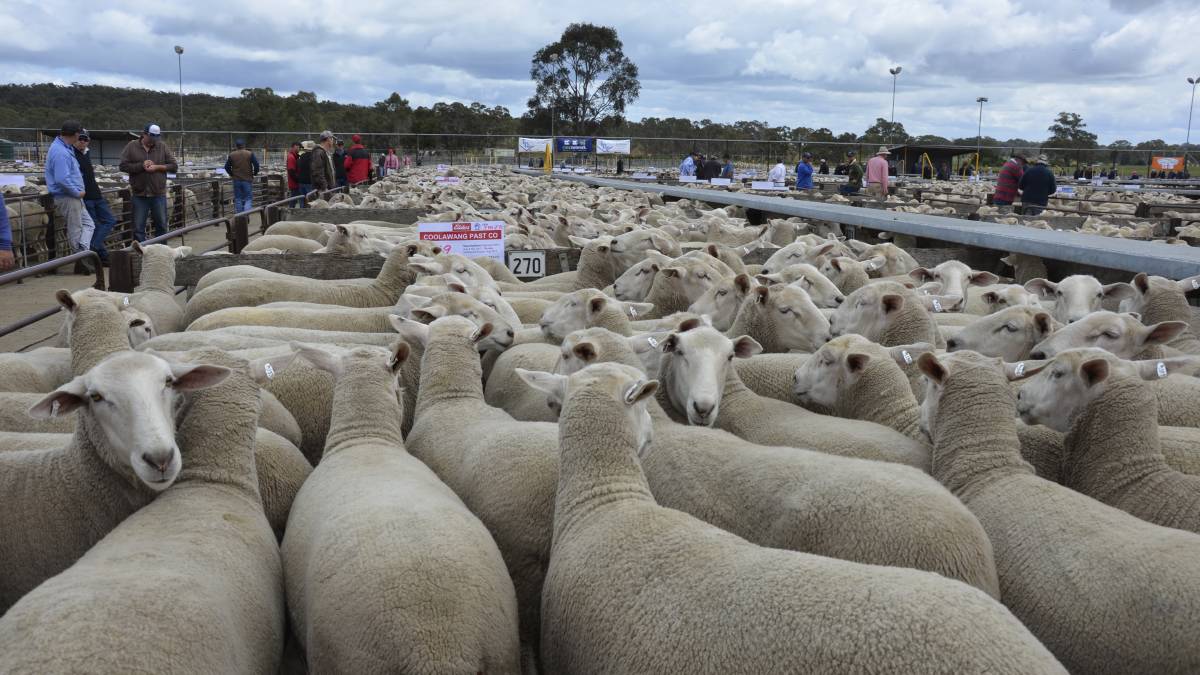 The rise and fall of supply and processor demand over the past few weeks has had the same effect on lamb prices, with a lack of direction either way.

Last week prices in both lamb and sheep held steady, or tracked sideways, and although this is expected in the months of April and May, it diminished any hope the industry may have gained some pre-winter momentum.

The Eastern States Trade Lamb Indicator (ESTLI) picked up an extra cent over the week to 813 cents per kilogram carase weight.

But the Western market hit a downwards slope, as the Western Australian Trade Lamb Indicator (WATLI) lost 27c to end at 696c/kg cwt.

The National Heavy Lamb Indicator and Mutton Indicator both moved sideways for the week as restocker lambs picked up an extra 10c in NSW and 43c in Vic and SA.

The market was stronger across the board in SA this week, with restocker lambs trading 69c higher year-on-year, Merino lambs 15c higher, but trade lambs 77c lower.

But prices are also not the only aspect of the market trending slightly off, lamb yarding levels in Victoria are down by 40 per cent since their mid-April peak, albeit 14pc above the five-year average pattern for this week in the year.

"But as of the current week, lamb throughput numbers are now running nearly 6pc under trend for this week in the season, albeit sitting 48pc higher compared to this time last year."

In contrast, he said NSW lamb throughput is nearly 13pc under the average pattern for this week in the season and in SA lamb yarding levels are 38pc under the five-year average seasonal pattern.

Mr Dalgleish said weekly lamb throughput numbers in Victoria above 50,000 are not expected to last, with winter often registering weekly throughput levels between 20,000 to 30,000 head.

"The Victorian lamb yarding pattern tends to have far more pronounced swings in throughput volumes between winter to spring, particularly when compared to the NSW seasonal trend," he said.

"The NSW lamb throughput seasonal cycle doesn't display the winter lull and sharp increase in lamb numbers seen in Victoria when the spring flush is in full swing during October/November.

"While NSW lamb throughput can often add an extra 40,000 or so head of lamb to the weekly saleyard volumes through October to November it is generally dwarfed by the 100,000 odd head of lamb that hits Victorian yards."

The seasonal SA lamb throughput pattern tends to mirror the Victorian trend, with easing volumes into winter and a noticeable surge in volumes during spring.

Recent weeks have seen some uncharacteristic volatility in week to week lamb yarding levels in SA with volumes see-sawing between 5000 to 20,000 head each week.

"However in the last two weeks SA lamb yarding levels have settled under 10,000 head per week, similar to the volumes seen this time last year," Mr Dalgleish said.

"This represents saleyard lamb volumes that are 38pc under the five-year average seasonal pattern for this week in the year and are levels usually reserved for the depth of winter."