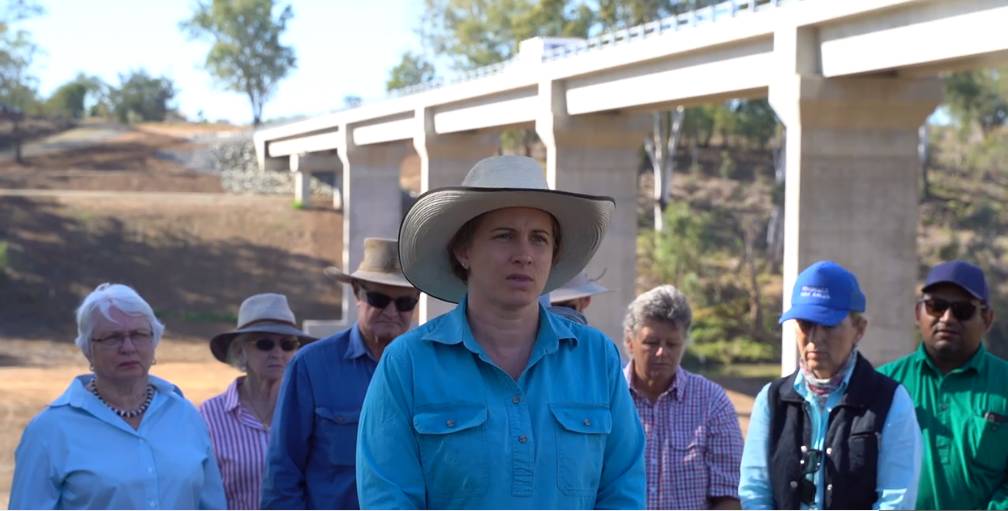 UP IN ARMS: Rae Rowe joins fellow Gogango landholders in sharing their frustration with the lack of communication and understanding coming from Sunwater, regarding the Rookwood Weir project.

Gogango landholders have slammed Sunwater's lack of communication regarding compensation and land acquisition for the Rookwood Weir project.

ROOKWOOD Weir has long been proclaimed as a transformational water infrastructure project for central Queensland, which would underpin agricultural growth and supply water across the drought-stricken region.

Despite the strong need for water infrastructure in the region, the construction stage of the project has been a landholders' nightmare with local graziers up in arms over the lack of information and direction from the project's leader, Sunwater.

Located 66 kilometres south west of Rockhampton near Gogango, graziers on both sides of the Fitzroy River argue there are issues regarding land acquisition and compensation regarding new water pumps. 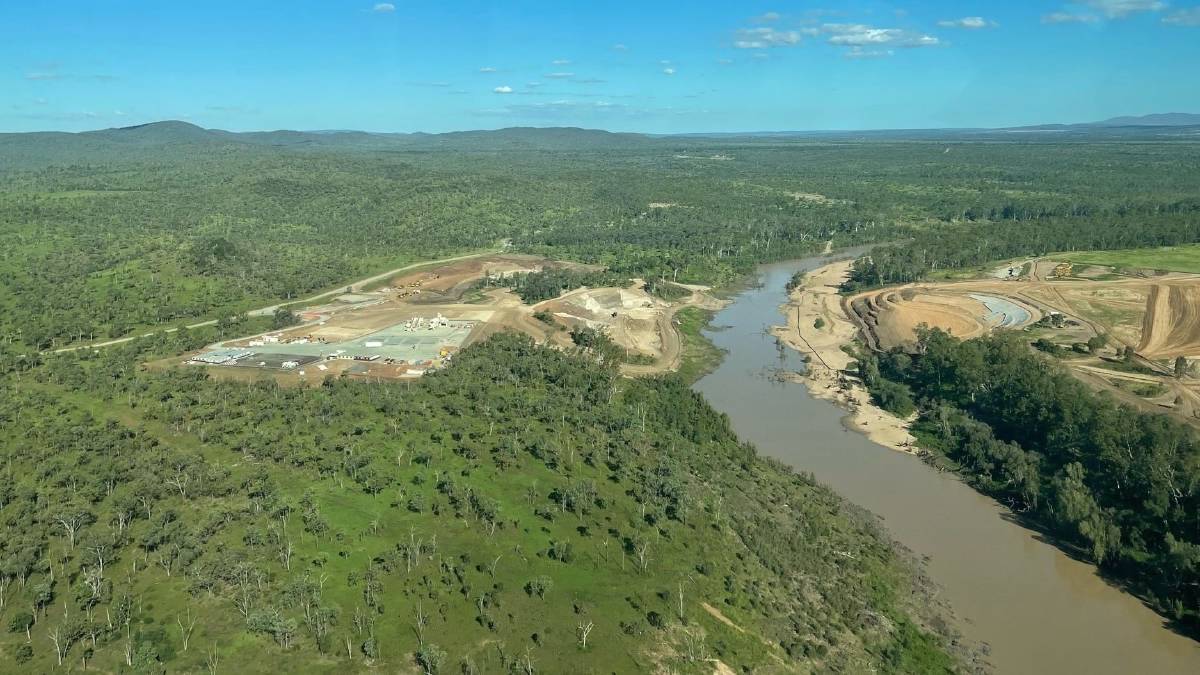 BIRDS EYE VIEW: Rookwood Weir is a landmark project that will capture valuable water in the lower Fitzroy River for use across the region. Picture: Sunwater

Local grazier Ann Kirk owns a cattle property on the western side of the Fitroy River, where the weir is currently being built.

The Kirk family say they've been negotiating with Sunwater for the last two years, and they've done compulsory acquisition through the Coordinator General for some of their irrigated land.

Ms Kirk said they're frustrated with the lack of communication from Sunwater and revealed it's been difficult to get replies from them.

"We're still waiting on the exact height of the inundation of the water. No one along the river knows and everyone's got to replace their water pumps," Ms Kirk said.

"We have to put a new pump in, whereas some landholders have got five or six pumps to replace.

"We're negotiating with Sunwater because they're supposed to pay for these new pumps and that still hasn't been settled." 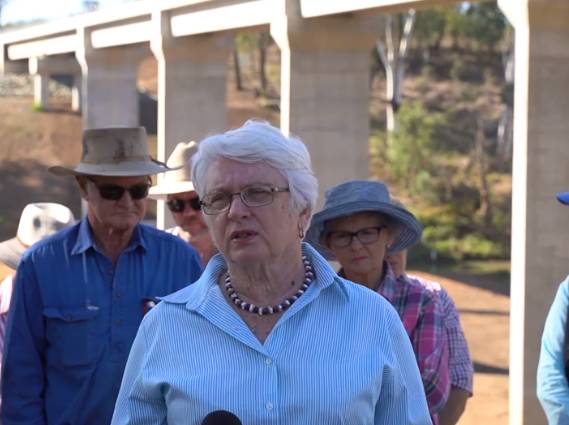 LEFT IN THE DARK: Local grazier Ann Kirk owns a grazing property on the western side of the Fitroy river, where the Rookwood Weir site is being constructed.

Ms Kirk said her family was still negotiating compensation with Sunwater and the state government and that they should be compensated now, rather than in 2023 when the project is completed.

"We've also negotiated an access track for them to use for the construction of the weir and for the 99 years after that they will have access to the weir through our property," she said.

Not forthcoming with information

Ms Rowe said the way her family and other landholders have been treated was disappointing.

"We've been involved with the weir construction for a number of years and we tend to operate as a family unit, so there's a lot of communication between family members and making decisions for the business," she said.

"The concern we all share is the lack of understanding on behalf of Sunwater and it's disappointing to see the lack of awareness of how the community is feeling.

"We need to make our plans now and were unable to get information that's going to allow us to make those decisions.

"We've got quotes for new pumps, but until we can determine where they're supposed to go, that information is not forthcoming and it's very frustrating."

Since 2019, Sunwater has worked with landholders for 48 property holdings regarding temporary and permanent land access and acquisition for Rookwood Weir.

A Sunwater spokesperson said the company has reached a range of agreements and finalised compensation payments for many of these landholders.

"To meet construction timelines, the Office of Coordinator General compulsorily acquired land on west bank of the weir site and is working with the landholder's legal representative to settle compensation," the spokesperson said.

"Sunwater understands its community obligations and works closely with the community and other stakeholders to minimise impacts during the construction of the weir.

"Sunwater has had more than 2000 interactions directly with landowners and remains fully committed to open and transparent communication."

The company held a community meeting at Gogango Hall in March 2021, with the next due in June 2021.

Sunwater said they have a project hotline and website where all enquiries are responded to promptly.

"In the case where we are in legal negotiation with landowners through their lawyers, communication is limited to this channel," the spokesperson said.

"Sunwater has agreed to compensation for necessary upgrades to several affected landholders' infrastructure and will continue to work with additional landholders and independent experts to agree reasonable outcomes." 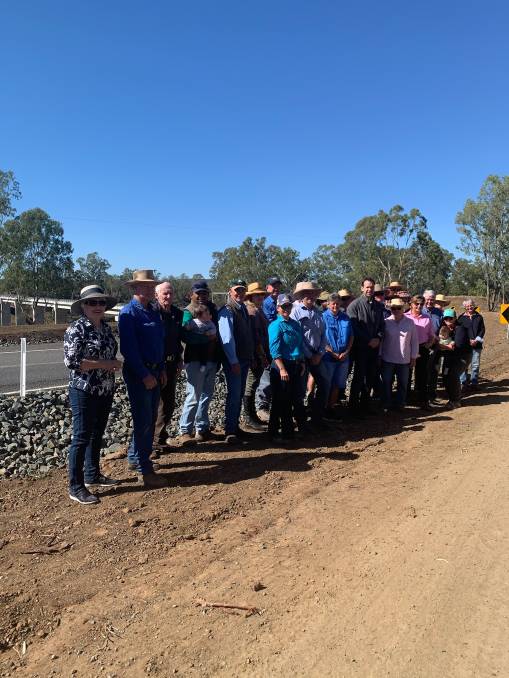 COMMUNITY UPROAR: Landholders at the Riverslea bridge reveal issues regarding communication around the Rookwood Weir project from both the state government and Sunwater.

Rockhampton-based Senator Matt Canavan joined concerned landholders at the recently constructed Riverslea Bridge to discuss issues regarding the lack of communication around the project.

Mr Canavan agreed the project was needed and would open up a new food bowl for Australia, but expressed his disappointment that landholders were being left in the dark.

"I'm calling on Sunwater and the state government to pick up the phone and talk to the landowners that are directly impacted by this project," Mr Canavan said.

"The landowners support the project, they want to see more water and more opportunities for their region, but obviously, they want to make sure that they can continue their livelihoods and their businesses.

"The federal government's funding half of this project and I want to see and make sure that all the land owners in this region are a part of this project, feel involved in it and ultimately benefit out of more water being stored here in central Queensland."