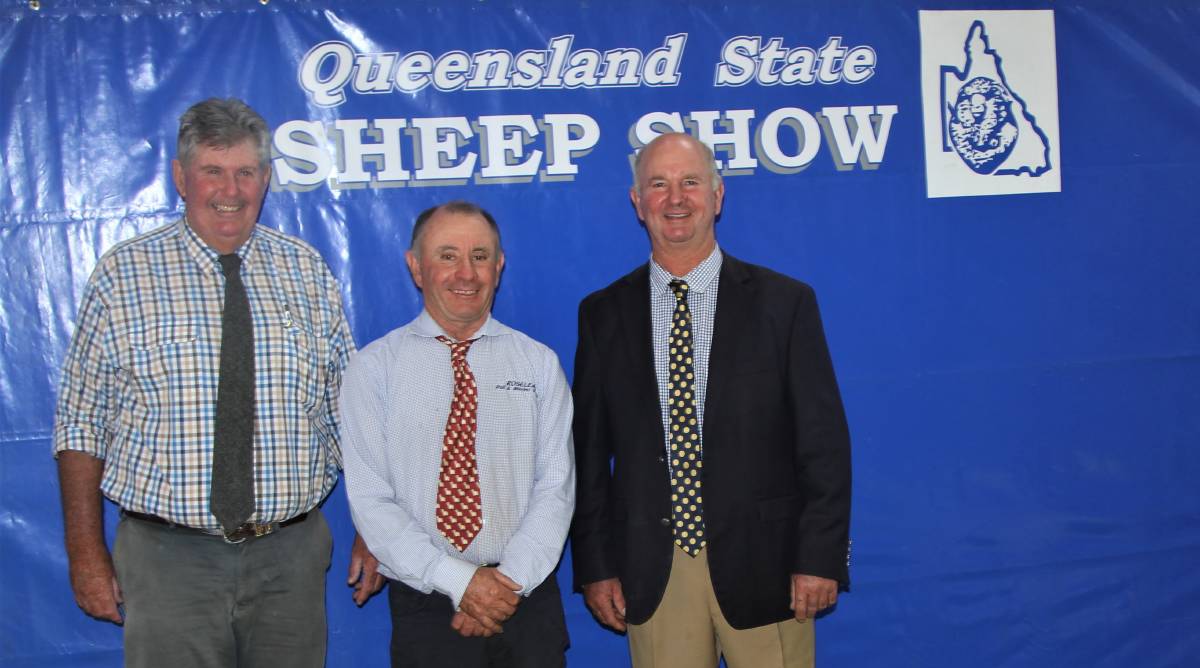 Queensland may have the lowest sheep flock of any of the Australian states - the AWI estimates 1.9 million, of all breeds, as opposed the the 22.9m in NSW - but the state is punching above its weight in the top-level representation stakes.

Queensland may have the lowest sheep flock of any of the Australian states - the AWI estimates 1.9 million, of all breeds, as opposed the the 22.9m in NSW - but the state is punching above its weight in the top-level representation stakes.

Although it looks like a Queensland triumvirate has seized control of the world Merino industry, the trio insist it's just one of those coincidences that happen on occasions.

"Maybe it signifies that we're suckers," Mr Roberts joked, going on to say more seriously that while quite unusual, it was wonderful for Queensland's small stud Merino association to be given that respect on national and international stages.

"With the amount of travel and interaction between groups now, you get to meet more people," he said. "When you're sitting at home you don't get to change or learn anything."

While saying it was just a coincidence and didn't signify a stealthy takeover of any Merino agenda, he hoped that in conjunction with the flock rebuild being made possible thanks to exclusion fences, that the positivity would extend to the way the Merino industry was viewed in the state.

New AASMB president Max Wilson agreed that he was just in the right place at the right time, as the former president of the Queensland body, and said he would be concentrating on cohesion among state bodies so they could move forward with the promotion of the breed.

"We're just another leg that holds it all up, a lot of what we do is backing the AWI," he said. "Everyone's got an opinion on what's a good sheep, it's a broad church, so we work on promotion as a whole."

Merino wool producers have had a topsy-turvy ride in the COVID era - going from a high of 2000 cents per kilogram to 800c/kg, before scrambling back up to 1300c/kg, but Mr Wilson said Merino sheep were now in a position to equal or better any other small animal operation in the country.

"We do have to sell a private stockpile first though - lots of people held their wool back - that's one of the things to manage.

"Of course we have our eyes on Chinese markets but they need the wool industry as much as we need them - their investment in wool is as big as ours."

The further south one went in Australia, the more people were moving away from Dorpers and crossbred sheep, according to Mr Wilson because they could see the benefits in running Merinos.

"Just look out the door here at Longreach at the flock sheep competitions - people have come from 300 kilometres away to show their animals - you can see the passion there."

As for talk of a shearing workforce shortage, Mr Wilson said the AWI was spending a lot of time on that issue.

"Sheep numbers aren't going to go beserk, they've got to build back up, and the shearing industry will grow as the industry does," he said.