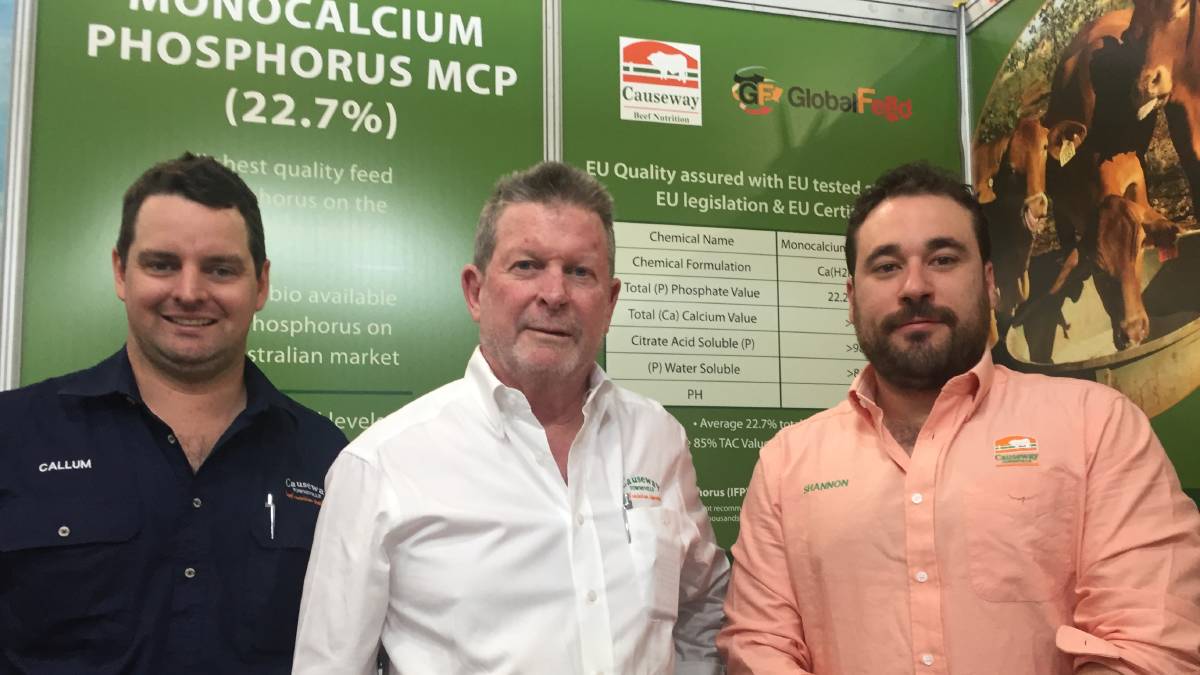 Peter McHugh (centre) with Callum Olver and Shannon Coffey says there are big differences in the phosphorus being supplied to cattle.

NORTHERN cattle producers are being encouraged to take a hard look at the value of inorganic feed phosphorus (IFP) being fed to livestock.

Data from the European Union showed up to a 30 per cent quality variation within the same class of P from 20 various manufacturers, he said. 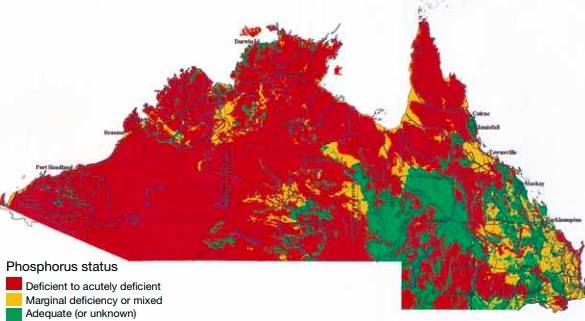 Much of northern Australia is acutely deficient in phosphorus. Map - MLA

"Phosphorus is essential for building bones and teeth, metabolising fat, carbohydrates and protein, producing milk and for efficient feed utilisation, which has major increases in calving percentage and natural growth in the herd.

"But it isn't the percentage of phosphorus fed to cattle that matters, but rather the amount that can be absorbed by an animal.

"Ideally producers should be have access to a certificate of analysis and a certificate of origin for the IFP used in livestock feeds so they know exactly what they are feeding their cattle."

Mr McHugh said it could be very difficult to determine "true" absorption levels as there were no regulations on the import of inorganic phosphorus used for livestock.

"The reality is any type of inorganic feed phosphorus can be imported into Australia on the basis of a manufacturer's declaration, with no regard for actual quality of the P digestibility or the biosecurity quarantine risk, including levels of heavy metals," he said.

"Reports out of the Victorian livestock feed industry show there is no federal or state regulation standards for Australian livestock feeds, which are now being reviewed by the Federal Government."

Mr McHugh said there was an urgent need to significantly increase the regulations surrounding the importation of the critical livestock chemically formulated inorganic feed phosphate, to at least the standards required for agricultural phosphate.

"Livestock producers need to know what they are feeding to their cattle; whether it is of value and whether or not there is a potential risk in the foodchain," he said.

Mr McHugh said Causeway used an EU legislated and certified inorganic phosphorus with guaranteed quality standards, which was manufactured in Spain, in its feed supplements.