Results from the Droughtmaster judging on Wednesday morning. 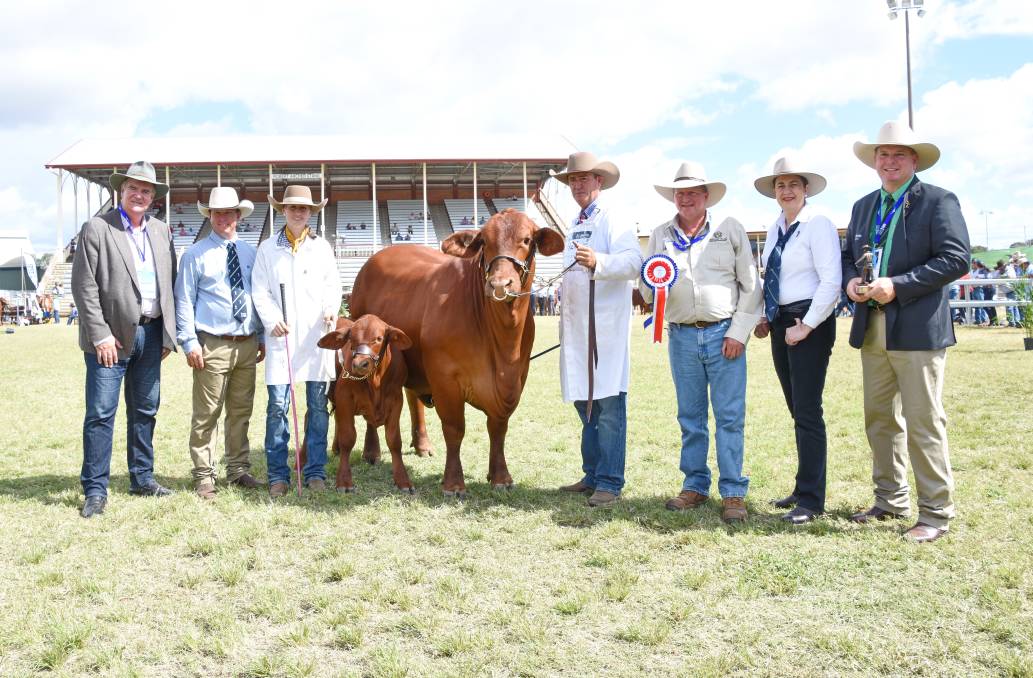 When judges Glen Waldron and Jack Peart cast their eyes over the 169 Droughtmaster exhibits on Wednesday, they concluded that the breed's future was in 'very safe hands'.

Rocketing through the largest breed showing at Beef Australia 2021, Mr Waldron said it was rewarding to appraise the three outstanding bulls and three top-calibre females that were eventually selected to compete for the coveted grand champion bull and grand champion female honours.

In the end, it was Nick and Sarah Hughes' sole exhibit Farogan Valley Mojo that was named grand champion bull, while the Childs family's Glenlands D Bellevue, with bull calf Dudley at foot, was the best female on show.