A three-year-old collie kelpie cross dog called Bongo topped the working dog sale in Gracemere on Sunday when he sold for a record $10,000.

At the fall of the hammer, 20 dogs sold for 100 per cent clearance and an average of $5537, during a sale which attracted buyers from all states and territories excluding Tasmania.

The Flynns described the sale as an emotional goodbye to one of their most trusted and reliable working dogs.

"Bongo's been part of our team for over three years and my wife and I don't have kids, but our dogs are our kids," Mr Flynn said.

"A mate of mine, Steven Hall of Beaudesert bred him, so he's a Days Creek male, and Steven I breed breed dogs together and it's been a long process.

"We've been breeding dogs for probably 10 years serious now and it all goes back to an old bitch called Judds Patie 2." 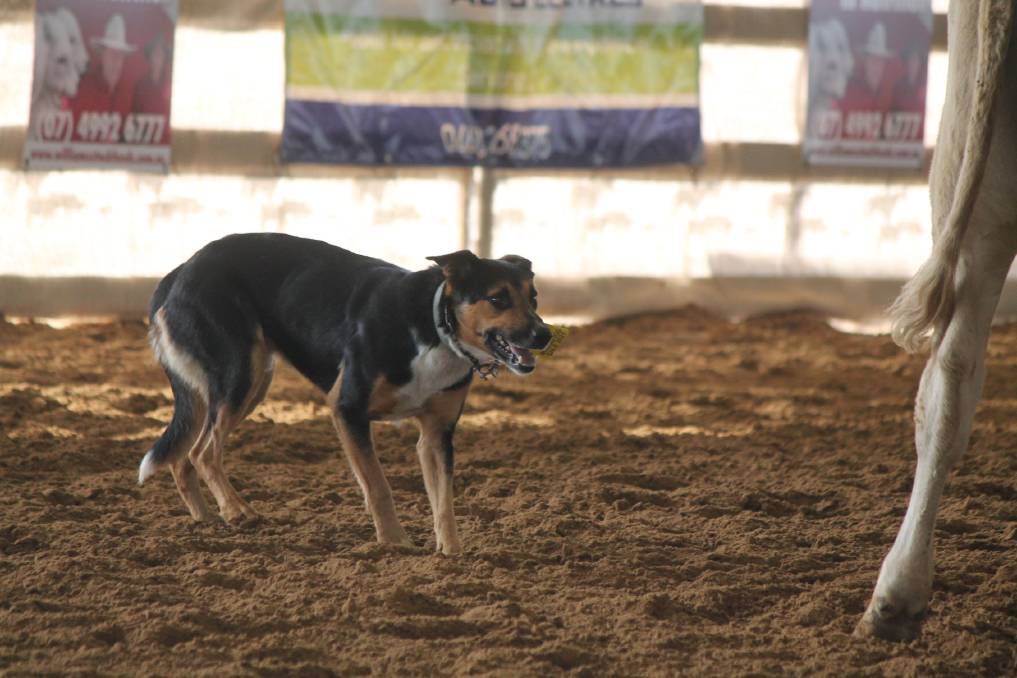 Steven and Tim bred Judds Patie to Carrdoon Zac QCD1129, which Mr Flynn said has been a successful cross with good work dogs.

"My wife and I contract muster for a living and that's what we do and if I'm not been able to make the job, Prue can take a team of dogs and he's definitely one that she picks up," he said.

Mr Jefferis was fortunate to be in town on the eve of Beef Australia and he was on the lookout for a well trained and mature working dog.

"I was interested in purchasing an older and more mature working dog and I knew of Tim Flynn before the sale," Mr Jefferis said.

"I watched their dog Bongo before the sale at the pre-works and I was told he was highly regarded. 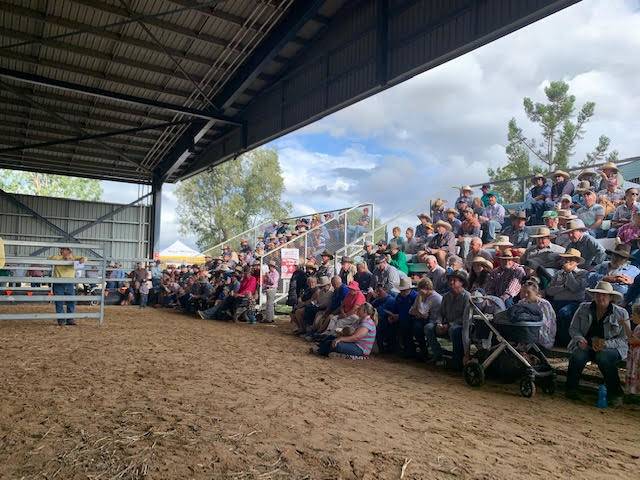 RECORD NUMBERS: The working dog sale attracted strong interest in the stands and online which had 131 online viewers.

"He's a reliable and mature working dog and it all comes down to labour costs and that he's been very well trained," he said.

"I was hoping to find a dog to bring home and I would have been sad if I went back with no dog."

Claiming top price honours for the pups was Neerim Diamond, who sold for $8000 to buyers Simon and Lou Maller.

The nine-month-old border collie pup was offered by Koolwai Working Collies and is the daughter of Carrdoon Zac and Double Barrel Dot. Ray White Gracemere livestock manager Gary Wendt described the sale as one for the history books, with 132 registered buyers in the sale and the best averages they've recorded.

"I wasn't surprised with the sale topper. Tim and I are fairly good mates and I told him he'd probably expect around that $10,000," Mr Wendt said.

"I'm glad Tim got it because Bongo was a really good working dog.

"Anyone could get him and go to work, but they'd just have to learn how to work him.

"Working dogs are cheaper than staff and accommodation for them is easy."

The working dog sale normally occurs every three years and coincides with Beef Australia, but Mr Wendt said the growing demand for good working dogs has resulted in the sale becoming an annual occurrence.

"We normally hold the sale every three years but we're going to have it every year from now on because there is a strong need for it," Mr Wendt said.

"After three years, the sale gets forgotten about a little bit and I think there's a need for every year now."

Winners and grinners from the Open Dog Trial 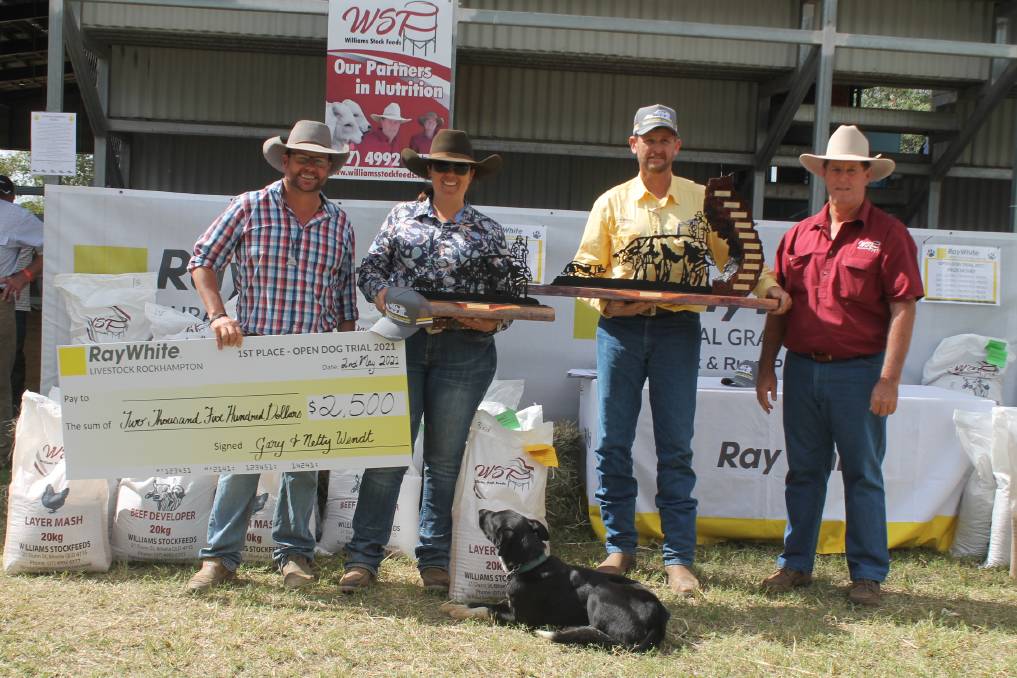 The trial tests the ability of the owner and their working dog in handling cattle or sheep.