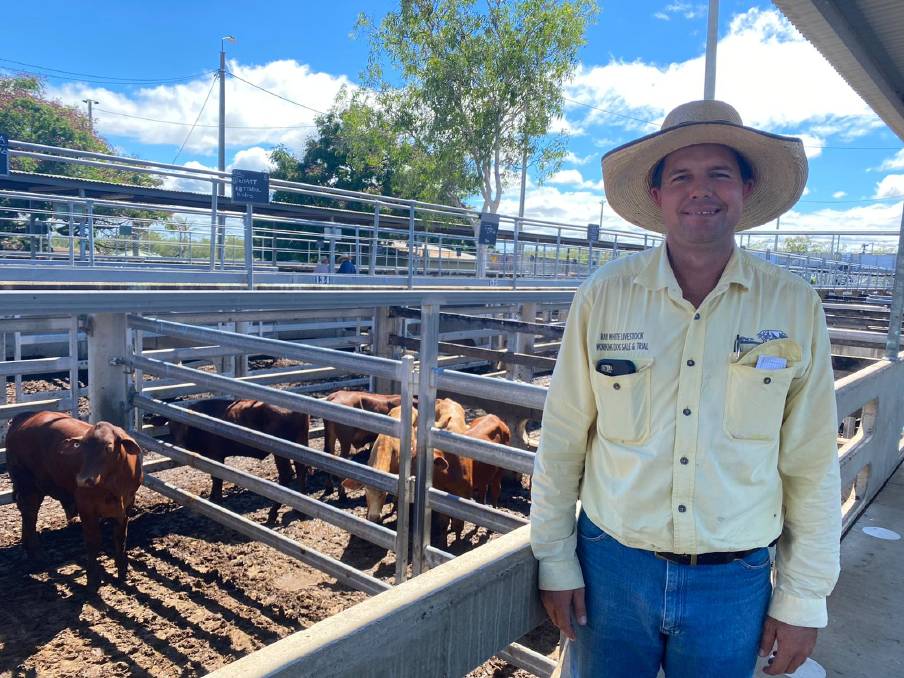 Lighter cattle have been a little hard to find, and this week there were three active buyers all chasing stock within that weight range, Mr Humble said.

With the market sitting higher, some buyers are seeking younger and lighter cattle as they feel they are paying less per head.

The buyer who secured them will grow them out to later sell them to the feedlot or bullock market.

Mr Humble said rain reduced the overall yarding to 889 head of quality cattle, and prices sat higher across the board.

I believe the sale was stronger in every category, he said.

In this category, Sarina vendor B and J Pace made 608c/kg for their Droughtmaster weaners which weighed 195kg and returned $1185/head.

For heifers under 200kg, sale-topping vendor Dean Wyatt and Nicole Marsh, peaked the price at 550c/kg for their 187kg line, which returned $1028/head.

Yungra Holdings made a good return for its No.1 Brangus offering, which reached 594c/kg, weighed 246kg to return $1463/head.

The cow market was strong, with A and V Gabel, also from Wowan, reaching 286c.kg for their Brahman pen which weighed 604kg to equal $1728/head.

MN and FM Noakes sold a pen of Brahman and Brangus cows and calves which hit $2525/unit.

Looking ahead, Mr Humble predicted next weeks sale would jump to a more usual yarding size of around 2500 head.

Although the rain in Central Queensland had been patchy, he said there was plenty of optimism in the market.

Rainfall always lifts the spirits and creates a great feel and vibe at the yards. Its always good for buyers to see green grass around the region when they drive to the sale, he said.