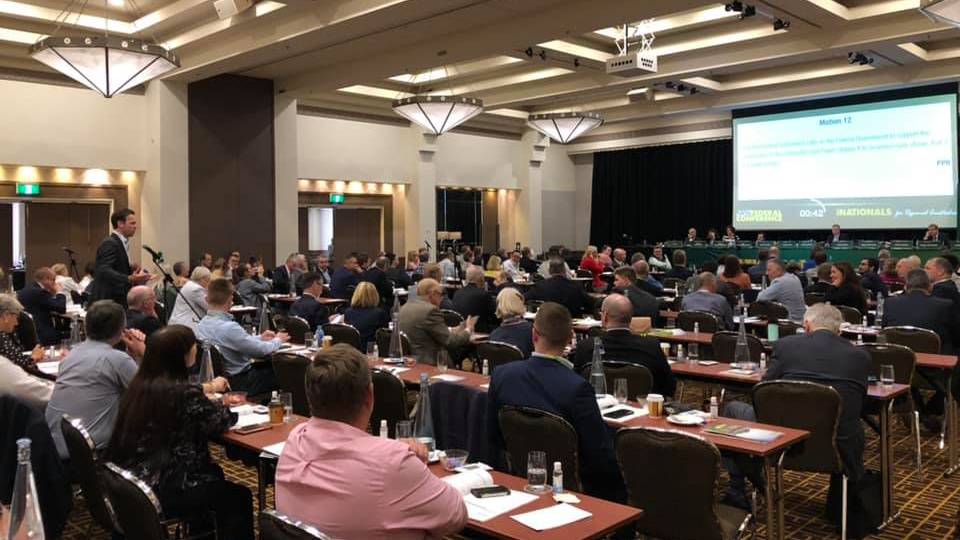 There were a handful of controversial motions voted down or withdrawn from the party's three-day federal conference.

THE Nationals have voted against investigating if speculators should be rubbed out of the water trading market at the party's national conference.

The motion was among a handful of controversial ideas voted down or withdrawn from the three-day event held in Canberra.

Put forward by the NSW branch of the party, the proposal called on the federal government to investigate limiting the trade of water entitlements to those who can make productive use of the water.

Another defeated water-related motion from the NSW Nationals sought an inquiry into removing the management of the Murray-Darling River from the states and putting it under Commonwealth control.

The Federal Young Nationals floated the idea of implementing a scheme to encourage employers to permanently move to a four-day flexible working week, and to explore options to expand working-from-home opportunities, however it was voted down.

A motion to support "mechanisms to achieve" a 2050 net zero emissions target, while mitigating against any harmful impact on manufacturing industry or agriculture was withdrawn.

Another proposal to demand the rights of the Holden brand name from General Motors and restrict its use to a possible future vehicle manufactured within Australia was also withdrawn.

Support was given to construction of Collinsville Coal Power Station if the business case proved it was viable, while nuclear and hydrogen energy were also backed.

A number of urgency motions were moved, including congratulating the party on the significant number of female politicians, while rejecting gender quotas.

The federal conference also requested each of the state branches review their code of conduct in an urgency motion.