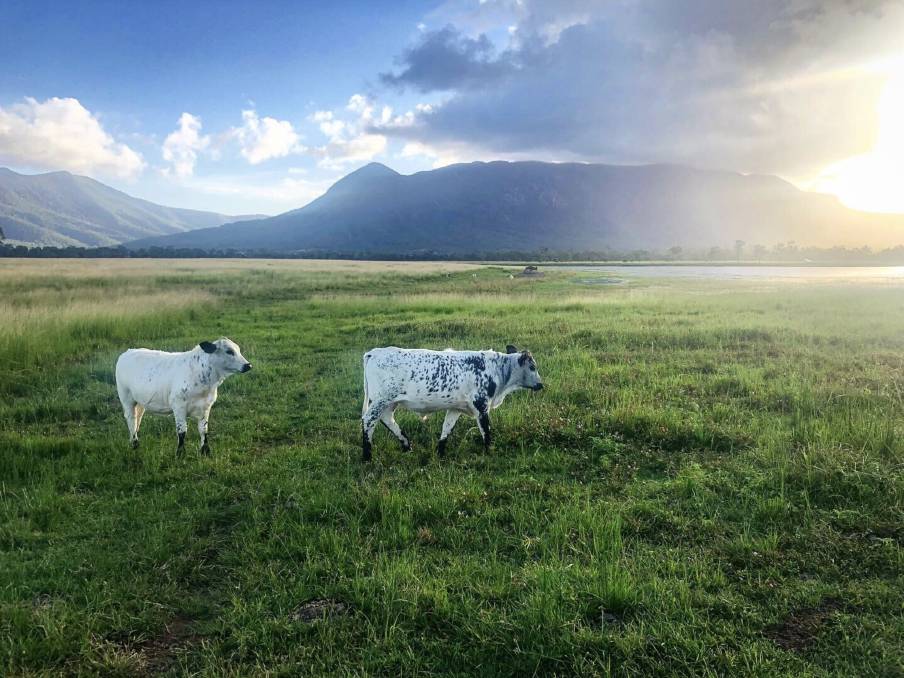 Speckle Park were first introduced onto Blair Plains in 2017 with the purchase of a bull from the Verdonschots, Sandra Jane's stud, Monto.

The halt to live export trade in 2011 led Central Queensland producer Travis Parry to rethinking his family's breeding program, culminating with the introduction of Speckle Park bulls, five years ago, a decision which has paid off in spades.

The halt to live export trade in 2011 led Central Queensland producer Travis Parry to rethinking his family's breeding program, culminating with the introduction of Speckle Park bulls, five years ago, a decision which has paid off in spades.

Blair Plains, in the foothills of Blue Mountain, between Sarina and Nebo is home to Mr Parry. He's the third generation of the family there after his grandad purchased the land in the 1960's. He stepped into a management role in 2016, taking the reins from his parents Lionel and Julie, who live and work with him.

Speckle Parks were first introduced onto Blair Plains in 2017 with the purchase of a bull from the Verdonschots, Sandra Jane's stud, Monto.

"We'd been running a self-replacing herd of Droughtmaster x Brahman, and we were breeding really good lines, but when live export trade was halted in 2011 it really impacted us as the oversupply of cattle diluted the market and in turn our prices," Mr Parry said.

"We wanted to find a bit of a niche market for an article that would have demand so there will always be an option to sell for a bit more of a premium," he said. 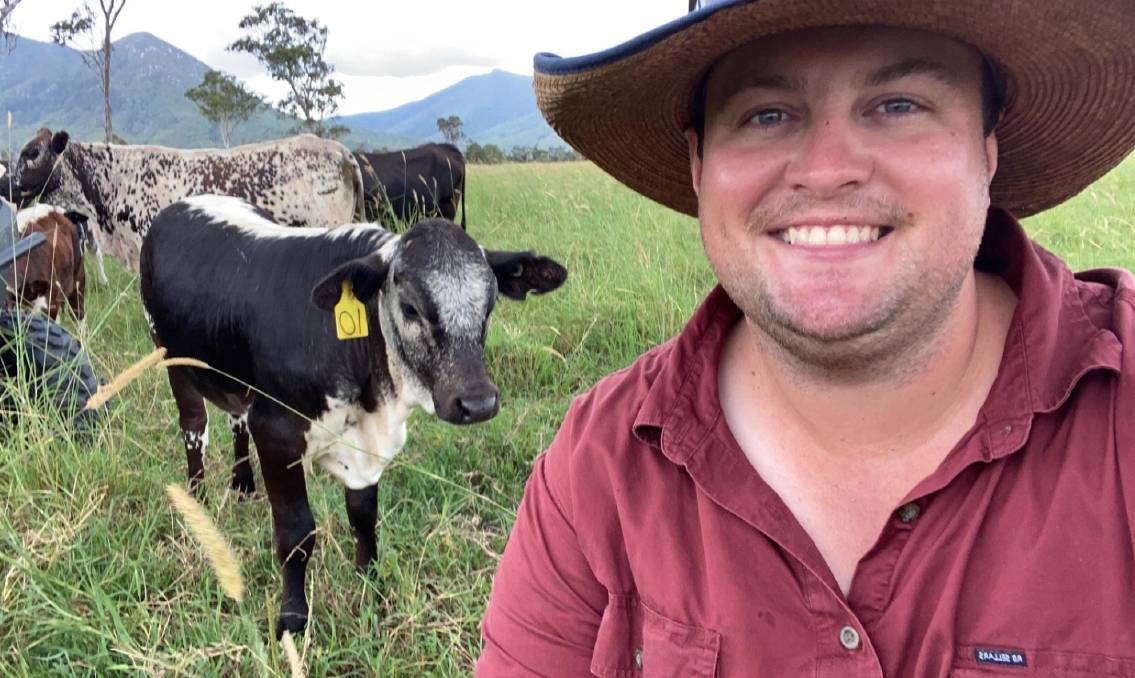 Central Queensland producer Travis Parry said the interest he's receiving for Speckle Park-cross progeny is so high that he can't keep up with demand at present.

Mr Parry said the Speckle Park bull purchased from Sandra Jane's has had a big influence on their operation.

"He was an impressive bull with a really nice temperament, he won a class at Ekka. He was a unique personality, very vocal. He was extremely fertile, with 90pc morphology, and high scrotals.

"He fit the type of bull we like: Good 200-day weight, large testicles, and low birth weight. We were just enquiring about another of the Verdonschots bulls recently."

During 2017 the Parrys also transitioned from Droughtmaster to Brangus, with Mr Parry saying it would now be close to a 50/50 split of Droughtmaster and Brangus females being joined to the Speckle Park bulls.

"There is a bit more of a premium here for black cattle, and with Brangus we can produce an crossbred article with the tropical adaption, slightly thinner coat, and tick resistance their Brahman content provides." 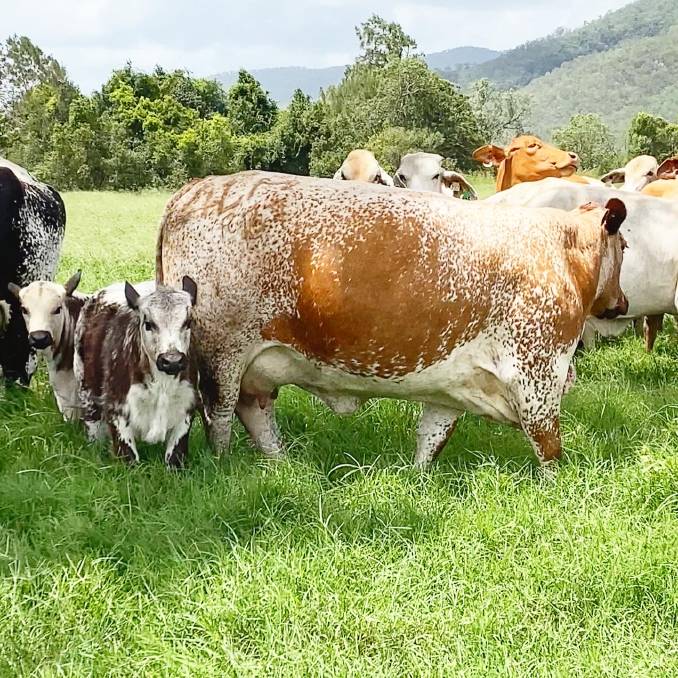 Mr Parry has been increasingly pleased with the programs' results.

"We had our F1 calves drop at the end of 2018, from which we received 20 progeny. At present we're only joining our breeders to Speckle bulls, it's quite exciting, we have the F1's, F2's and we're now getting F3's."

While the Parrys used to run the bulls in with the females all year-round, since 2016, they've switched to a fixed 90 to 95 day joining period from January 1 to the end of March/early April, weather dependent.

"We focussed on finding our high performance cows, and our herd is now performing really well. They calve in October, which is usually one of our dryer months, but by Christmas we're usually receiving rain so the timing works.

"Our older cows, with two or three calves, are reaching a fertility rate of 85 to 90 per cent, but it has been a bit of a learning curve with the younger cows as the nutrition detriments caused by our encroaching giant rat's tail grasses make it a bit of a juggling act to work out when we need to put them on high grade feed." 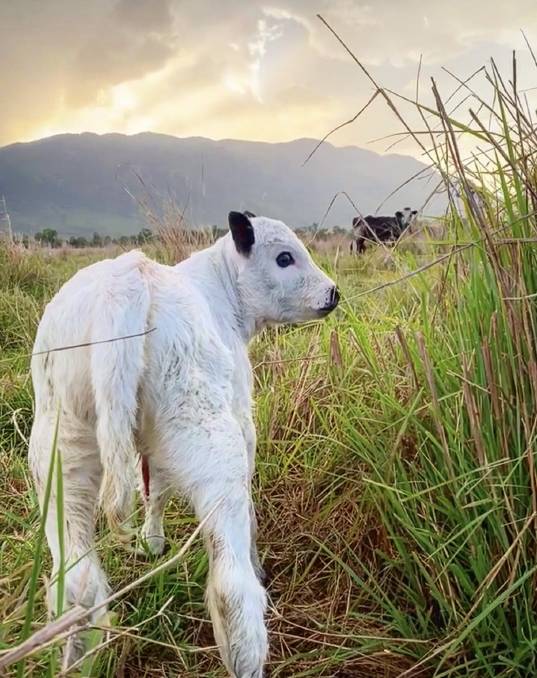 To increase their production, and to meet growing demand for their Speckle Park-cross article, the Parrys are starting a mid-year join with their No-0 heifers, so they'll have cattle available at the end of the year.

The Parrys had been selling steers as 180 to 220kg six months-old's to the Sarina, Nebo or Gracemere saleyards, but there has been a shift since their Speckle Park program got rolling.

"With the Speckles we're attracting a lot more on-property buyers. We still sell Speckle-cross cattle through the saleyards at times, but we can demand a bit more of a price on-farm.

"We've been getting 20c to 30c more than the average at Gracemere. There is certainly high demand for the Speckle-cross heifers, we can dictate our price on those, and we haven't had any issues to date with the values we place on them.

"We don't sell them in big lots, they mainly go to smaller operations starting out, hobby farmers, and those dabbling with the breed."

Mr Parry said the interest they're receiving for the Speckle Park-cross progeny is so high that they currently can't supply enough to keep up with the demand.

"To increase our production we're starting a mid-year join with our No-0 heifers, so we have cattle available at the end of the year."

While it could be a hard task considering the demand for their Speckle Park-cross article, Mr Parry is keen to hold onto some steers for the Central Queensland Carcase Classic and Mackay Show competitions this year.

"It would be great to gather some data which I can then provide to prospective buyers so they have a better understanding of what we're doing in our program. It would also be great to find out if we're on the right track or if we need to make some changes, which will in turn benefit our clients."