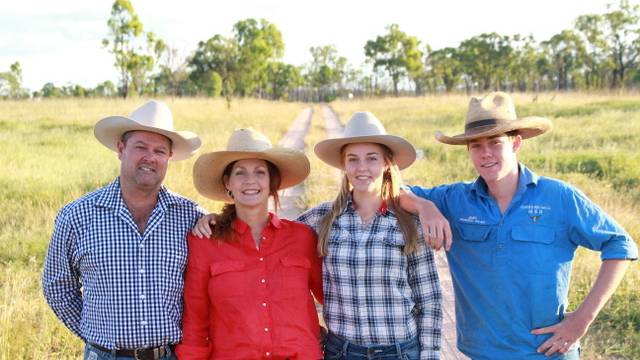 The Queensland Farmers' Federation has teamed up with Airbnb to help grow the state's agritourism industry by helping more agricultural families to start farm stays.

The Queensland Farmers' Federation has teamed up with Airbnb to help grow the state's agritourism industry by helping more agricultural families to start farm stays.

David and Jo Murphy from Clothes Peg Station, one and a half hours north of Hughenden, have been offering a cottage via Airbnb for three years now and are soon to open another one on a newly purchased fattening block at Malanda.

For them, it was a chance to bring in some extra income alongside their Brahman cattle operation, with the 23,500 hectare property's location near Blackbraes National Park one drawcard for visitors.

"It was a way to get a little bit of income to help upkeep a spare house. My husband's parents used to live on the property and then they retired to Townsville," Mrs Murphy said.

"Any money we get from it goes back into the house.

"Our very first customers were professors from Oxford University who were studying and dating the basalt.

While not as busy as some tourist regions, the Clothes Peg Country Cottage drew seven visitors last year, giving travellers in the area an option other than camping.

"We're five and a half hours from Cairns, so some people come and stay while taking the inland route, others have been on their way from Winton to Cobbold Gorge or travelling to the Undara lava tubes," Mrs Murphy said.

"I always find it as interesting visitors' story as they do hearing ours.

"It's lovely to have people come and show them how green, environmentally friendly and animal loving we really are, changing people's minds about what they think cattle station life might be like."

Mrs Murphy said she expects the Malanda Airbnb to be popular, given its location and the stunning landscape.

"There's 20 acres of rainforest on it and there's a beautiful pole house, you can hear birdsong and see views of the rolling green hills," she said.

QFF chief executive officer Georgina Davis said the Airbnb partnership was a positive step in raising Queensland's profile as an agritourism destination in Australia, estimating the sector was worth around $5 billion to the state economy by 2030.

"Agritourism provides opportunities for farmers to expand their businesses and market their produce through alternative channels, while gathering valuable feedback from consumers," Dr Davis said.

"Consumers desire to better understand where their food comes from, learn how it is produced and experience the ultimate in low food miles. Agritourism has an important role in creating a more direct connection between primary producers and the end consumer."

Airbnb's Head of Public Policy for Australia Derek Nolan said guests were always looking to explore their own backyard through unique, authentic experiences that immerse them in regional communities.

"Farm stays are a terrific way to both help farmers diversify their income, as well as put their communities on the tourism map," he said.

As part of the new partnership, Airbnb will run interactive webinars designed to help farmers become farm stay or experience hosts on Airbnb, as well as providing them with a bespoke guide to help them play a role in growing sustainable tourism in their region.