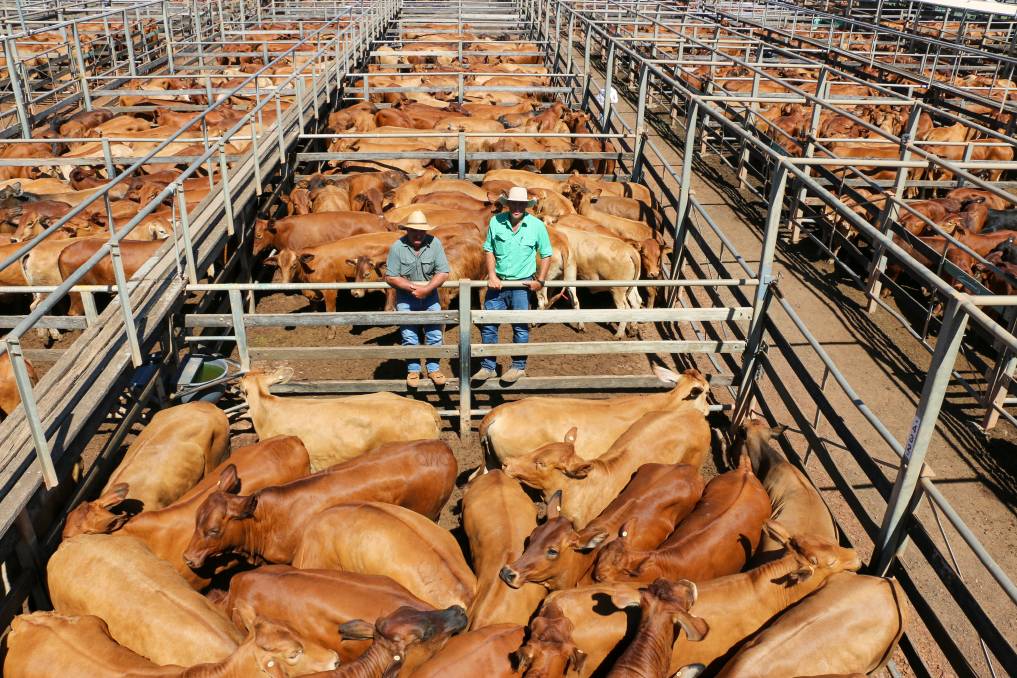 Property manager Lionel Kelly and Nutrien Roma agent Andrew Holt with a line of Walker family PTIC heifers. The PTIC heifers sold to 418c/kg, reaching a top of $1786 to average $1568.

A total of 4371 head of cattle were consigned at Roma's store sale on Tuesday, down by 1683 head after the weekend rain event across the local supply area.

A total of 4371 head of cattle were consigned at Roma's store sale on Tuesday, down by 1683 head after the weekend rain event across the local supply area.

Cattle were drawn from a wider supply area and included a large single-vendor run of females made up of PTIC heifers and cow and calf units.