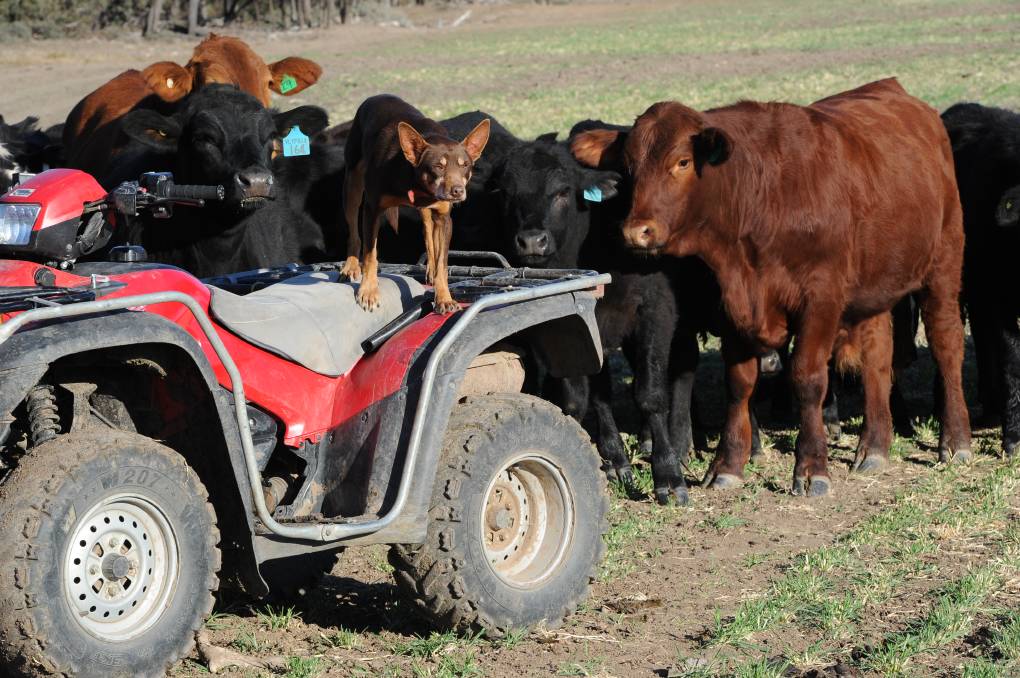 FLAT OUT: Punctured tyres on side-by-sides and quads are a pain for busy farmers.

What are the best tyres to reduce punctures on side-by-sides and quads? Ask Twitter.

A recent exchange on Twitter revealed deep frustrations with the frequency of punctures on side-by-sides and quad bikes along with a number of different suggestions for tyres to reduce the problem.

NSW Central Tablelands lamb producer Nick Bailey put out a call on Twitter seeking recommendations for tyres for his side-by-side that were less prone to punctures. 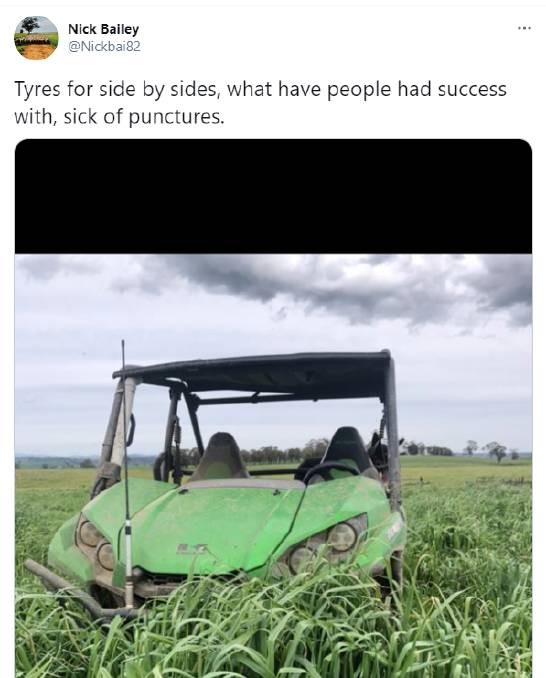 Tullamore, NSW, Merino stud breeder Mark Mortimer suggested to both they should try Chinese-made SunF tyres but warned a set could cost around $1500.

Director of the Kerin Poll Merino stud at Yeoval, NSW, said he had the answer "to your side-by-side tyre nightmare" - SunF 12-ply tyres.

Mr Kerin said the tyres could be worn right back to the canvas and still not get a puncture. The price tag of $330 was "cheap as" because the tyres lasted.

"Best things ever. Loud as buggery but zero punctures".

The story Sick of punctures on your quad and side-by-side?Ask Twitter first appeared on Farm Online.