The pair proved you don't need a top selling horse to take out the title. 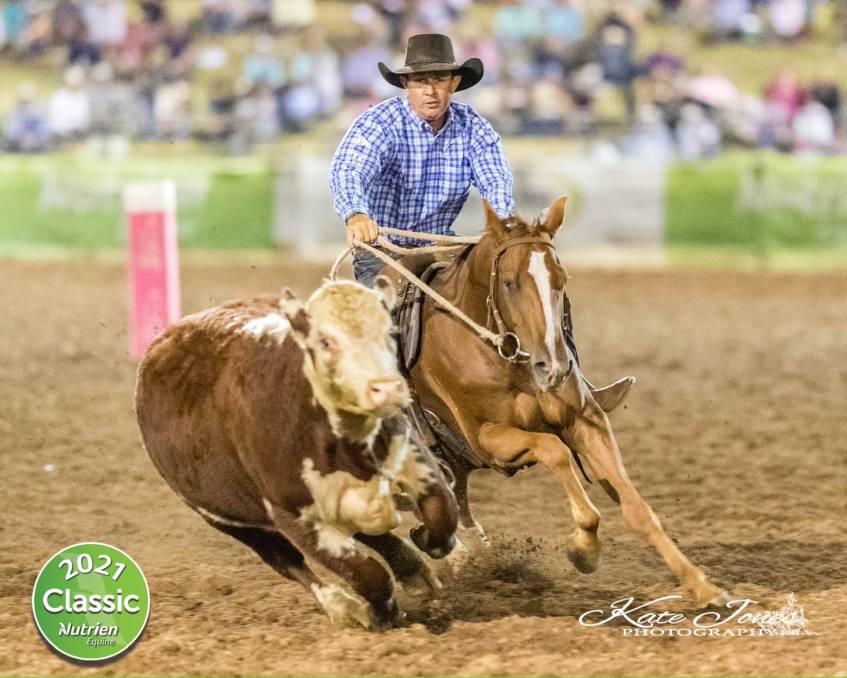 Ben Hall on board Rathcool Dr Who who together took out the Nutrien Classic Campdraft. Photo: Kate Jones/Nutrien Equine

A horse purchased for $20,000 from last year's Nutrien Classic horse sale has walked away with $100,000 in prize money after taking out the prestigious campdrafting event in Tamworth on Wednesday night.

Rider Ben Hall from Bibil Station at Muttaburra in Queensland became a two-time winner of the Nutrien Equine Classic Campdraft when he rode Rathcool Dr Who, owned by himself and Jaye Hall, to a winning score of 269.

The five-year-old gelding was purchased from Andrew and Jill Stallmann last year and was by One Stylish Pepto out of a Smart Little Diablo mare, Rathcool Vienna.

Not only did they win the $50,000 Classic cheque but another $50,000 incentive as progeny of One Stylish Pepto.

With a one point lead they had the first run out in the final and scored an 88 for a 269 total.

It was enough to beat second placegetter Matthew Moffat on Yaven Smooth Sailing owned by Kurt Hanrahan on 266 and third placegetter Halls Pledge, also ridden by Ben Hall, and owned by CM Pastoral Company on 265.

In other results Matt Moffat on board Cat Swift took out the Young Guns Campdraft.

The four-day sale kicks off at AELEC today.

The story Dr Who wins $100,000 at Nutrien Classic first appeared on The Land.