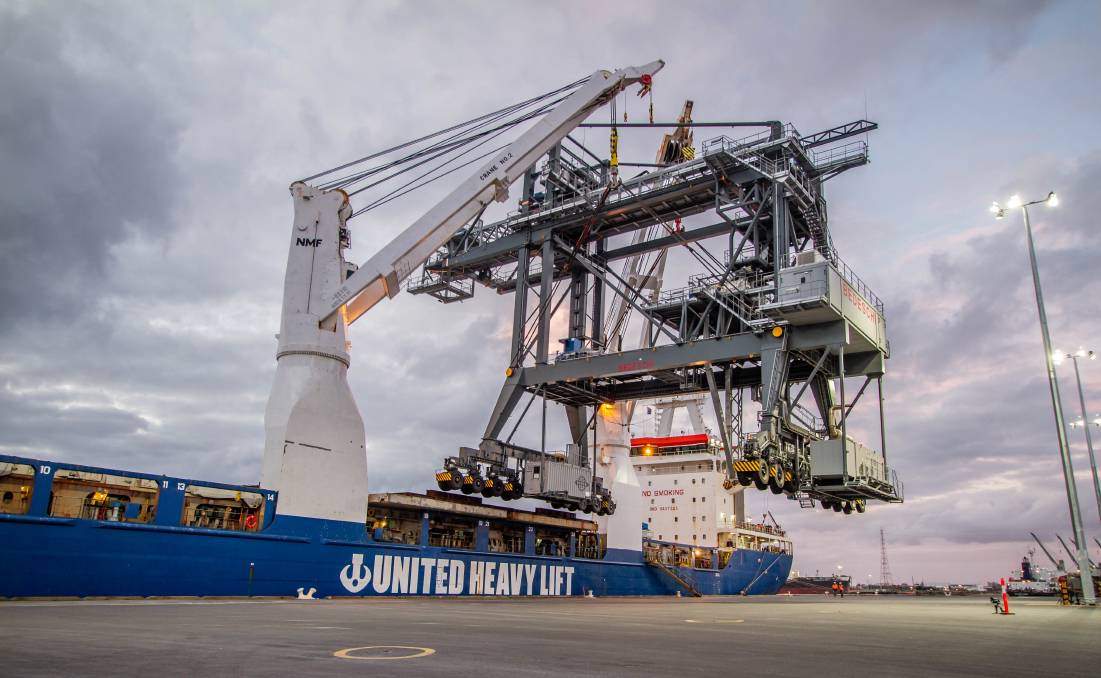 There will be another avenue to the export market in SA with Cargill unveiling its mobile ship loader at Port Adelaide.

CARGILL is loading grain for export at Port Adelaide via the use of an export mobile ship loader it has had built for grain exporting.

The first exports via the port facility at Berth 20 at Port Adelaide were loaded this week.

Cargill officials said that while the loader was mobile they intended it to stay at its current location for the foreseeable future.

Viterra has a stranglehold on grain exports out of South Australia, however there have been new developments in recent years on the Eyre Peninsula, via Free Eyre's Port Spencer project and T-Ports' development at Lucky Bay and a proposed project at Wallaroo on the Yorke Peninsula, along with Eyre Peninsula CBH's Cape Hardy project.

Cargill is focusing on exporting out of Port Adelaide, where it has previously executed grain exports using a mobile ship loader as far back as 2016.

The company said in a statement it believed its new loader was thought to be the first purpose built mobile ship loader in Australia and said it was pleased with the loading rates the loader could achieve.

"This is particularly important in large exports years like this one, where increased port capacity creates new market opportunities for South Australian growers," he said.

Technically, he said the new facility featured state of the art quality control with the latest technology in sampling, testing and screening.

The port facility was designed in Europe, with major componentry built in Europe while the superstructure was built in China.