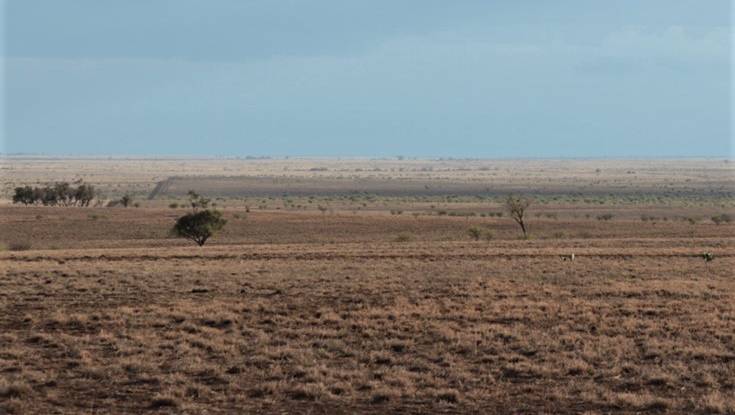 Greendale, to the west of Tambo, is one of the many pockets in the west of the state that has missed out on any relief rain to date. Picture supplied.

Paddocks of brown dirt and stalks of dry grass are still in desperate need of their first good rainfall event in many parts of Queensland, and those that have had rain are searching the skies for much-needed follow-up.

Paddocks of brown dirt and stalks of dry grass are still in desperate need of their first good rainfall event in many parts of Queensland, and those that have had rain are searching the skies for much-needed follow-up.

Media reports between Christmas and the start of 2021 were filled with news of a good storm cell in parts of the central and north west that overflowed Prairie, Cornish and Landsborough Creeks in the Thomson River system, or flowed eastwards into the Belyando-Burdekin system.

One of those properties that managed to score 100 to 125mm in that system was Moonby Downs, 40km south of Hughenden, owned by Bob and Margie Little, but they say the rain has yielded a lot of weed and very little grass.

"Some grass is coming through but if there's no follow-up in a couple of weeks, that'll be gone," Mrs Little said. "Further south, down the Hughenden-Muttaburra Road, they haven't even had that amount of rain."

The couple runs sheep at Moonby and destocked down to 1000 wether midway through the year as the season deteriorated, feeding hay and blocks until now.

"We've stopped for the time being - you look out and it looks green," Mrs Little said. "The sheep are chasing the green pick and the grasshoppers are too."

Flinders Shire Mayor and Hughenden landholder Jane McNamara was also seeing "millions of tiny grasshoppers" around her district and said it was difficult to see any grass growth keeping ahead of them.

"The response to the rain we had has been very patchy," she said. "After nine years of drought, it's having a very mixed response, especially the Mitchell grass."

She estimated 90 per cent of the grass tussocks on the country owned by herself and husband Brendan McNamara hadn't struck from the rain. 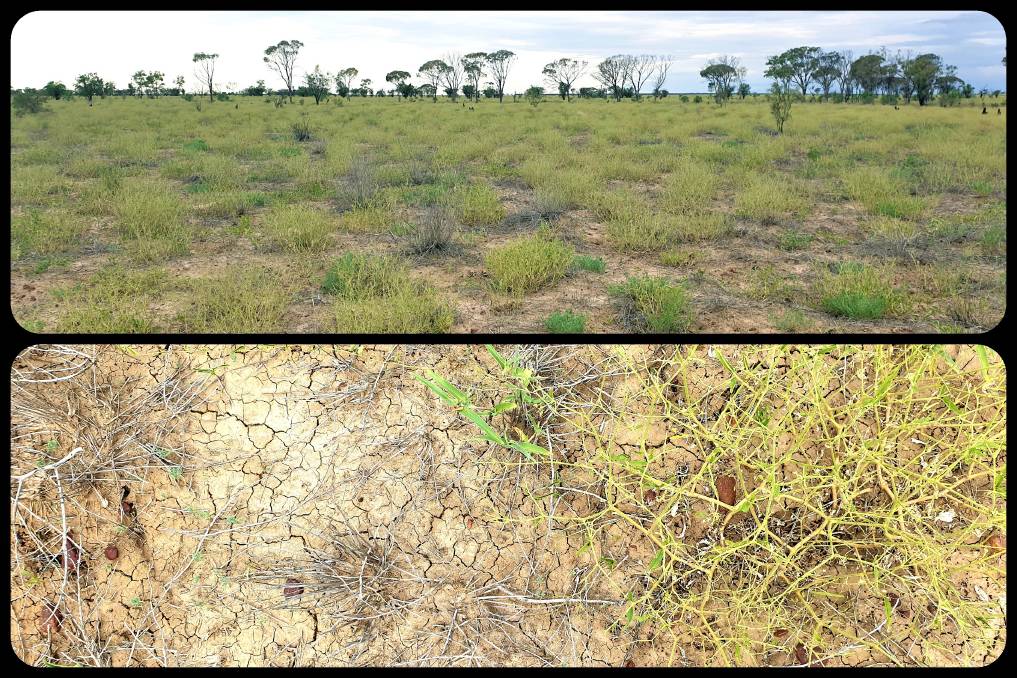 The green tinge in paddocks in north west and here in central west Queensland is deceiving, with much of it being weeds rather than growth from grass tussocks.

Of those that had, seeding was about to start but would burn off without another drink soon, she said.

"We'd love Cyclone Kimi to visit but I doubt she will.

"Many places need another 100mm at least to do good and set us up for a season."

Further south, Matt and Amanda Bauer at Greendale to the west of Tambo, are in a pocket that's not received even a hint of a break in the season yet.

They have rainfall records stretching back to the 1890s and say this is the first time those records show four consecutive years of less than 325mm on the property. 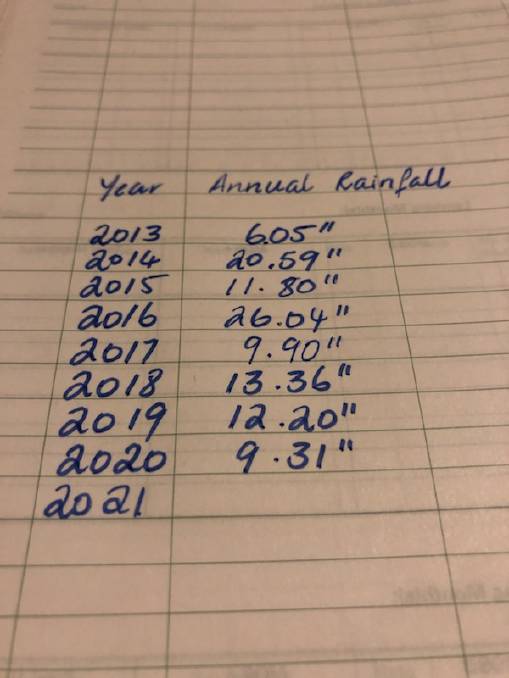 "We've been here for 27 years and this is definitely the worst we've experienced," Mr Bauer said.

The pain of waiting while rain has fallen around them has been compounded by forecasts of 100mm or more by the Bureau of Meteorology that haven't eventuated.

"We did expect a break by now, and it hasn't happened," Mr Bauer said. "We're in a pocket that's just missed out."

They've been saved by their property Glenariff at Stonehenge, which was in the line of storms in 2019 and which still has some grass, but have been seeking out agistment options in recent days.

"February 18 was when it rained at Greendale last year," Mr Bauer said. "But we're going to need a lot of rain to turn this around."