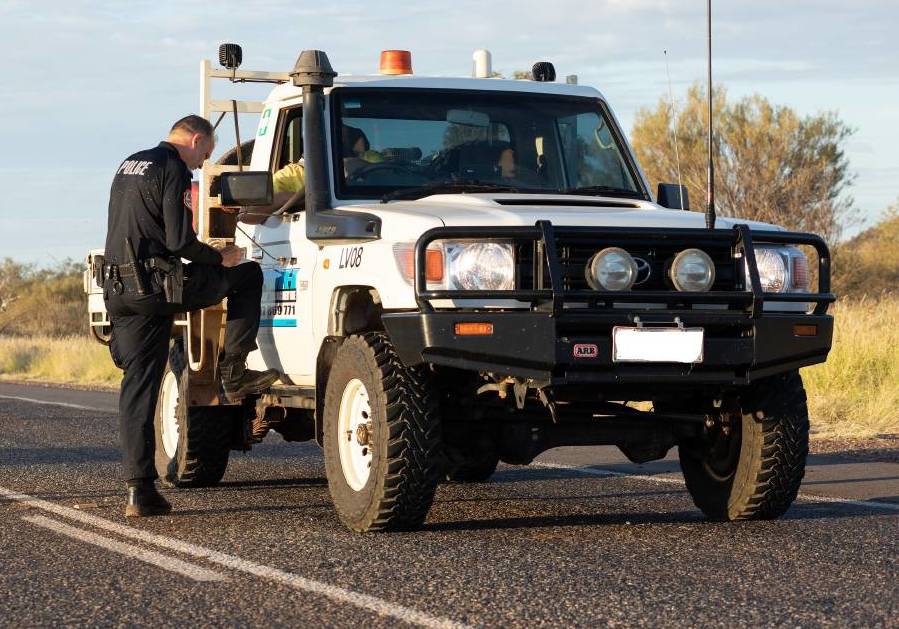 A cross-border ban on dogs is being considered by national authorities but some experts already fear it would be unworkable without border crossing checks.

A cross-border ban is being debated by national biosecurity agencies to contain the spread of a deadly dog disease.

A cross-border ban is being debated by national biosecurity agencies to contain the spread of a deadly dog disease.

A halt on the inter-state movement of dogs is being weighed up by the national Consultative Committee on Emergency Animal Diseases.

The devastation caused across northern Australia with the arrival of the tick-borne disease canine ehrlichiosis has led to calls for urgent action.

The bacteria ehrlichia canis was first detected at Halls Creek and Kununurra in Western Australia back in May and was found in the Northern Territory less than a month later.

Professor Peter Irwin, principal of the College of Veterinary Medicine at Perth's Murdoch University, said the arrival of ehrlichiosis was a disaster.

More than a third of all dogs in some remote Top End communities have died after being infected.

The common brown tick has long been established in tropical and sub-tropical areas and is easily able to survive to carry the disease right across Australia.

In rare cases, infected ticks can transmit the disease to people. Infected dogs are not known to pass on the disease.

While experts like Prof. Irwin believe COVID-style border restrictions are unlikely to stop the spread, officials are still considering "movement restrictions" on dogs.

Western Australia has already imposed its own internal restrictions for people moving their dogs from north to south.

Dog owners must notify authorities of their intentions, complete a dog movement form and treat dogs for ticks before travelling.

WA chief veterinary officer Michelle Rodan said holidayers travelling with their dogs to northern WA should be aware the disease was established in the Kimberley and had also been found in the Pilbara, Gascoyne and northern Goldfields.

"If you are taking your dog to northern WA, take steps to reduce the risk of ehrlichiosis in your dog by visiting your vet before travelling to obtain a suitable tick treatment," Dr Rodan said.

"Treat your dogs for ticks regularly, both before and after your trip, and check them for ticks every day, especially around the neck, head, ears, armpits, belly and in between toes.

"If your dog shows any of the signs of ehrlichiosis, such as fever, lethargy, enlarged lymph nodes, loss of appetite, weight loss and bleeding disorders, contact your vet or 1800 675 888 for advice. Rapid treatment provides the best chance of recovery.

All states and territories are conducting "surveillance activities" on domestic dogs, feral dogs and ticks.

"Jurisdictions are currently considering whether the extension of movement conditions beyond Western Australia is required to prevent the spread of the disease into the southern states and ACT," federal government officials said.

"Once there is more information about the extent of ehrlichiosis in Australia, the states and territories will decide if further movement conditions are required."

Most states and territories are running community awareness campaigns to advise dog owners about ehrlichiosis and the actions they can take to prevent the disease in their dogs. 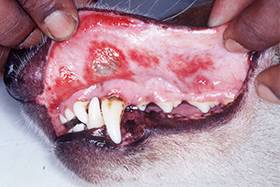 Ehrlichiosis is devastating to dogs once they are infected from tick bites. Picture: Prof. Peter Irwin.

There are currently no movement controls of dogs to Queensland from the the NT or WA "however, as a dog owner in Queensland, you have a general biosecurity obligation to be aware of and manage the risk of E. canis infection", a government spokesman said.

Dog owners have been advised to avoid taking their dogs into tick-infested areas.

"Inspect your dog daily for ticks, especially if they have been in a tick-infested area.

"If you are travelling with your dogs to Australia's northern regions, be particularly vigilant about tick-infested environments and congregations of dogs which may be carrying ticks. This includes places where you may stop at, like fuel stations and caravan parks."

Ehrlichiosis is a nationally notifiable disease. This means, if you suspect your dog is showing signs of the disease, you must report it to your local vet or the national Emergency Animal Disease Watch hotline on 1800 675 888.

"This disease is different and far more deadly than anything we have seen before," Dr Alexander Burleigh says.

Dr Burleigh is a veterinarian in Katherine in the NT, one of the current hot spots for the disease.

"I just had to put down another dog tonight due to a nose bleed that would not stop," he said recently.

"The dog was only three years old and had his entire immune system wiped out by this organism.

"The owners don't want others to go through the same thing."

Dr Burleigh said Katherine has not even hit the peak period of the ticks yet.

"I fear we are going to see lots of sick dogs throughout Katherine and soon throughout Australia," he said.

"We know that Ehrlichia now extends through most of the Territory and when we hit peak warmth, wet and ticks, we will see a surge of Ehrlichia cases in dogs."

He said the disease used to only exist overseas "and now we have it here".

"We don't know how it came in. In communities where we have seen it, the populations of dogs have dropped by up to 30 per cent."