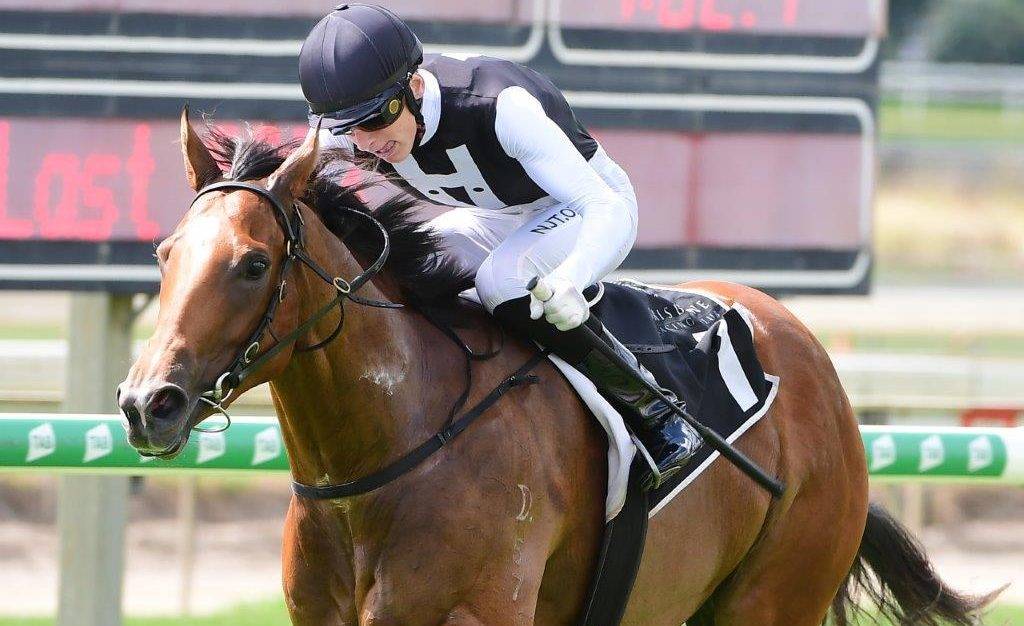 IN THE FAMILY: Jan Clark, Daandine Stud, Goomburra, bred MM Guineas fancy Isotope and her yearling half-brother which has sold for $450,000.

Queensland vendors have been busy on the opening days of the 2021 Magic Millions auctions on the Gold Coast.

QUEENSLAND vendors have played a worthy hand in the early sessions of the 2021 Magic Millions yearling auctions on the Gold Coast.

After two days of selling, 28 youngsters presented for sale by vendors based north of the Tweed River have sold for an aggregate of $4,950,000 to return an average just above $176,000.

A chestnut colt from the draft of Jan Clark's Daandine Stud, Goomburra topped the price list at $450,000.

Listed as Lot 357, the Sebring half-brother to Magic Millions Guineas fancy Isotope (by Deep Field) was bought by the partnership of Black Soil Bloodstock, John Foote Bloodstock and Gollan Racing.

The colt bought by Black Soil et al is the third foal of the winning Choisir mare Great Dansaar, a half sister to dual Group 1 winner and Cox Plate placegetter Yankee Rose (All American).

Clark, whose father Jim was a doyen in the breeding and racing business, bred Isotope and presented the half-brother in exemplary fashion.

Leading Victorian trainer Mick Price went to $400,000 for a son of I Am Invincible and Hijack Hussy from the draft of Glenlogan Park, Innisplain.

He'd previously been passed in when bidding stopped at $350,000 but sold soon afterwards.

Another five yearlings offered by Queensland vendors at the opening two sessions fetched prices of $200,000 or more.

By Zoustar, the bay colt from Emotional Circus is a half-brother to the winners Acrobatic and Jazz Steed and also counts super sire Fastnet Rock among relatives.

All Winners Thoroughbreds won a tense bedding duel to snare the half-sister to Golden Sixty, the Hong Kong star rated one of the best horses in the world in 2020.

Kandice Pritchard, KBL Thoroughbreds Beaudesert, was delighted with the $360,000 they received for the Brazen Beau-Dejavu Rock colt (Lot 218).

Related to Top Slice, a winner of six races, and Brisbane sprinter The Odyssey (Better Than Ready) he was bought by the China Horse Club and Newgate Bloodstock.

The sale continues until January 18.