Australia is moving at its own pace in terms of cannabis legislation, and growers, economists and policy analysers say that is probably for the best.

It might not be happening quickly but the cogs ending Australia's cannabis prohibition are turning - according to one of the country's largest suppliers of industrial hemp genetics, Hemp Farms Australia.

Lauchlan Grout and Harrisson Lee founded the company in 2013 and believe industrial hemp and cannabis is no longer a niche industry in Australia with regulation slowly catching up with the crops' potential as a nutritional and medicinal product.

The pair were just 20 years old when they began building HFA and did it off the bold prediction Australia would one day legislate the sale of cannabisfor human consumption and export.

That prediction would come true in 2017, the Brisbane duo seized the opportunity and began closing the gaps in the industry, bringing suppliers to processors and then appropriating product for retail through education.

Mr Grout said the process took a lot longer than they expected but believes cannabis is slowly shaking off its stigma.

"The story has just been misunderstood about the plant," he said.

"You can't provoke or enlighten people on cannabis, you've just got to help consumers know about the history of the product. Cannabis is having a re-founding.

"You could harvest a whole field of industrial quality hemp and roll it into a joint, and you would get emphysema before you got a high."

The pair worked two jobs while getting their business off the ground, Mr Grout said the project was about doing something they were passionate about.

"It might sound corny, but this was never about making money," he said.

"I wanted my life's work to be building my dream and not someone else's; to be something that I could be passionate about.

"Working with industrial cannabis you're not only helping people get access to a super useful plant, you're also helping the environment."

Mr Grout said hemp is a key player in the fight against climate change.

"Industrial hemp is one of the best plant carbon sequestrators in the world," he said.

"You can capture the same amount of carbon and return it to the soil in a hundred days with hemp than what a 40-year-old pine tree plantation does in its lifetime.

"It annoyed me that this crop wasn't used as a rotational cropping tool around the world."

"Separating the definitions between industrial hemp and medicinal cannabis has been the biggest issue so far," he said. 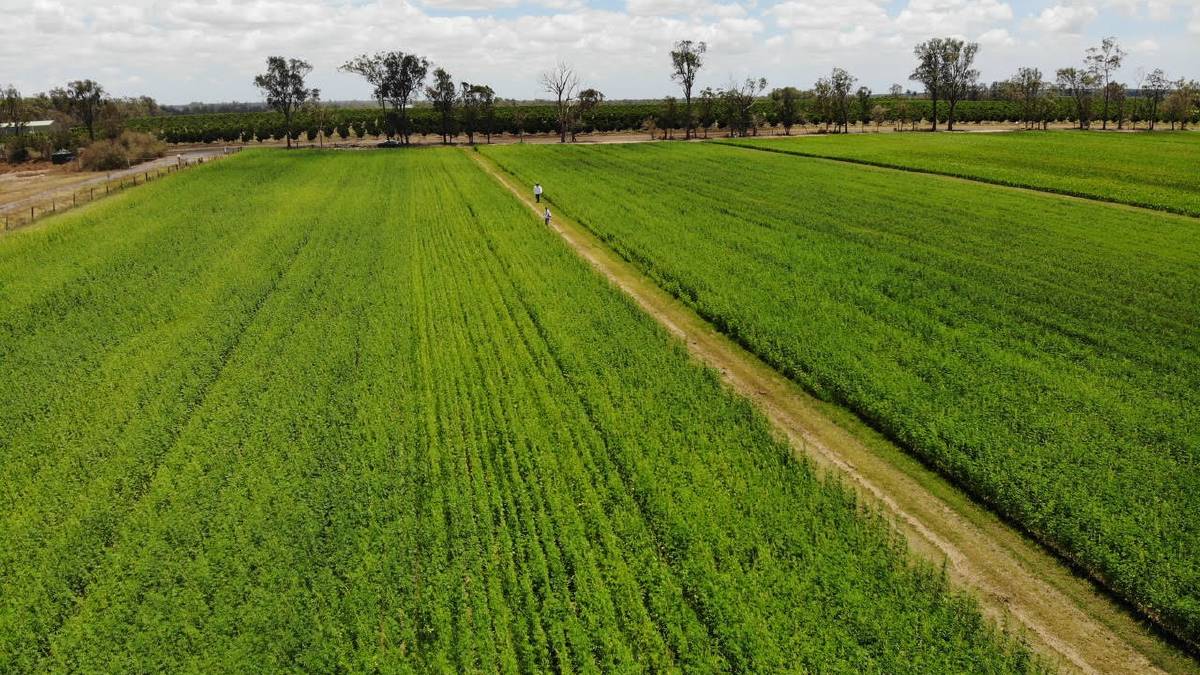 "The language that is used needs to clearly define the commodity, we're seeing now that people understand industrial hemp has health benefits that are nutritional and therapeutic but not medicinal.

"There are a lot of other uses for growing industrial hemp, the fibre it produces can be used for biodegradable plastics, building materials, batteries and clothes."

Mr Grout said it's up to hemp product producers to educate consumers on the nutritional benefits of hemp.

"The demand for value-added Australian hemp grain and fibre is growing exponentially, we are able to supply the high quantities of sowing seed required for commercial crops," he said.