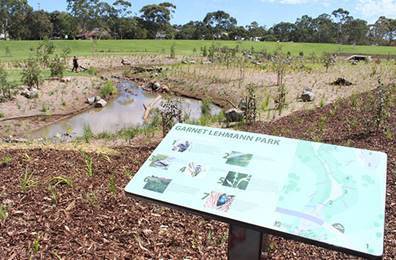 Sunday's 10th anniversary of the flooding in the Toowoomba region and the wider natural disaster that inundated much of the state is a time for deep reflection and praise, according to Toowoomba Region Mayor Paul Antonio.

Sunday's 10th anniversary of the flooding in the Toowoomba region and the wider natural disaster that inundated much of the state is a time for deep reflection and praise, according to Toowoomba Region Mayor Paul Antonio.

Cr Antonio said the flood event of January 10, 2011 in Toowoomba left indelible memories for anyone who witnessed the surging water or saw unimaginable pictures and vision of the disaster that isolated the city and cut off much of the broader region.

The Toowoomba flash flood was part of a wider flood disaster across Queensland that claimed 33 lives (with three people still missing) and which saw more than 78 per cent of the state declared a disaster zone.

"Most importantly, we recall the tragic loss of three lives that occurred in the Toowoomba region at that time," Cr Antonio said.

"It is a time to remember Donna Rice and her son, Jordan, who died when they were swept from their car during a valiant rescue attempt at the intersection of James and Kitchener streets.

"We also pause to remember Robert Kelly of Gracemere, who died on a flooded crossing near Brymaroo.

"Many other people were rescued across the city and region on that day and in subsequent days.

"Flooding first affected residents around Cecil Plains in late December 2010 and ongoing rain late that year and into 2011 meant just about the entire region was affected by flooding in some way.

"The Condamine River and its tributaries spread across the vast flood plain along its length and Oakey residents also endured a devastating flood.

"In times of adversity it was uplifting to see the determined response by all emergency services personnel and volunteer groups, particularly the SES and community recovery groups like Lifeline.

"Our community forever is indebted to the courageous actions of the swiftwater rescue teams and all emergency services staff who worked tirelessly to evacuate or help residents."

Cr Antonio said that while the anniversary was cause for deep reflection, they could take great pride in the projects that have been completed that have made the region a much safer and more flood-resilient place to live.

"Council's top priority has been to improve public safety and upgrade flood immunity and awareness about preparing residents for inevitable future events," he said.

The events of the fateful summer of 2011 highlighted how a city 700m above sea level could not underestimate the unstoppable ferocity and sheer unpredictability of nature, Cr Antonio stressed.

"History shows there have been other floods through the city, but nothing quite on this scale in recent times.

"The Toowoomba region experienced a very wet spring in 2010 with consistent rain across December and early January 2011.

"Up to 150mm of rain fell across parts of Toowoomba city and its saturated ground and creek catchments on January 10, 2011.

"Council started the mammoth rebuilding process with the assistance of the Queensland Reconstruction Authority with funding provided through the joint state and Commonwealth funded Natural Disaster Relief and Recovery Arrangements program (up to 75 per cent federal, 2pc state funding).

"The Queensland Floods Commission of Inquiry clearly stated in its final report that councils had a responsibility to mitigate future flood impacts.

"I am confident the region has vastly improved infrastructure that will offer greater resilience to withstand future flooding."

Cr Antonio said the Toowoomba council had also undertaken one of the most comprehensive flood study projects by a local government in Australia.

"At the core of this work was the Flood Risk Assessment Planning Evaluation and Scheme Amendment project," he said.

"It delivered multiple flood studies for 30 townships and the Condamine River catchment, along with comprehensive recommendations to better regulate development within flood risk areas to protect people, property, infrastructure and the environment from flooding.

"More accurate flood mapping allows a better understanding of a location's vulnerability to flooding and helps to raise awareness about flooding and flood risks around the region for residents as well as state and local government policy makers.

"Our studies have provided greater clarity around what type of development is best suited to different areas, depending on the flood risk.

"This not only protects human life and property, but also has a beneficial flow-on effect for the insurance sector. These studies are living documents that will be regularly updated to reflect new development.

"Despite all the mitigation measures, creeks and gullies will flood roadways at times and I stress the state government's message that, 'If it's flooded, forget it'."

TRC Infrastructure Services Committee chair Cr Carol Taylor said council was committed to improving the community's ability to prepare and respond to future flooding and do what was necessary to create a safer, stronger and more resilient region.

"Council's work on flood mitigation programs has left the organisation, other agencies and the community better prepared and aware of flood risks and how to deal with future events," she said.

"Apart from a massive reconstruction program and ongoing annual capital works, council has been working on a range of complementary projects covering land use planning, flood studies and mapping, overland flow mapping and emergency management planning.

"Following the 2010/2011 record flood events, council undertook the largest flood recovery program the region has seen. This program was interrupted by further flooding in early 2013 and subsequent events.

"While the repairs and flood mitigation engineering were expensive, most of the funding was drawn from outside ratepayer contributions and the works have been designed to protect Toowoomba region residents for generations.

"The impact of the 2010 and 2011 floods resulted in a local road network reconstruction program worth more than double the cost of council's annual capital and maintenance works program. This was completed in late 2013.

"Works to repair damage caused by the 2013 floods were finished in June 2015. Around $200 million in new and improved infrastructure was replaced or installed across the region as a result of the floods.

"In addition to restoration works that were completed under the Natural Disaster Relief and Recovery Arrangements banner, 13 other projects secured extra funding of approximately $10 million from the Queensland Reconstruction Authority under its Betterment program, which is funded under category D of the NDRRA.

"This program specifically allows roads and other infrastructure to be built to a more flood resilient standard. Council also contributed more than $2 million to these projects.

"Besides the improvements to the area's roads, council has undertaken significant flood mitigation works in the Gowrie Creek catchment to improve public safety and create a more flood-resilient community.

"These projects reduce the likelihood of flooding in the CBD and now offer safety improvements at many road crossings across the city.

"The combination of detention basins and several channel improvement works, including the West Creek channel works as part of the Outer Circulating Road Victoria Street extension project and the upgrading of the East Creek Ruthven Street culvert, means that water gets away faster and more safely, reducing the risk of flooding."

Cr Taylor said there was recent evidence showing how the massive construction programs were working during storm events.

"Recent heavy rain events in Toowoomba late last year, and on other occasions, showed that the various projects were working to do exactly what they were designed to achieve by keeping the creeks flowing in their respective channels.

"While we can't completely safeguard against extreme weather events, I'm confident that the region has vastly improved infrastructure that will offer greater resilience to withstand future flooding and mitigate flood impacts.

It concentrated on overland flow in the Gowrie Creek catchment.

"Overland flow in the Gowrie Creek catchment has the potential to cause significant property damage due to the widespread nature of this type of flooding across this large, urban catchment," Cr Taylor said.

Coincidentally, Sunday marks the 45th anniversary of the 1976 hail storm that tore a destructive path across the southern and eastern escarpment of Toowoomba. Hail, wind and driving rain destroyed windows and damaged roofs on hundreds of homes and businesses.

Rangeville State School, Toowoomba Grammar School and St Vincent's Hospital reported some of the most extensive damage from the afternoon storm.

Toowoomba's Cobb & Co Museum is displaying some of the hundreds of memories shared by visitors to the 2012 exhibition Toowoomba Never Floods exhibition.

The Toowoomba Floods 2010 Reflections digital display will be on display from Sunday, January 10 to Sunday, February 7, 2021.