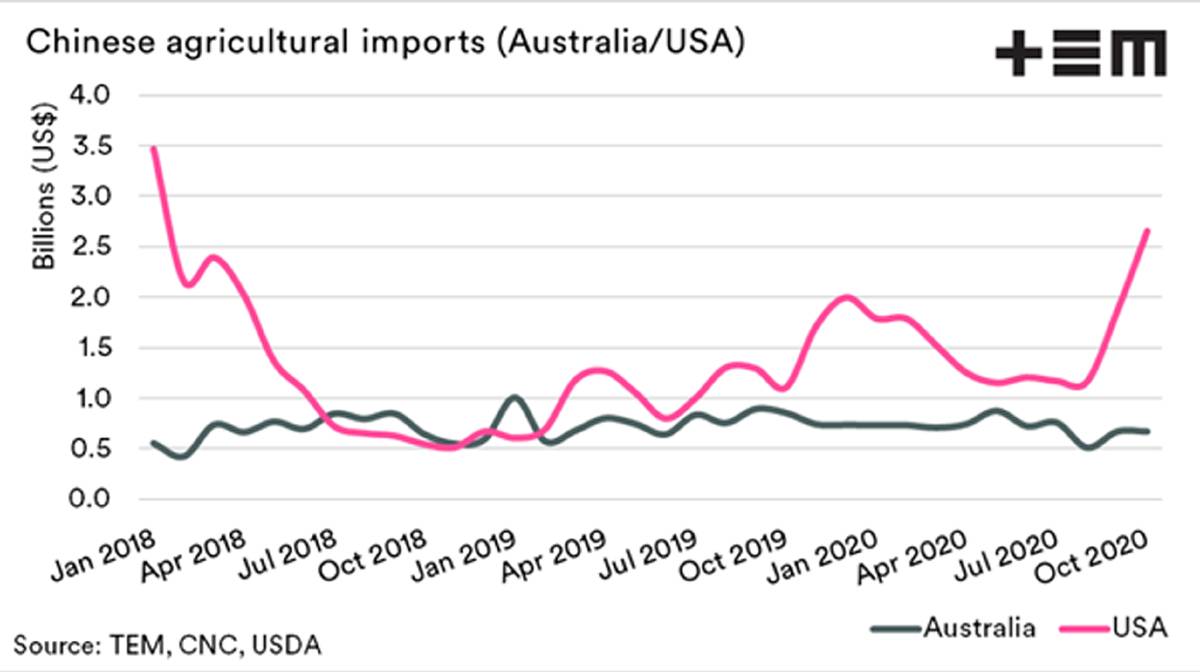 The Thomas Elder Markets (TEM) team has been discussing the phase 1 deal as a major challenge for Australian agriculture for the past year, and expects that China will have to preference goods from the US in order to protect its export markets.

UNITED States president Donald Trump will be out of the White House by the end of January, but his legacy is likely to remain for some time and it will have an impact in Australia.

One of the most prominent marks which Mr Trump made on agriculture was a trade war between China and the US.

He hit out with tariffs against Chinese imports, which resulted in China slapping hefty tariffs on a range of US agri-products.

The result was that a large volume of products usually sourced from the US being switched to other origins.

The biggest example was the large switch of soybeans from the US to Brazil.

The two nations got to the negotiating table at the end of 2019 and agreed to a phase 1 deal.

Under the terms of the deal, China would purchase $US36.6b in agricultural commodities, a significant rise above the $US24.1b purchased in the pre-tariff year of 2017.

The Thomas Elder Markets (TEM) team has been discussing the phase 1 deal as a major challenge for Australian agriculture for the past year, and expects that China will have to preference goods from the US in order to protect its export markets.

Has China achieved its target?

The data from this analysis has been taken from the monthly data provided by the Chinese customs authority.

To determine the agricultural products, I have selected the import values for a range of products from January to October.

In recent months China has ramped up its purchases, with $US5.7b in the period August-October, versus $US3.5b for May-July.

On a consistent basis, China should have imported $US30.5b by the end of October to meet the pace required under the phase 1 agreement.

As of the most recent customs data (October), China has imported $US15.5b - this is 51 per cent of what it should be.

At present China will need to import $US21b during November and December.

While the export program has been ramping up, it will not achieve its target. 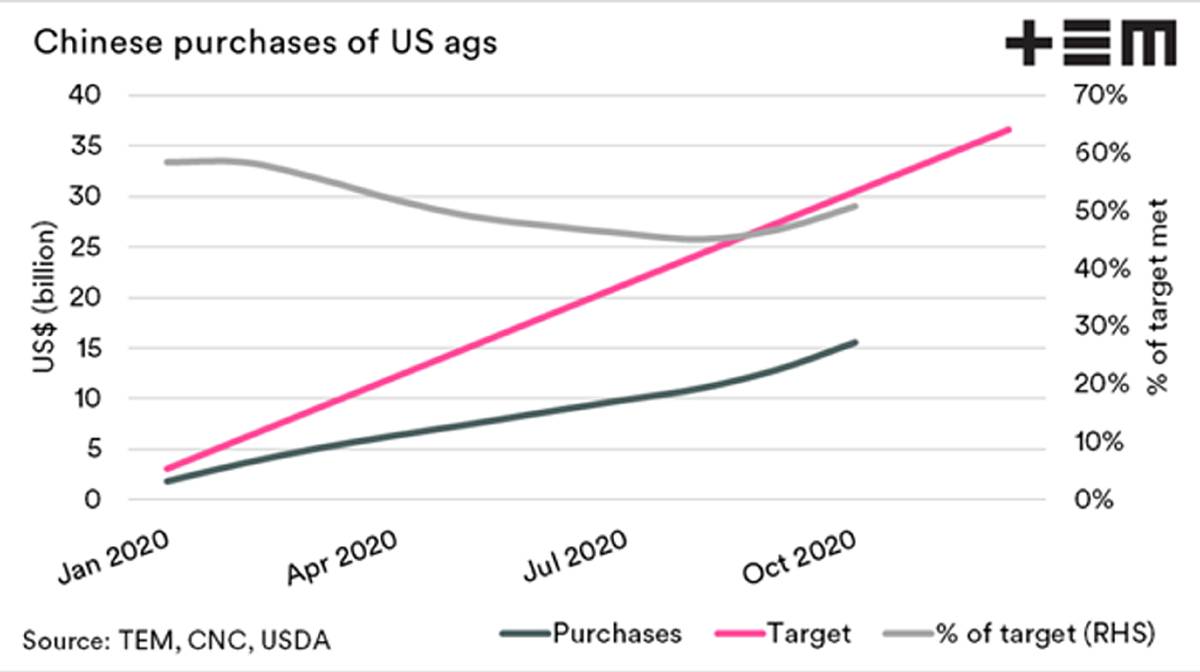 How does this affect Australian ag?

Earlier in this piece, I mentioned how tariffs against the US resulted in China purchasing soybeans from Brazil.

This is the reality of trade when barriers are put in place, the flow of commodities changes.

We already see this with the change in flows in the barley trade to China.

Our concerns were that this trade deal would discourage Australian purchases.

In January, we examined the products which we believed that, based on the numbers, were at risk of being replaced by US product.

Those following the news will know that wood, wine, beef, crustaceans and barley have all had major issues into China in recent months.

That leaves only almonds and milk as the majors from our list not impacted.

In 2019, Australia experienced a 13pc rise in agricultural trade with China, at a time that the US fell 23pc.

The big question will be whether the relationship between the US and China changes with the incoming president, Joe Biden.

There are expectations that Mr Biden will take a soft approach; however, I do not think sentiment towards China has improved in the US.

If the target remains for 2021, then China will continue to preference US goods.

If this eventuates, it wouldn't be surprising to see more trade pain for Australia.