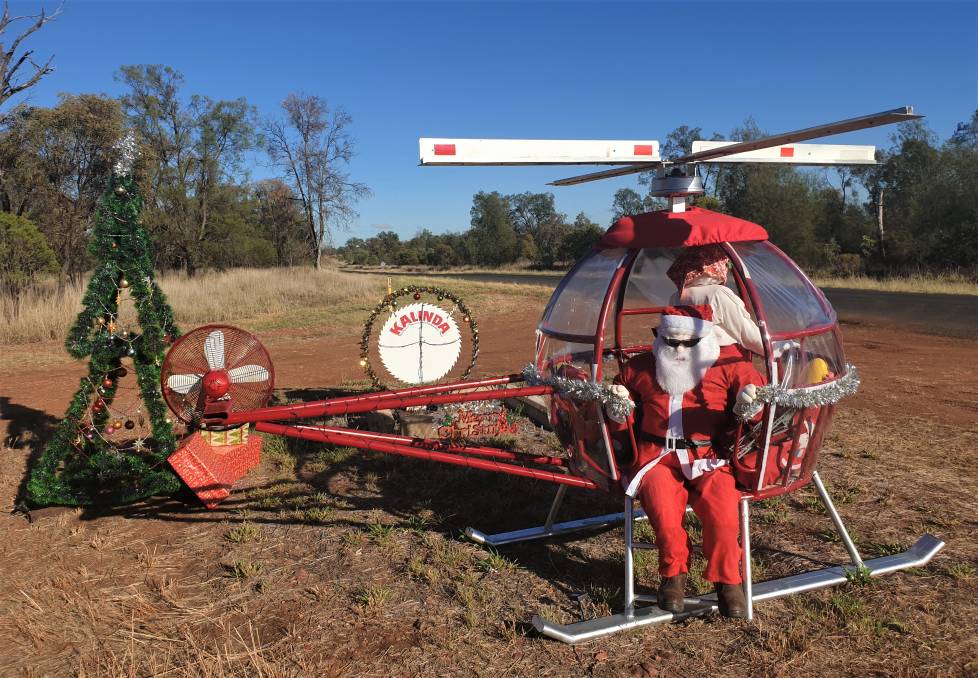 Forget the reindeers - a play-gym that grandchildren had grown out of has become a chariot for Santa and Mrs Claus in the Roma district.

Forget the reindeers - a play-gym that grandchildren had grown out of has become a chariot for Santa and Mrs Claus in the Roma district.

The fabulous Christmas construction appeared at the Grove family's Kalinga property turnoff in recent weeks, much to the excitement of road users and others who look forward to a new creation there each year.

Lyndell and Gordon Groves have been dreaming up their festive fun for about 10 years now, apart from last year when roadworks were underway.

"We couldn't put Santa out in the dust," Lyndell Groves said.

Related: Dear Santa, all I want for Christmas is rain

It turns out that last year's absence only heightened the anticipation for this year's offering.

"Everyone was asking, will we make something this year," Ms Groves said. "I think Gordon's feeling the pressure."

Previous concoctions have showcased Santa's various modes of transport, including a motorbike and sidecar, plus a small plane, but none have been quite so heavy to move into place as this year's. 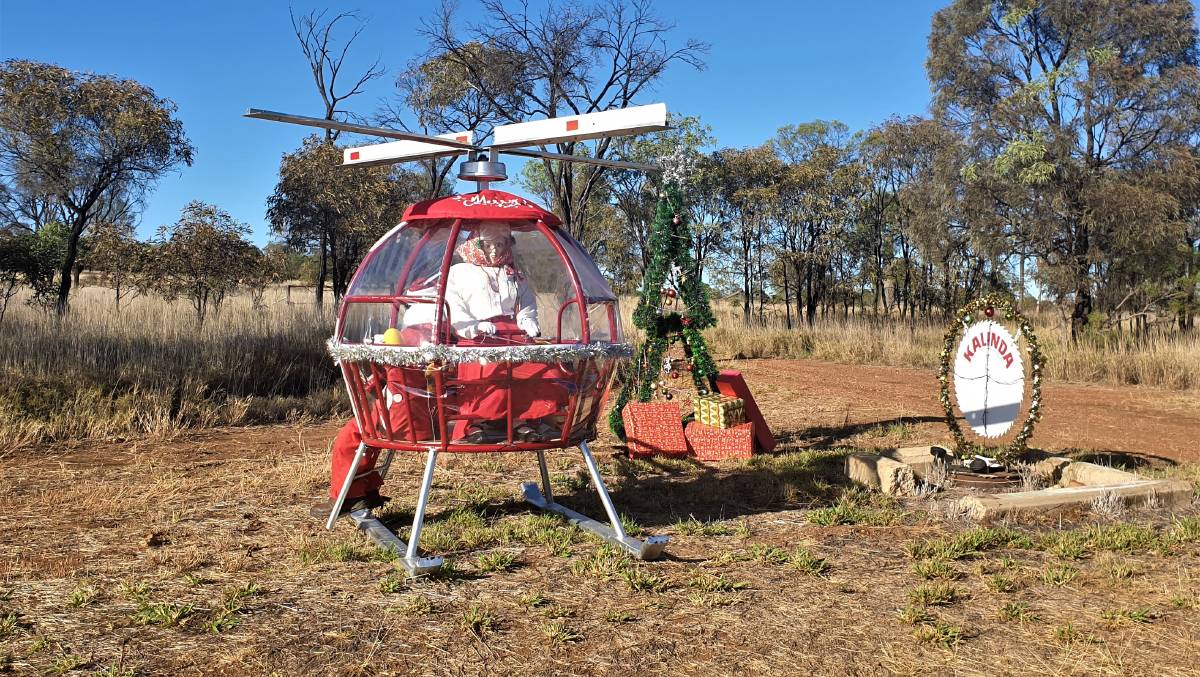 Another view of the mailbox at Kalinga.

Ms Groves said the older decorations were given a year-round presence in their front yard and may even get recycled in years to come.

It's the excited looks on the faces of the children on the school bus going past that they love coming up with ideas for, she said.

It makes the kids happy and isn't that what it's all about. - Lyndell Groves

To keep this year's Christmas creation always interesting, Ms Groves often changes the positions of who's flying the chopper.

Some days Santa's in control, other days he's handed over to his better half.

And when rain threatens, they have to rush down to the turnoff to rescue the pair so the stuffing doesn't get soggy. So far there's not been much danger of that happening.

While not on the Carnarvon Highway between Roma and St George that features the ever-popular Surat Tinsel Trail, it's certainly in the same spirit of spreading Christmas cheer.

The trail has grown to encompass transformed mailboxes and other roadside elements from a wide area, such as the Urquhart family's design of Santa and roos perched on their Moonie mailbox.

A naughty Santa who's imbibed too much is the theme for the Brumptons at St Kilda in the Roma district, and Yuleba has wrapped its bridge in tinsel.

All that's needed to better the festive spirit is the sound of rain on the roof.