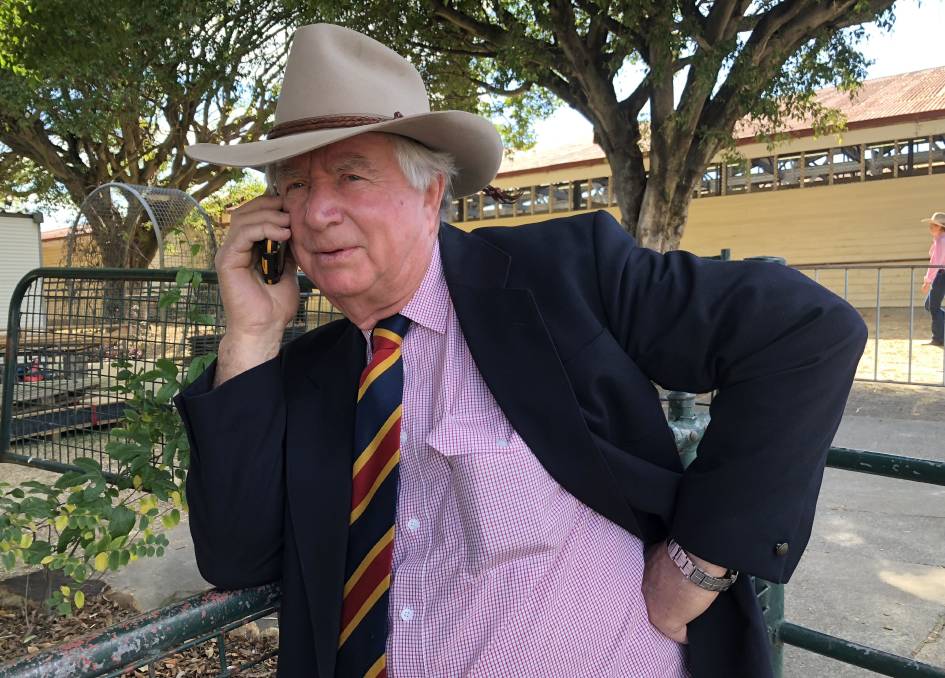 Not slowing down: Business always comes first for Henry Leonard, Leonard and Co, Goondiwindi, even while attending the 2019 Royal Queensland Show.

The Goondiwindi-based rural property agent has no plans to retire any time soon.

Goondiwindi-based rural property agent Henry Leonard will turn 75 in January, but he's still selling rural properties and has no plans to retire any time soon.

Mr Leonard has been involved in the agency business in the Goondiwindi, St George and Dalby districts since 1990, and together with wife Pauline, owns and operates the agency Leonard & Co Raine & Horne.

After leaving school, he spent some time on a working holiday, firstly working at Victoria River Downs in the Northern Territory and then in the Riverina district on Ulonga, north of Hay, NSW.

Before carving out an agency career, Mr Leonard spent 18 years in Papua New Guinea from the mid 1960s to 1981, working at Dumpu in the Ramu Valley before forming a partnership, Awilunga Pty Ltd, with Arthur Abrahams establishing a trucking company and feedmill.

As well, New Guinea Tablebirds with hatchery and abattoir was developed on Awilunga Plantation.

It was in the 1960s and early 70s that Mr Leonard got involved with Mactaggarts, exporting live cattle from Rockhampton to New Guinea on the livestock vessel The Ida Clawson.

"I really had many unforgettable times in this venture working with livestock agents such as with Dave Watkins from Australian Estates; Lindsay Stone from Dalgety; Trevor McGuire, John Montague, Garth Hughes, Mike Wheeler and Cedric Sallows from Mactaggarts; while Doug Mactaggart and Jim Heading provided me with plenty of invaluable advice," Mr Leonard said.

It was in 1981 he moved to the Boonah district when he began working as a commission agent and consultant for Primac, selling properties Queensland wide and dealing in livestock.

"Both Bob McWhinney and Arthur Walmsley were of great support," he said.

While with Primac Elders, Mr Leonard was placed third in the national awards and in the Top 10 for Elders, and has been Top National Office dollar value for Raine & Horne Rural many times, having auctioned many properties and held clearing sales.

Despite a heart attack and cancer treatment, Mr Leonard hasn't slowed down and hopes to be selling properties for quite a few more years.