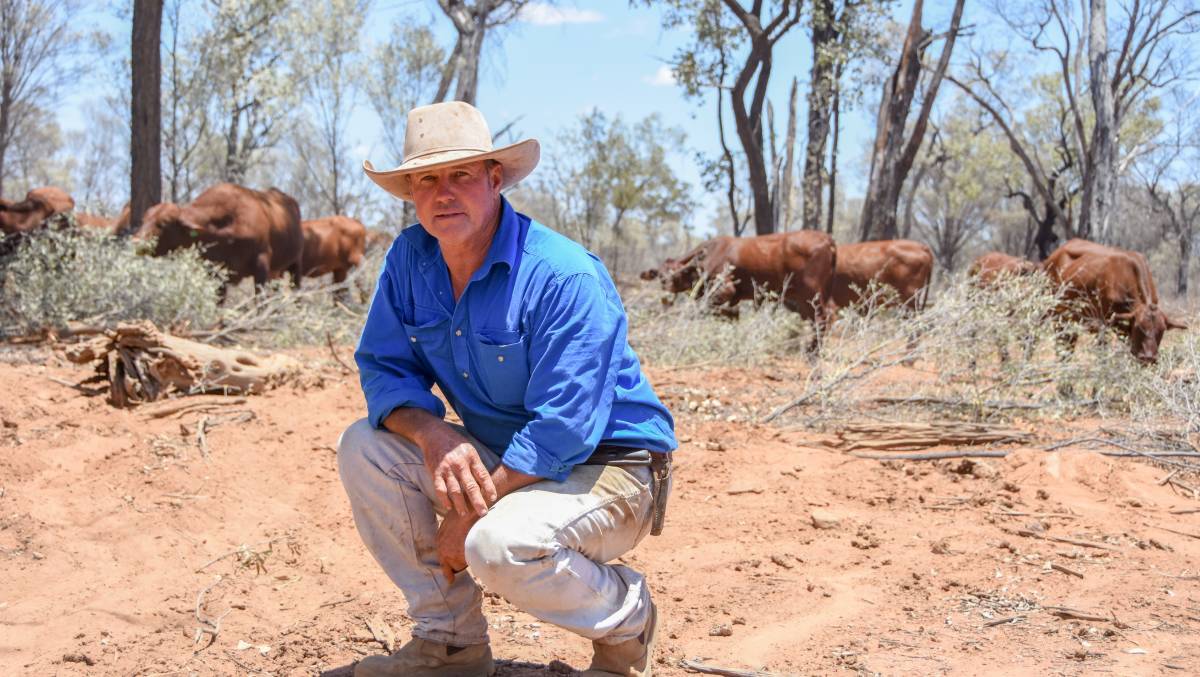 Mr Sargood became known as the 'Mulga Man' following his passionate campaign against changes to Queensland's vegetation management laws, and was tragically killed while mustering cattle on his property near Charleville in April 2019.

The award is given to the top student in USQ's environmental studies unit, with Mr Hollis saying he was honoured to receive the accolade.

A chartered accountant with more than 15 years commercial experience, Mr Hollis recently embarked on a career change to pursue his passion for teaching.

He has a strong interest in the environment and sustainability and has chosen to focus on this as one of his future teaching areas.

Mr Hollis completed his course in Environmental Studies, Sustainable Resource Use, Weather and Climate and Climate Change and Variability this year and will commence his Masters of Learning and Teaching (Secondary) in February.

"I am really looking forward to passing on the information on the importance of sustainability," he said.

After the presentation was made, Mr Sargood's wife Adma said her late husband would want to be remembered as someone who had an extensive knowledge bank and love of nature, animals, sustainable certified organic farming, and his community.

"Everything Scott worked towards was not only for his own self-improvement in his business but also for the future of the people and community around him, and of course the sustainability of the natural assets of his beloved environment - the mulga lands," Mrs Sargood said.

"His passion was to try to educate the general public about the vastly different needs of the 13 bio-regions of Queensland - especially the mulga lands region.

"He believed it was the only hope he had of getting the government to change the blanket vegetation management laws, which are without doubt the most damaging and detrimental piece of legislation for Queensland's many environments, as well as our $14 billion agriculture industry."

Mrs Sargood hopes the award will help encourage "the type of scientists and educators the world desperately needs right now".

She said her husband would be thrilled Mr Hollis was the inaugural winner as he has a strong interest in teaching the importance of a sustainable environment and the principles of intra- and inter-generational equity.

Mrs Sargood said some people might ask, "Why would Scotty want his name linked with a science degree when he has spent so much time fighting cherry picked scientific data and trying to get people to come and see his real world for themselves?"

"The fact is - that is not entirely true - Scott had a thirst for knowledge and loved to listen to anyone who knew more than him. He never had a problem with scientists. His problem was with lazy people, people who lie, people who ignore the realities of life and people who twist facts and good science to suit their political agendas," she said.