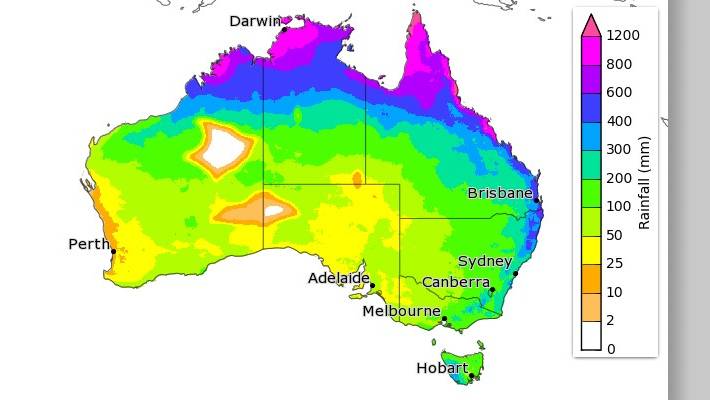 BOM's map showing a 75 per cent chance of above average rain for three month December to January period.

The Bureau of Meteorology is continuing to promise above average rain for summer.

THE Bureau of Meteorology has shifted its gaze to the December to February period (see map above), saying there is a 70 per cent chance of wetter than average conditions for nearly all of Australia.

According to BOM, December is also looking promising (see map below) with a 75pc chance of good rain across both the eastern half and northern Queensland.

More immediately, the fortnight from November 23 to December 6 is likely to be wetter than average in north west Queensland, the eastern Northern Territory and east of the Great Dividing Range in NSW, as well as for most of the western half of Australia.

BOM maintain its and international climate models show the current La Nina should persist until at least the end of February. 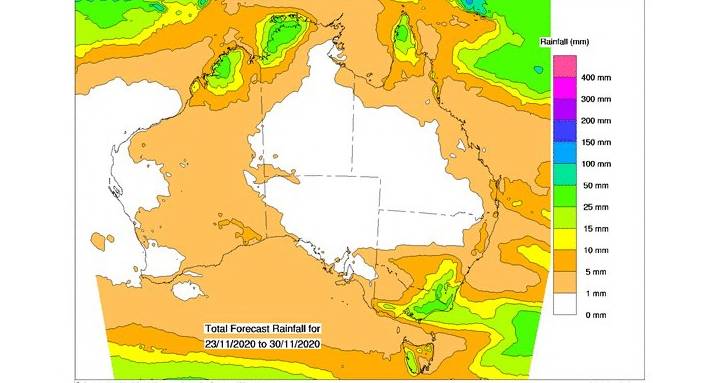 BOM's eight day forecast for the rest of November shows mostly no rain to 1mm falls.

However, the increased la Nina related activity is still to be seen. 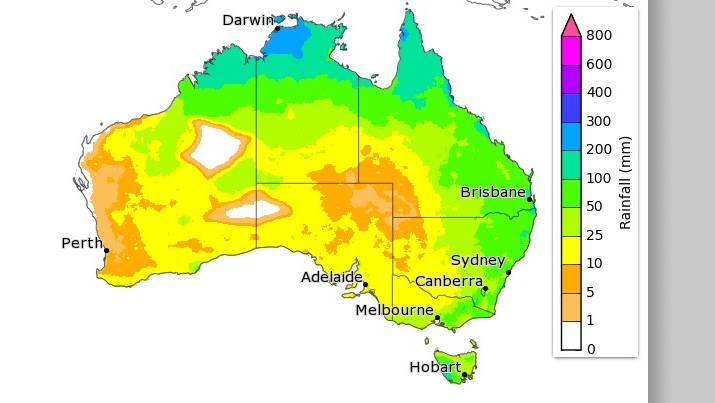 The Bureau of Meteorology's map showing a 75 per cent chance of above average rain for December.

BOM says there are currently no significant tropical lows in the Coral Sea, Northern and Gulf of Carpentaria or Western regions, and no cyclones are expected to develop over the next three days.

While the outlook also indicates wetter than average conditions for southern Australia, that area is entering its drier season, meaning any rainfall is not likely to have an impact on long-term rainfall deficits.