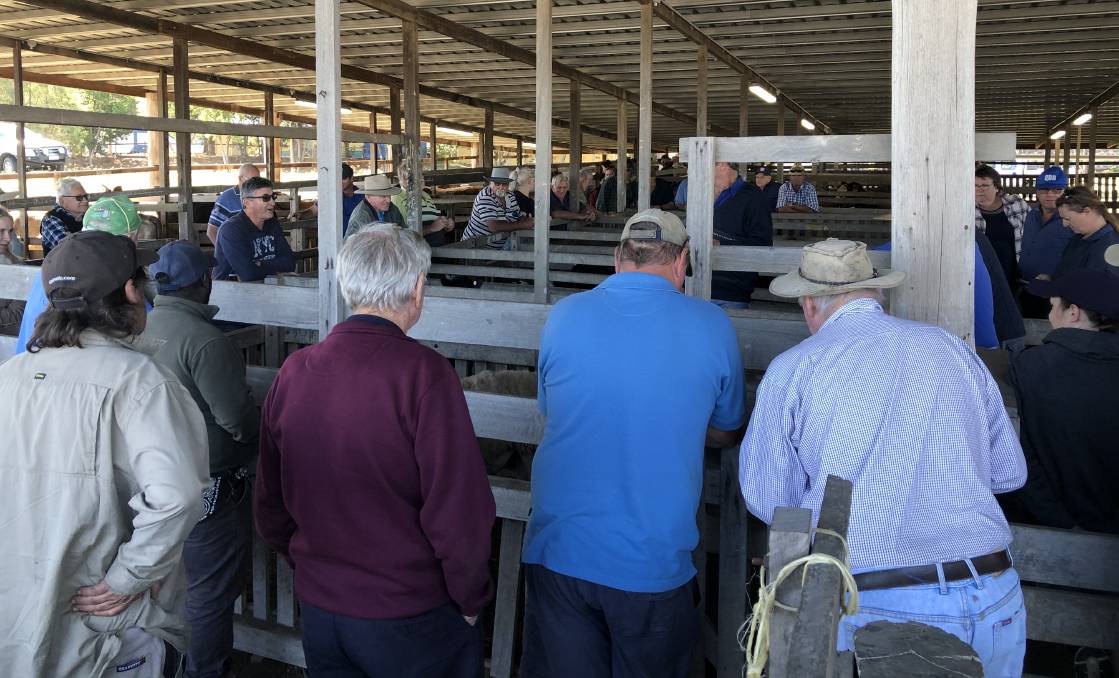 The Queensland Heritage Council will decide whether or not the Beaudesert pig and calf saleyards will be listed on the heritage register.

Recommendation for heritage listing is a win for those trying to stop council bulldozers.

BEAUDESERT'S historic calf and pig saleyards has been recommended for inclusion on the Queensland Heritage Register.

If listed, it would give legislative protection to the yards and stymie any move by the Scenic Rim Regional Council to develop them as part of a town revitilisation project.

A 22-page Queensland Heritage Department report recommending the listing is a win for locals who have been fighting to stop council from demolishing the yards.

The Queensland Heritage Council will now decide whether or not the facility will be listed.

The department received more than 35 community submissions, all of which supported the yard's historical significance.

A Scenic Rim Regional Council spokesman said council was aware of the Department of Environment and Heritage's recommendation to the Heritage Council.

"Council is respectful of the process that is being undertaken and will await the final outcome before any further comments are made," he said.

Darlington cattle farmer Sue Harrison, who started a petition to save the yards, said the news was encouraging.

"We still have a way to go but this is a positive step in the right direction," she said.

"There are a lot of passionate rural people around here who used the saleyard back in the day and still do today.

"I really want to thank all the people who signed the petitions or put in a submission. We had more than 1200 people sign the petitions."

The council, which manages the lease on the saleyards, said in its submission that the property did not meet state heritage criteria.

They said councillors had voted on the matter on September 21 and decided not to support the yards being included on the register.

Council did not consider the yards to have state-level heritage significance, arguing that the structure was not original, with the saleyard as it stood at best 70 years old after changes in the 1950s.

In its submission, council said the Beaudesert Town Centre Revitalisation project would aim to "represent and acknowledge all of the historical activities that have occurred in this area in a manner that is respectful and in character with the Beaudesert region".

The National Trust said it also did not believe the yards met the criteria for state significance and suggested the structure could be eligible for local heritage listing by council.

A spokesperson for the Main Roads Department, which sub-leases the property to council, said there was insufficient information in the application to make a decision on the matter.

Heritage register listings are not just about grand old homes but places that contribute to our understanding of the evolution of Queensland's cultural history and heritage. Included on the register are things as diverse as roads, gardens, caravan parks, factories, and car parks.

Ms Harrison said she remembered going to the Helen Street pig and calf sales as a child.

"I grew up on a dairy farm at Cryna and we used to go to the sales with our pigs," she said.

"We were a family of seven and sometimes we used to buy calves, what they used to call 'underweight and doubtfuls," she said.

"We would take them home and feed them up on our excess milk and take them back to the sales to make a bit of pocket money for the kids.

"It's great the sales are still going strong, not as big as they used to be, but at least they're still there.

"It would be nice if council said they would leave the saleyard there. They can still have their revitalisation and keep the saleyard."

Those who sent in submissions have until November 26 to submit applications to address the QHC in person or by video conference before a decision is made.