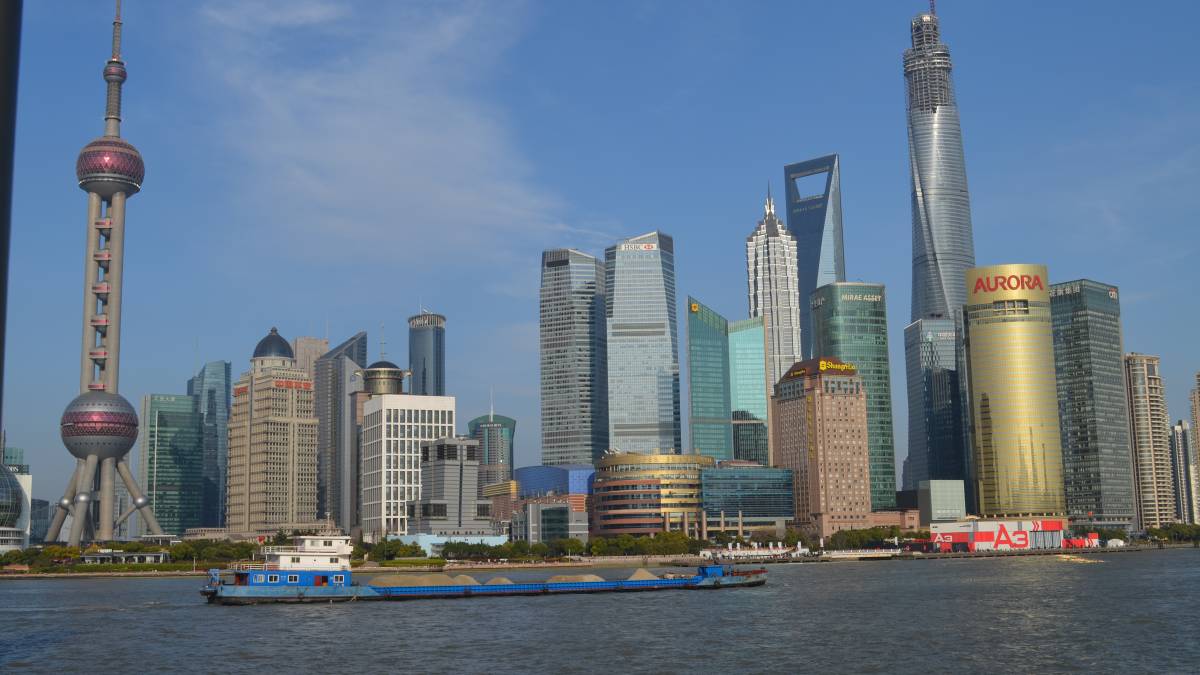 Opinion: The real crisis as our relationship with China disintegrates is that no effort is being made to resuscitate it., writes Canberra commentator, Nicholas Stuart.

He has only one objective, his opponent's try line, and everything is focused on the current play.

He batters relentlessly forward, swerving now, then battering his way forward, pushing ahead until what's at stake, the bigger issues and the complexities of the problems government faces, dissolve into binaries: yes or no, win or lose.

There's no finesse and the details, particularly inconvenient ones, of whatever's being discussed rapidly become irrelevant.

Previous moves are forgotten and, while we concentrate on the footwork and the opposition's still calling for the foul that was unquestionably committed in the last scrum, Scott Morrison's kicked the ball out and is off and running in a new direction.

Sometimes (particularly when his opponents are lacklustre) it's difficult not to just watch and admire the play.

The political game looks like a whitewash, so it's easy to forget what's happening actually has serious and huge ramifications in real life.

In his short time as leader, Scott Morrison has had to face four huge challenges.

The first was re-election. You can mount a strong case that he didn't so much win as much as Bill Shorten lost.

The second was the fires.

Mobilising the forces and the size of the tragedy helped grind this down, eventually, to a tactical draw, but his continuing failure to admit the direct link to climate change makes this a strategic loss.

The third was coronavirus.

Here Mr Morrison was saved by his instinctive authoritarian approach, by telling people how to act and what they should do.

Ignore the details and the huge dollop of luck, and chalk this up as an unambiguous win.

His final challenge, however, dealing with China, is inexorably and rapidly emerging as the most critical and disastrous foreign policy debacle Australia has faced since World War II.

It's not as if a hot war is about to break out - although the heightened rhetoric and continuing push to further escalate disputes, on both sides, are nothing to be sanguine about.

But a brilliant analysis by former journalist David Uren has just skewered anyone who thinks the current trade dispute with China isn't about to see our standard of living plunge dramatically.

Now a non-resident fellow with the United States Studies Centre, Uren's been exploring our economic and strategic relationship with China intensely for decades.

To those like Mr Morrison who urge our manufactures to go elsewhere to sell their goods Uren makes one single, critical point. The dependence is all one-way.

There is, he insists, absolutely "no realistic alternative market to China for a third of [our] exports and no viable source but China for almost a fifth of imports".

As a market, however, we are almost completely irrelevant to Beijing and represent less than 2 per cent of worldwide sales.

This asymmetry is complete in virtually everything other than a handful of commodities, of which iron ore and LNG exports are dominant - and this is why Scott Morrison's gut-led approach to the relationship with our most important trading partner isn't acceptable.

He plays our most vital international relationship as if he's an equal player on the sports field, needling and taunting an opponent for tactical advantage, seeking to provoke them into a foul move and then thinking everything can just be dismissed to start again next match.

Diplomacy isn't like that. It's not possible to pretend there's no lingering ill will from picking needless fights.

Take the PM's ill-judged call for an investigation into the origin of COVID-19.

Mr Morrison's model wasn't designed as a building block to resolve public health issues in the future; it was aimed at currying favour in Washington by offering Trump's administration cover.

It pointed the finger at China by suggesting Beijing couldn't be trusted to come clean and implying the virus might have even escaped from a biological weapons lab.

The bad faith buried within such a proposal is self-evident.

It wasn't a genuine attempt to find out what had happened.

It never had any chance of success because it would have permitted inspectors to charge all over China, investigating whatever they wanted.

It was, rather, an attempt to shift blame away from countries - like the US - that had failed to take appropriate precautions and prepare for the biggest public health challenge in a century.

No self-respecting diplomat would ever permit such an incendiary charge, deliberately designed to cause offence, to ever go forward.

Our emasculated Foreign Affairs department happily rolled over, thrilled to have its tummy tickled by a bit of attention.

The National Party is being outplayed by Mr Morrison in exactly the same way.

He's pursuing a deliberate strategy of weakening his coalition partner because he knows the two parties' fundamental objectives are set at cross-purposes.

They represent a shrinking constituency that he doesn't respect, and that's why he doesn't care about their trade concerns.

Instead the PM has created a succession of minor distractions while posing as the good guy, until the schoolyard shout of "fight-fight-fight" overwhelms the Nationals' ability to concentrate on the interests of their constituents.

The party is drifting even further into irrelevance, while the very group that will suffer most from the trade war with China is farmers, growers and primary producers.

These are the very electors the Nationals supposedly represent, when the truth is its current leadership team only has time for itself.

The real crisis as our relationship with China disintegrates is that no effort is being made to resuscitate it.

Hapless Trade Minister Simon Birmingham looks plaintively into the camera like a puppy as he pleads with his Beijing counterpart to pick up the phone.

Guess what? They won't.

They don't care about an insignificant trade partner.

The only way to resuscitate this vital link is to stop playing games and begin a proper engagement.

The story China doesn't need our trade and farmers will suffer most first appeared on Farm Online.