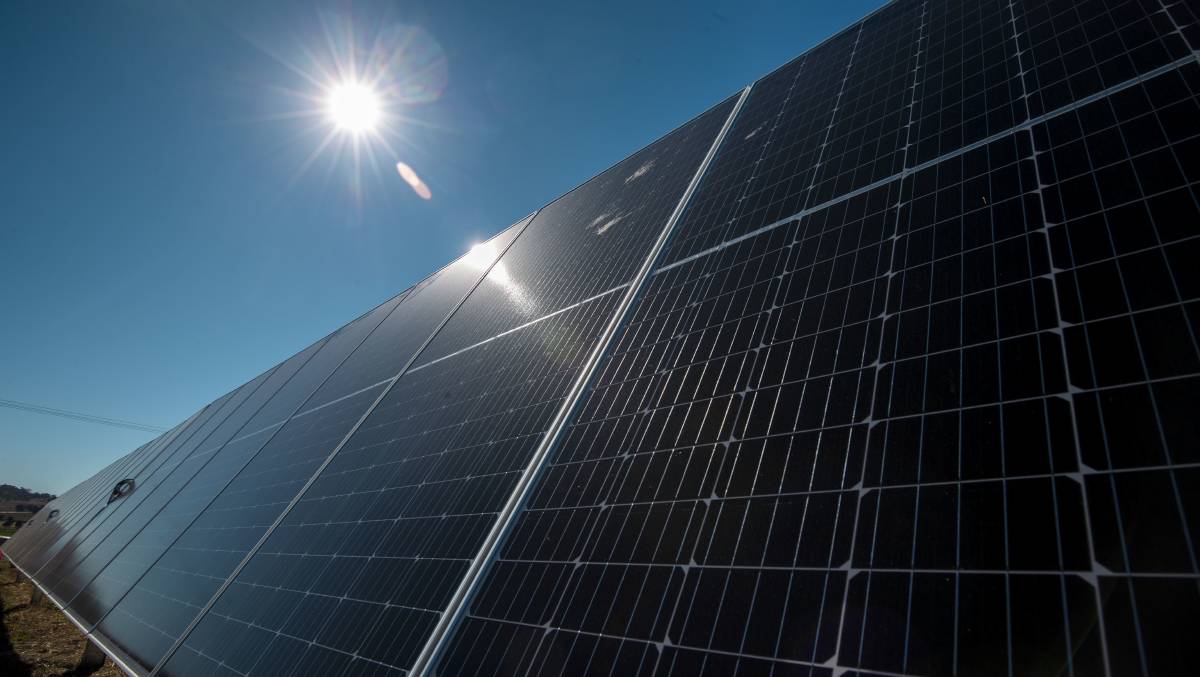 Picture supplied by University of Queensland.

Proponents of what will be one of Australia's largest solar farms, near Chinchilla, are ramping up for the construction phase.

Proponents of what will be one of Australia's largest solar farms, near Chinchilla, are ramping up for the construction phase.

Attendees at a Toowoomba and Surat Basin Enterprise breakfast in Chinchilla last week heard the Western Downs Green Power Hub construction manager Wayne Rentoul explain the size of the project and the big numbers of people and equipment that will involve.

For example, 1620ha of land will be cleared at the site of the hub, located 22km south east of Chinchilla, for the installation of two million modules.

"It will produce enough power for 235,000 homes, and the power it will produce is equivalent to planting 8.8m trees," he said. "There is just on 1000km of cabling to install, and we will have around 190 tonnes of transformers coming in to the Port of Brisbane around May next year."

That will add up to 460MW of panels, making it Australia's largest operating solar farm, and the site will also hold up to 150MW of battery energy storage potential.

It will be built in close proximity to a transmission line and less than 6km from Queensland Powerlink's Western Downs sub-station, giving it a strong connection to the grid, according to Mr Rentoul.

One of the farm's features is that it will make use of reflective energy too, or the light coming up from the ground, which will reduce the area used.

Mr Rentoul said his company, Sterling & Wilson had a team of 50 people working on the project but they were still in need of surveyors and more engineers.

There will be between 100 and 150 electricians on site, which Mr Rentoul stressed would all be qualified tradespeople.

"The modules are expensive - we're not going to trust something that's worth millions of dollars to an unskilled person," he said, addressing media speculation that large solar projects in general used unskilled backpacker labour to hook everything up.

Speaking at the breakfast, Western Downs Mayor Paul McVeigh said that one of the things his region offered was a skilled workforce, thanks to a concentration on energy projects in the last few years.

"From the council's point of view, we have a big focus on liveability," he said. "We want to make your time in our region as good as it can be."

The Green Energy Hub is one of 23 solar farm approvals granted by the Western Downs Regional Council in the last four years.

The latest was an application by Elecseed Pty Ltd for a solar farm on a vacant 200ha site at Kumbarilla, with around 144 jobs expected to be created during construction, approved in October.

It was a path the council chose after negotiating what Cr McVeigh described as "the mayhem of CSG construction", deciding to work closely with the energy sector to embed it as a long-term part of the region.

It meant the Western Downs could claim the title of Australia's energy capital, he said.

"We have the right climate, landscape, connectivity, infrastructure and skilled workforce to support renewable energy projects," he said.

"These projects not only show strength in our economy in the short to mid-term, it also shows promising signs of long-term economic certainty, which is great news for the Western Downs."

He added that it meant there were ongoing opportunities for people seeking the assurance of long-term employment.

"We have five projects in construction at present," he said.

Toowoomba and Surat Basin Enterprise CEO Ali Davenport said the Western Downs Regional Council's approval process showed how serious they were about cementing the region as an energy production powerhouse and providing opportunities for locals.