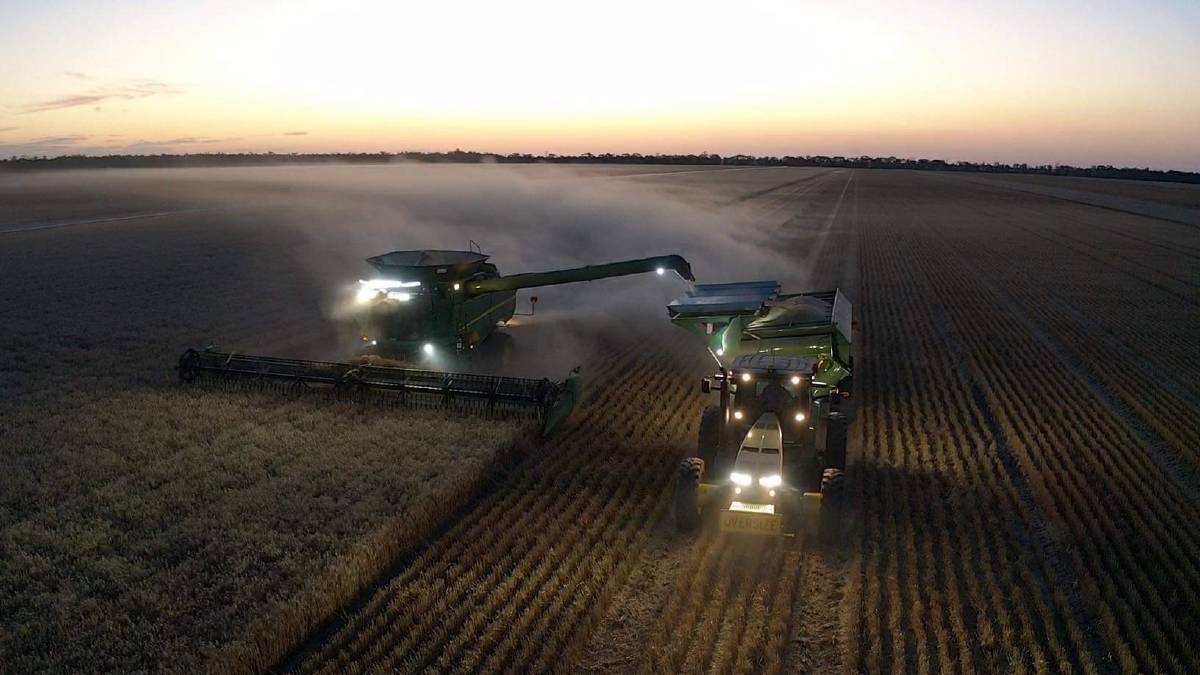 In the bin: Harvesters racing to get the Reliant wheat crop off at Dalby. Picture: Noel Rockliff

The best winter harvest in his 40 years of farming at Dalby is what Noel Rockliff and his sons have been experiencing in the past fortnight.

The best winter harvest in his 40 years of farming at Dalby is what Noel Rockliff and his sons have been experiencing in the past fortnight.

Their 1200ha of wheat will average over six tonnes to the hectare while 350ha of irrigated chickpeas has yielded an average 3.3t/ha.

After not being able to plant a winter crop for three years, it's especially good news for the family situated south west of Dalby.

The long fallow period plus good rain during the growing period are what Mr Rockcliff attributes the outstanding result to.

After dry-planting every week for a month from mid-May to mid-June they recorded 40mm of rain in June, 60mm in July and then 60mm in August.

We've been a bit blessed this year - Noel Rockliff, Dalby

"We filled three storages in February with overland flow, an 1800 megalitre ring tank and two dams."

The family still owns the southern hemisphere's biggest lateral move irrigator, which waters 200ha in 48 hours at 0.25ML/ha, and they used it to top up both their Reliant wheat and the chickpeas in September.

"It's win-win-win for us in terms of water savings," Mr Rockliff said.

"Our Borlaug wheat averaged better in terms of yield but being flood irrigated, it used more water.

"I'd like to put in another; but we keep buying headers." 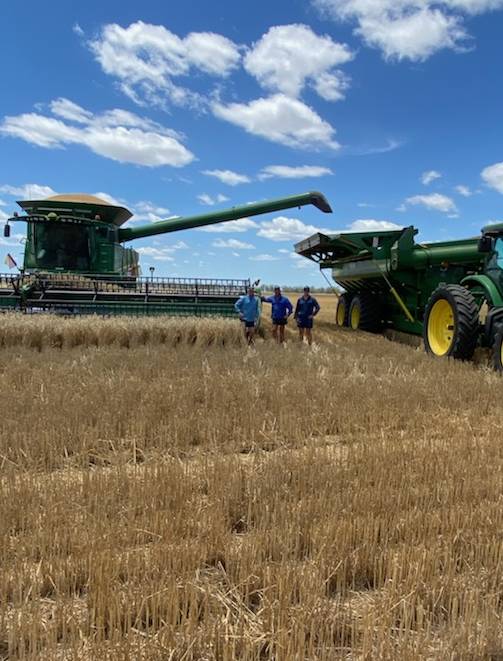 Noel Rockliff and his sons Sam and Jack have doubled the area they farm in a year, partly to fully utilise the machinery they own.

Having doubled the size of the area they farm since June last year thanks to a lease arrangement with Arrow Energy, the Rockliff's resources were stretched through October when they were also planting sorghum.

That came about when they got up to 90mm of rain when they'd harvested 10 per cent of the crop, necessitating a 10-day layoff.

They used that time to plant a total of 800ha to sorghum, starting at 3am before jumping back on the harvester in daylight once it was dry enough.

While the rain slightly stained their wheat, it wasn't downgraded. 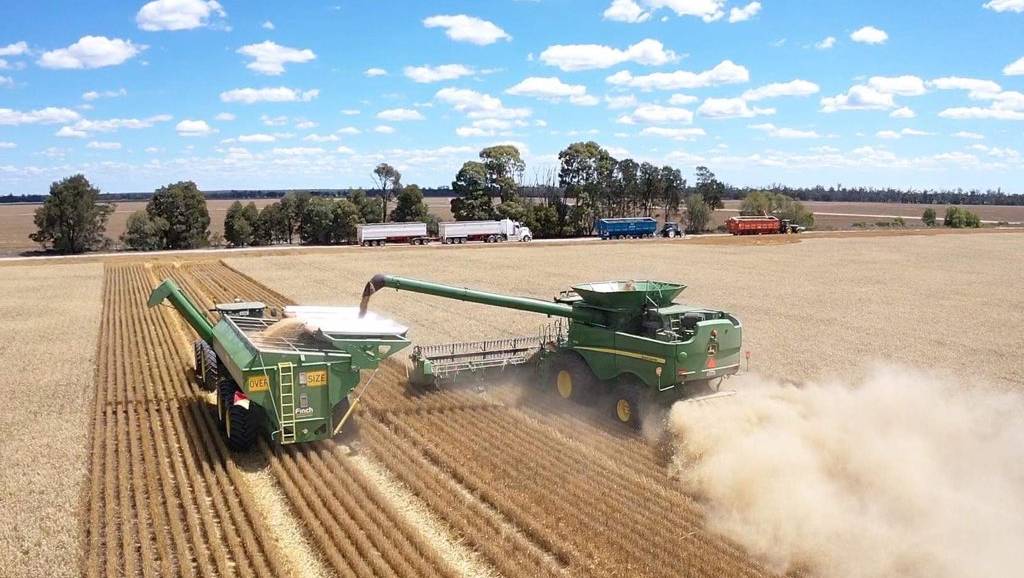 The Rockliff family at Dalby are celebrating after harvesting their best winter crop in 40 years.

Mr Rockliff said the last time they'd had such a promising chickpea crop was in 2017, when it was smashed by hail the night before they were due to start harvesting.

Of the three varieties planted - HatTrick, Seamer and Kyabra - it was Seamer that gave them the best result.

The family forward sold one-third of its production in August, believing there could be some downside to the price in light of the big crop planted around Australia.

"The price at the moment is equivalent to the price we locked in at, but we've not lost anything," Mr Rockliff said.

They used a John Deere S690 running a 12m front for the harvest, and all gear was following a 3m controlled traffic line, which Mr Rockliff said "made a hell of a difference" to their soil.