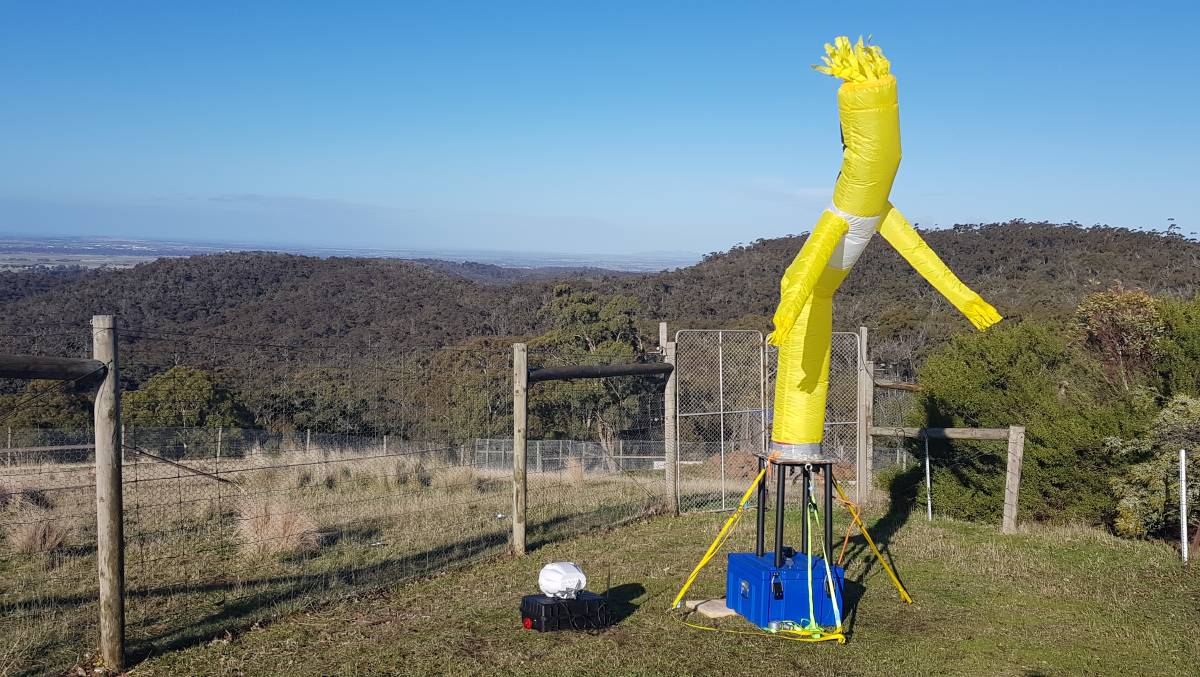 'Fred-A-Scare' getting ready for an unpredictable lurch in a paddock as part of the research project.

No, that's not a used car yard in the paddock you're about to drive through - that's the latest wild dog deterrent.

No, that's not a used car yard in the paddock you're about to drive through - that's the latest wild dog deterrent.

The wacky air dancers that attract attention to businesses on city streets are being studied as a possible non-lethal way of keeping wild dogs away from food sources.

And if the reaction from western Queensland graziers is anything to go by, they could be coming to a paddock near you soon.

The use of the oversized inflatable effigies is being studied by CQUniversity senior lecturer in psychology Dr Bradley Smith, who specialises in dingoes and human-wildlife conflict.

Dubbed 'Fred-a-scare', trials have showed that they could deter captive dingoes from accessing food.

According to research published in Pacific Conservation Biology, the use of the device was associated with a significant reduction in dingoes approaching, compared to the sound of a series of gunshot noises.

With the acoustic deterrent, 11 of 12 dogs accessed food, the same as the control group, but with the wavy man flailing, nine of 36 (25 per cent) persisted to the food source.

By the third trial, repeated daily, 5 of 12 dingoes (42pc) were accessing food under the effigy's nose.

"Used in conjunction with other devices and methods, and at intervals that reduce the risk of habituation, the inflatable effigy could provide a valuable tool for deterring dingoes, and perhaps other species, from particular areas, even where food (or potential prey) is present," the paper said.

Dr Smith said it worked because dingoes were generally fearful of people and novelty.

"This device was particularly exciting because it was really effective," he said.

"Not only did the dingoes find it aversive, they couldn't get far enough away from it.

"It was also resistant to habituation, which is a significant barrier to overcome when developing non-lethal approaches.

"We plan to make it even 'scarier' by incorporating lights, sounds and smells." 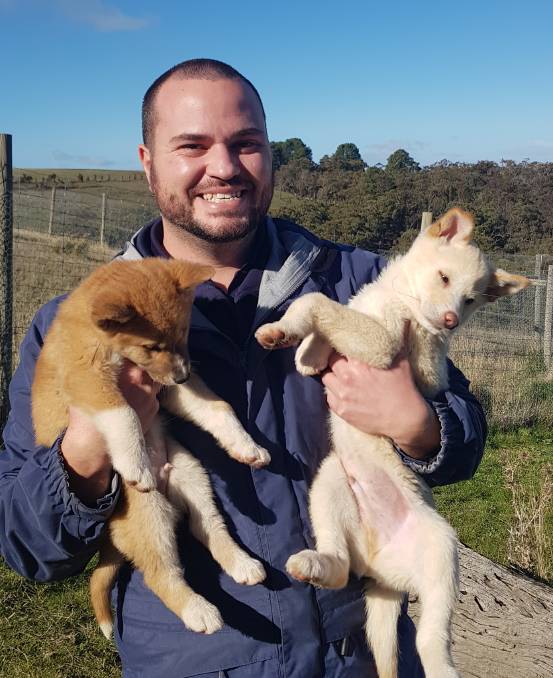 "It will hopefully give us some added tools in our dingo management tool kit to help enable dingoes and humans to live side-by-side," he said, adding that it wasn't a silver bullet used on its own.

As well as livestock producers, campgrounds and mining operations where wild dogs can become a nuisance were seen as potential users.

The device now needs to be tested in the field with free-ranging wild dogs, and two western Queensland graziers with major roads slicing openings in their exclusion fences have said they'd be willing to be the guinea pigs.

Blackall's Rick Keogh described grids and roads as the weak spot in fences and said that because his property was bisected by main roads, not private ones, they couldn't put down electrified tape.

"We use sirens but dogs get used to them, they're a feel-good thing," he said. "I'd give this idea a go."

Fellow stud Merino breeder Will Roberts, based at Morven, who uses sirens and lights on his exclusion fence, said he'd happily host air dancers after unsuccessfully trialling a number of wild dog deterrents.

"We've thought about all sorts of things and done trials with flags but they fall to bits," he said.

"We've even tried CD discs on fishing line but the line breaks.

"You need something that's going to last, that will withstand the sun and wind."

He said he wasn't surprised that the fly guys showed promise, saying master wild dog trapper Don Salway hung plastic shopping bags on sticks at openings he wanted to steer dogs away from.

"I'll try anything," he said. "The question is, how do you power it and how long will it last."

Dr Smith, who operates from the CQUniversity's Adelaide campus, was unavailable for comment at the time of publication.