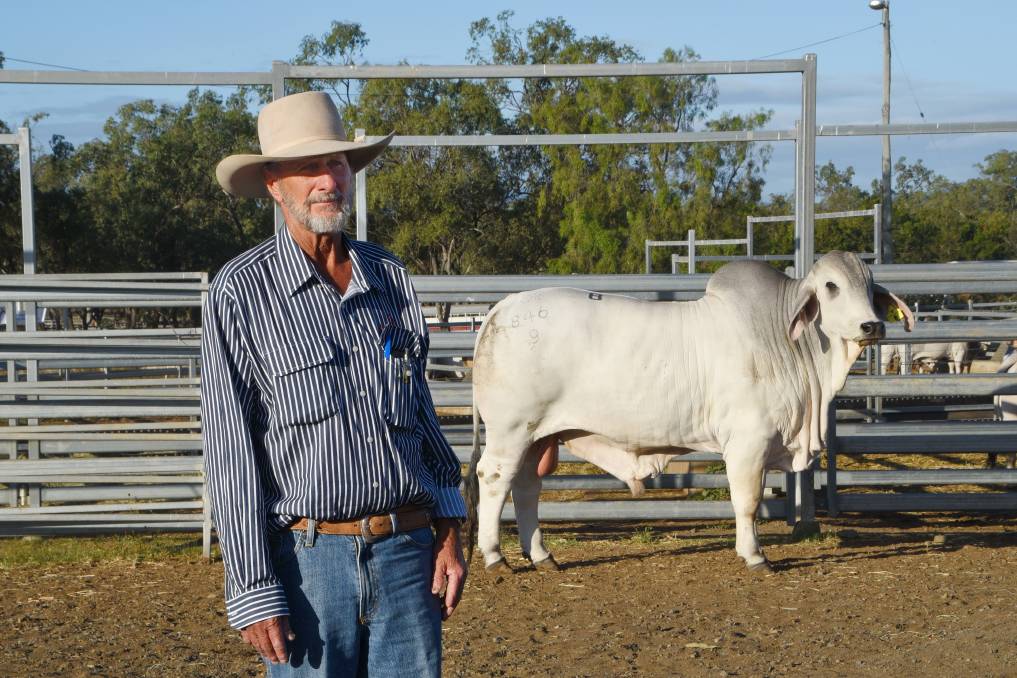 RIDING HIGH: For Paul Herrod, Ponderosa Brahmans, Katherine, Northern Territory, 2020 has been a year unlike any other. Picture: Coulton's Country Photography

Early rain in the Northern Territory has buoyed the spirits of producers, who are hopeful of finally seeing an end to the driest period in decades.

EARLY rain in the Northern Territory has buoyed the spirits of producers, who are hopeful of finally seeing an end to the driest period in decades.

Their bulls are prepared for sale and cattle are finished at a second 10,117ha block Ballongilly, just out of Katherine.

Mr Herrod said last year was the driest he had encountered since he moved to the Territory in 1987.

But the first rains of the season set in early this month before Mr Herrod travelled to the Rockhampton Brahman Week Sale, where he purchased eight sires.

"We were a bit lucky; down the bottom we got a bit over 40mm, which put a good bit of green on the grass and a foot or two in the swamp," he said.

"It is shaping up better this time, there was some big rain in Darwin, they've had somewhere close to 10 inches there now so far this wet.

"It's gotta start up there first, it'll be six weeks or so before it reaches this country, but it's definitely a better start."

With his large, unforgiving property, Mr Herrod has specific requirements when purchasing bulls.

"Breeding bulls we know what we want, and early maturing cattle up in this country is a must if they're going on a boat in 18-20 months time."

His commercial cattle are predominantly bred for live export, and he sells his stud bulls at a private sale, but this year was unlike any other.

"This year we sent 400 cows back to Warrnambool in Victoria to get killed there, it was the best money available to send them down there."

Coronavirus restrictions forced the cancellation of his annual bull sale in May.

"For the first time in 20 years we had to pull up, but we're very lucky to have repeat buyers... one person came and bought 80 of the 82 bulls we were going to offer, so they were loyal, and really looked after us."

The story Change of fortunes in the Top End first appeared on North Queensland Register.