The Hughes family of Malarga Grazing, Brooweena, say the opportunity to purchase from a huge selection of sires at Brahman Week was one they couldn't pass up. 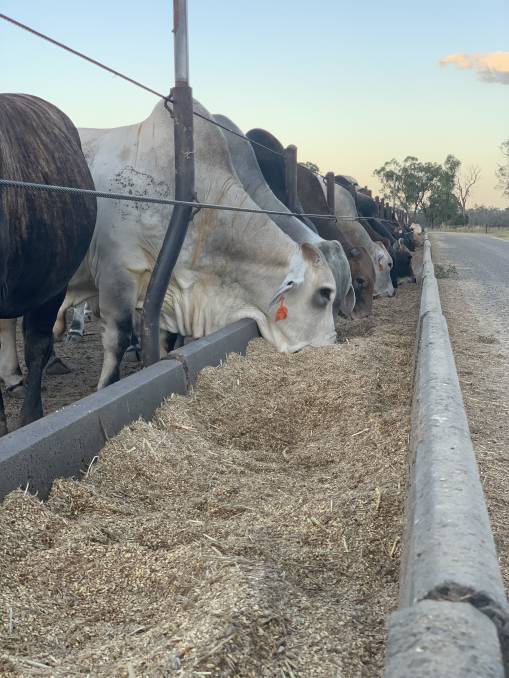 The Hughes family run a breeding and fattening operation in the Brooweena and Gayndah districts, taking the progeny through to bullocks and sending them to Teys at Beenleigh.

It may be the largest bull sale in the Southern Hemisphere, but the Rockhampton Brahman Week Sale remains the go-to place for family operations on the hunt for their next sire.

Showcasing the best bulls from 175 studs, the Hughes family of Malarga Grazing, Brooweena, say the opportunity to purchase from such a huge selection of sires is one they can't pass up.

They have been going to Brahman Week since the late 1970s and in the past few years, three generations of their family have attended together.

Once again this year, the third and fourth generation of their family business was in attendance.

Cam Hughes said the large number of bulls on offer is what keeps them going back year after year. "Even though the sale averaged over $12,000 this year, there's still good value buying bulls there," Mr Hughes said.

"Whether you want reds or greys, there's always a large number of bulls on offer and plenty to choose from no matter the style of bull you're chasing."

Spread across almost 22,000 hectares in the Brooweena and Gayndah districts, Malarga Grazing is a breeding and fattening operation.

Running a predominantly Brahman-based herd with some Charolais and other Euro bulls thrown in for a bit of crossbreeding, the Hughes family selected five new Brahman sires this year for an average of $12,800. This year, Malarga Grazing will mate about 2800 females.

"We're looking for a bull that will breed bullocks, we want that bit of length, depth and muscling - a good fleshy, functional bull."

They predominantly target the export market, taking their progeny through to bullocks and sending them to Teys at Beenleigh.

"With conception rate, we'd be hoping for about 85 to 90 per cent but achieving that has been a bit tough the past few years with the seasons."

Mr Hughes said their country is dry like most places, but they've had an average season this year. "Rain in October would be a fantastic start. With the rain forecast, we like everyone, are hoping for a good wet season," he said.

At this point in time, Ben and Tom are becoming more involved in the decision making and the future direction of the business.