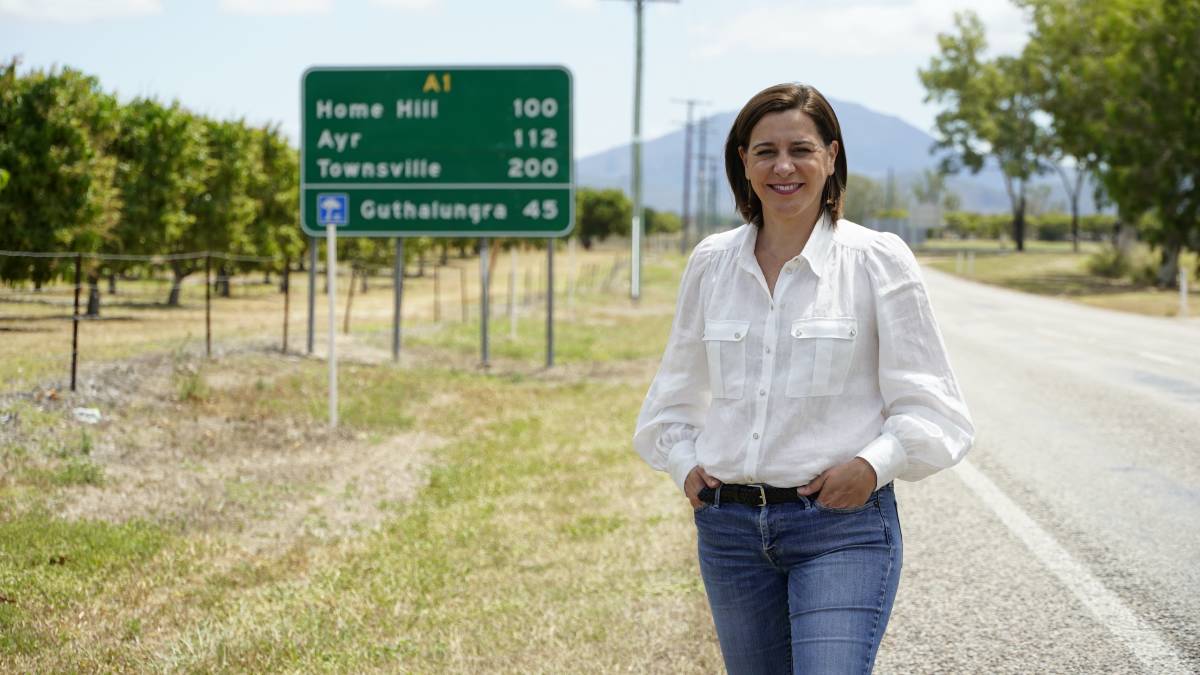 LNP Leader Deb Frecklington has announced an ambitious plan to four lane the Bruce Highway from Curra to Cairns.

The entire Bruce Highway would become four lanes under an ambitious plan launched by the LNP in the lead up to the state election.

THE entire Bruce Highway would become four lanes under an ambitious plan launched by the LNP in the lead up to the state election.

If the LNP wins government, it would be the largest infrastructure project ever undertaken in regional Queensland, costing $33 billion over the next 15 years.

The entire highway, from Curra, just north of Gympie to Cairns, would be two lanes in each direction and the speed limit would be increased to 110km/h.

Currently, the Bruce Highway is a two lane road for 1470km of its total 1650km length.

"The Bruce Highway is Queensland's most important economic lifeline but long stretches of the road are slow, dangerous and prone to flooding," Ms Frecklington said.

"The LNP will build a faster, safer and more resilient Bruce Highway.

"Our plan for the Bruce is bold and ambitious, but I believe Queensland must start building for the future."

"Major economic arterials like the Bruce Highway connect farmers on the Tablelands with customers in Brisbane and beyond.

"The Bruce Highway is Queensland's bitumen spine that transports fresh food and produce to market and then onto our kitchen tables, whether it's bananas from Tully, mangoes from Bowen or vegies from Bundy.

"Agriculture, like other industries, relies on world class infrastructure to be sustainable and grow."

Ms Frecklington said Queensland companies would be given preference for contracts, with tenders scaled to allow local small and medium-sized businesses to bid.

"Four-laning the Bruce Highway will create the jobs we need right now, but it will also benefit Queensland for generations to come."

She said an LNP government would immediately invest $50m in planning for a four-lane Bruce from Curra to Cairns.

In addition, the LNP would increase the annual Bruce Highway budget from $200m to $440m.

Ms Frecklington said she would work with the federal government to secure an 80:20 federal-state funding arrangement to meet the $33bn cost of the project.

She said a dedicated panel of local construction contractors will be assembled to ensure regional companies are prioritised when contracts are awarded.

More than 30 fatalities are recorded on the highway each year, with road safety data showing there were 126 deaths on the highway between 2014 and 2018.

The story Sprucing up the Bruce first appeared on North Queensland Register.