EMOTIONS ran high prior to the start of Glen Waldron and Kim Groner's Elite Cattle Company bull sale, Murwollock, Meandarra on Thursday after withdrawing one of the lead bulls just before commencing their third annual fixture.

Within minutes of the start and when the first three Palgrove Admiral (P) (R/F) Charolais ET full brothers averaged $14,000, the mood changed from disappointment to elation as the sale gained momentum and held strong to the finish.

Both Glen and Kim were very emotional after hearing their sale had averaged $10,500 and overwhelmed by the support shown for their cattle and breeding direction.

Mr Waldron said after a result like that - over $10,000 average - makes it all worthwhile and we appreciate the support from family, friends, GDL and buyers and we are now looking forward to next year's sale.

Guest auctioneer Josh Heck, SBB Ruralco, Rockhampton sold 15 Charolais bulls for an $8800 average and 15 Simmental and Sim-Angus bulls for a $12,200 average with a total clearance of the catalogue.

The Coggan family also paid $11,000 for the Black Simmental bull, Elite Precaution (P), a well-balanced son of BGS/BM Captain Scream 63D (P) with the highest growth figures of the Simmental draft and plenty of softness.

Mr Coggan said he will put all three bulls in the same paddock with quality Angus cows and their calves destined for their Enarra feedlot on 60 to 100 days feed depending on the domestic or export market.

According to Mr Atkinson he (Prosecutor) displayed plenty of muscle with heaps of width and length. 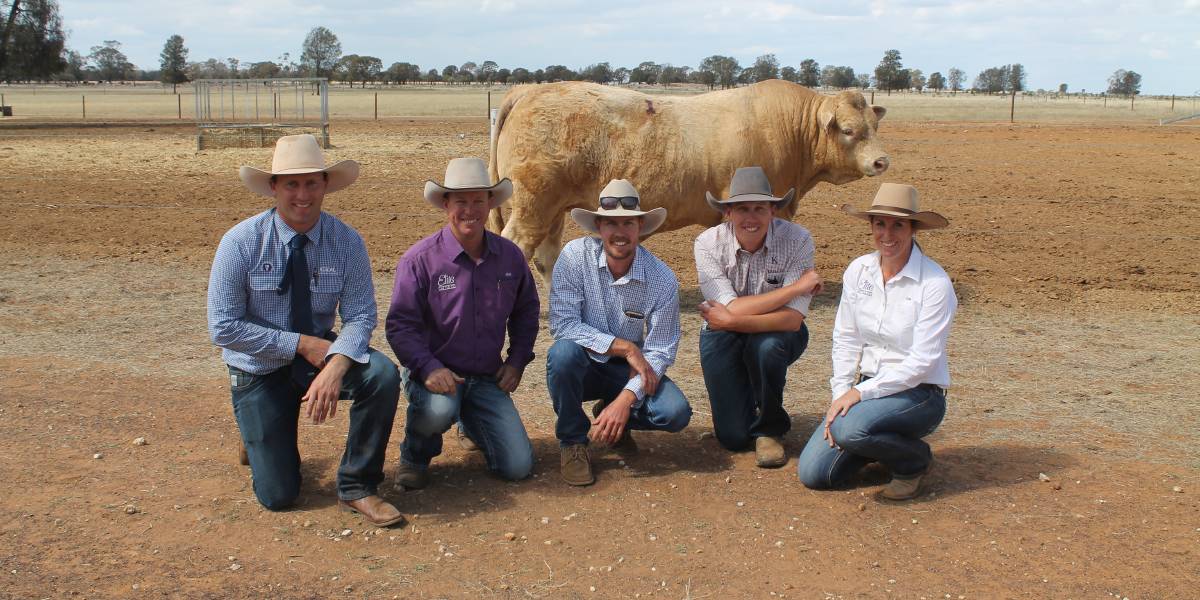 The Atkinsons also paid $16,000 for another black Simmental, Elite Powerplay (P), another from the first-crop of the BGS/BM Captain Scream 63D sons with a moderate, correct frame and plenty of thickness through the spine.

They also outlaid $14,000 for the Red Simmental, GK 113 Pandemonium (P) which had a strong topline and a big, square backend for their cross bred herd.

Return buyer Glenn Price, Marengo, Aramac paid the $16,000 equal top Charolais money for the first bull into the ring in Elite Payday (R/F) and the first of the three full brothers by Palgrove Admiral (P) (R/F).

Mr Price said he particularly liked Payday's depth-of-body and great temperament and he will be used with selected Charolais heifers with the view to breeding his own bulls for in-herd use.

The Anderson family bought nine bulls for a $10,278 average which included top end Sim-Angus bulls for the first time to trial over second calf Angus breeders.