The south coast of New South Wales is far enough away from Brisbane that it would prevent 83-year-old rhyme-master John Davis from attending the Ekka at the best of times. 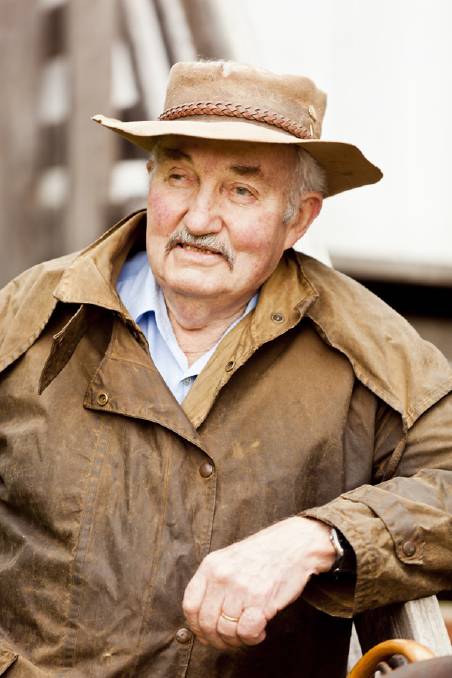 The south coast of New South Wales is far enough away from Brisbane that it would prevent 83-year-old rhyme-master John Davis from attending the Ekka at the best of times.

Throw in COVID-19 and he definitely wouldn't have participated in the 2020 RNA bush poetry competition, but when it was turned into an online competition, Mr Davis still had to contend with mastering the technology to film himself reciting and then submit two entries.

"I didn't even know how to do a video clip," he says in a voice full of expression.

"I had to learn how to do that - my son talked me through it on the phone - and then a grandaughter helped me put the entries in.

"Those two performances were the hardest I've ever had to do because I was looking at myself - it was really off-putting."

Hard it may have been but Mr Davis, who hails from Ulladulla, scored second place in class 1, reciting an established poem in the open section, and first place in reciting his own original poem, Full Circle.

The two performances combined made him the 2020 overall champion.

According to competition steward Tanielle Clark, the event attracted 40 entries, almost the same number of other years when live performances were how it was judged.

"It was pretty popular - entries came from interstate as well as the central Queensland area," she said. "The video option was particularly good for older people because it was COVID-safe and not compromising them in any way."

Although the first time Mr Davis has figured in the RNA prize-winners, he's been very involved in keeping bush poetry alive for a number of years, running a junior performance event for children at his town's local school, plus a major competition for the local show society.

"It takes half a day - there's a walk-up poet's breakfast and a kids' competition," he said.

"I really like to help the kids - I was at the Capella Show last year.

"I like to think I'm doing something to promote the genre, particularly among kids.

"Some of them would give the best adults a run for their money."

One he was particularly impressed with was Ekka junior winner Dustin Finger, from Capella. 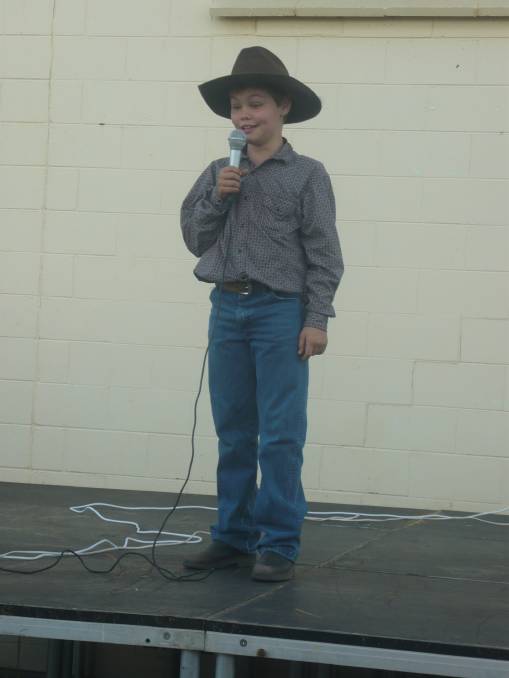 Mr Davis began composing poetry after his retirement in 2003, eventually publishing a compilation of his poems in 2007 titled Bushman's Tales: The way I see it, that sold 1400 copies.

"I lost an eye, thanks to a growth and glaucoma, and after I started to be a danger to myself, I sold out and started writing.

"My wife pointed out it was about my life."

That life originally was on land south east of Tibbooburra in the far west of NSW, as well as on land around Canberra, and owning supermarkets and working for a security company.

As Mr Davis said, he knows a bit about what he's writing.

The original poem recited for his winning entry, Full Circle, is about a "big yella dog", of course named Blue, who fails to impress when he follows his master into a mustering camp one night, but who is loyal to the last.

"I've written a few short stories but I like rhyme and rhythm," Mr Davis said.

"You can change the rhyming styles and still get a nice feel.

"I hate having to work out syllables though - some get very pedantic about it.

"I've gotten better as I've gone along and it's a journey I'm still on."

Tanielle Clark said the RNA would look into keeping the online competition going in 2021 and run it alongside the live competition.